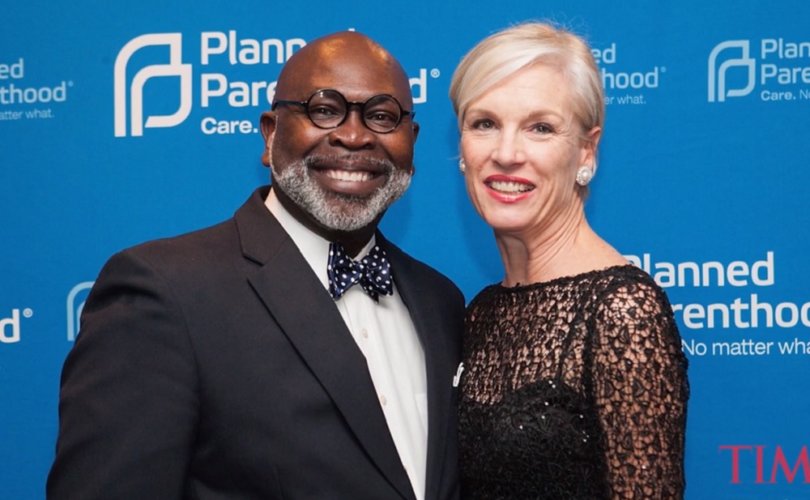 March 27, 2019 (LifeSiteNews) — Several weeks ago, one of America’s most prominent abortionists faced off in debate with Professor Mike Adams at the University of North Carolina. Willie Parker is famous for claiming to be a Christian who finds fulfillment in performing abortions, and in 2017, he authored the book Life’s Work: A Moral Argument for Choice. Adams is a professor, a columnist, and the author of Welcome to the Ivory Tower of Babel. A fierce opponent of abortion, he was clearly determined to force Parker to reveal to the audience the hideous nature of the work he is so proud of.

Parker, for his part, clearly thought it would be a clever tactic to simultaneously concede and disregard the main argument pro-lifers make against abortion right out of the gate. “It is wrong to kill an innocent human being, I agree,” he stated. “Uhhh…abortion kills a human being, I agree. When I do an abortion, I am clear what she is asking me to do for her. I am clear that she is asking me to remove a fetus from her. I am clear that in your terms, it is the intentional killing of a fetus.”

Adams got straight to the point. “So when you crush a human skull, it’s not really grey matter, it’s white brain matter that oozes out?” he asked Parker.

“What’s your point?” Parker shifted on his stool.

“No, I’m asking you a question. Is the brain matter that oozes out when you crush a human skull white?” Adams repeated.

“What does it matter? You’ve described what I do. So what is your point?” Parker was defiant but clearly beginning to feel uncomfortable with the line of questioning. Perhaps he realized that a good day’s work for him might be horrifying even for the pro-choice students in the audience who might be uncomfortable with the idea of skull-crushing.

“My point is that it intentionally kills a human being,” Adams replied. “Would you concede the point?”

“It inten—I’ve…started my—my ma—my first concession was to your two syllogisms.” Parker was almost chuckling, as if Adams had walked into his trap. “That abortion kills…uh, a human being. It is the intentional disruption of a pregnancy. It kills a human being.”

Adams kept on him: “How many innocent human beings have you intentionally killed in your life’s work?”

“Yeah.” Parker’s tone was infused with the banality of evil.

Dr. Willie Parker is a member of the new generation of abortion activists, those who have long abandoned the language of “safe, legal, and rare” and instead celebrate abortion as a genuinely good thing — even though human beings have to die to grant freedom to their parents. You have to break a few eggs to make an omelet, the logic goes. And Parker, of course, has infused his defences of skull-crushing with the sanctimonious claim that he does abortions because he is a Christian.

So it will be interesting to see how he chooses to defend himself in the wake of a new scandal that has just erupted inside the American abortion industry. A blog post written by abortion activist Candice Russell describes what she calls “inappropriate and predatory behavior which had become increasingly prevalent.” She is vague about some of the details but alleges that Parker would ply women with alcohol while pretending to drink himself, although in reality he was staying completely sober and waiting for the women — nearly all of them involved in the abortion industry — to get drunk enough to succumb to his advances.

“How many of you were told, like I was, that disclosing would hurt the movement and our chances at surviving the ongoing attacks being made against abortion access?” Russell wrote. “The weight of something that heavy always on top of you until eventually it felt like you might suffocate, and you were forced to choose between healing and continuing the work you love, knowing you couldn’t give it up despite the fact it seemed to be killing you?” Leaving aside the crude irony of Russell’s word choice, what Russell describes sounds like the Clinton-Lewinsky affair all over again: a much older, predatory man consistently getting a pass because he was willing to go to the mat for those who believe that skull-crushing is a human right.

But this is the age of #MeToo, and the old rules no longer apply. Ten years ago, Willie Parker would have continued to do what so many male feminists have done over the years: taken sex in exchange for abortion support, and counted on his prey to remain silent due to his willingness to victimize the smallest of human beings in exchange. Now, however, allegations cannot be ignored, and pro-abortion news outlets such as Jezebel and ReWire are begrudgingly covering the news. Considering the shortage of abortionists faced by most abortion networks, however, it seems unlikely that these allegations will actually damage Parker’s career.

At the end of the day, the abortion industry is a business where there is predator and there is prey. Predators love abortion: it is often the best way of covering up their crimes, dodging their responsibilities, and ensuring that they escape the consequences of their behavior while leaving girls and women to suffer and their children dismembered and cooling in dumpsters behind establishments where men like Dr. Willie Parker work. Parker himself admitted he kills innocent human beings for a living. Are we really surprised that there is more to the story?