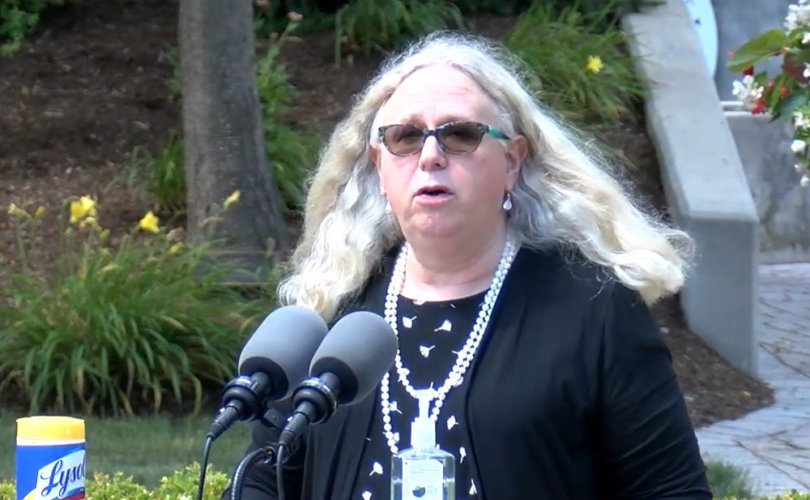 (LifeSiteNews) —To get an idea of how badly truth will fare in the hands of our elites, consider two recent media stories.

In a particularly weird coincidence, the Biden Administration set up a “Disinformation Board” to combat “disinformation” at precisely the same time Elon Musk acquired Twitter in hostile takeover, promising to restore free speech and transparency to the platform. This new project was immediately compared to Orwell’s 1984 Ministry of Truth, which was promptly denied by the Biden Administration. (The best response headline: “‘There Is No Ministry of Truth,’ Minister of Truth Confirms.”)

Many also commented on the fact that the very Administration which insists that men can get pregnant and touts Rachel Levine (a man originally named Richard) as the highest-ranking “female” U.S. admiral has abandoned any credibility on the issue of disinformation. But even more hilariously, there’s a decent chance that there is a straight line from a joke made by The Babylon Bee naming Rachel Levine “Man of the Year” and Musk’s decision to buy Twitter. After The Bee had their account restricted over the joke, Musk contacted CEO Seth Dillon and reportedly told him that he might have to buy Twitter.

Which brings us to our next story. Admiral Levine, who serves in the Biden Administration as the assistant U.S. Secretary for Health, recently attacked Florida’s Surgeon General Joseph Ladopo for putting out a statement on April 20 noting that Florida would “clarify evidence recently cited on a fact sheet released by the U.S. Department of Health and Human Services.” Specifically, Ladopo noted that “[s]ystematic review on hormonal treatment for young people show a trend of low-quality evidence, small sample size, and medium to high risk of bias.”

Ladopo was responding to an HHS document which advocated for puberty blockers for children with gender dysphoria, stating in part: “For transgender and nonbinary children and adolescents, early gender-affirming care is crucial to overall health and well-being as it allows the child or adolescent to focus on social transitions and can increase their confidence while navigating the healthcare system.” Included in the recommended care in addition to puberty blockers were double-mastectomies, castrations, and full sex-change surgeries.

The HHS document is particularly egregious in light of a growing body of evidence that this ongoing medical experiment being performed on minors is physically destroying tens of thousands of children, with strong evidence that life-long medical patients are being created as a result. As Abigail Shrier pointed out in her must-read book Irreversible Damage: The Transgender Craze Seducing Our Daughters, most children with gender dysphoria grow out of it—and many of those experiencing it today are part of what Dr. Lisa Littman has referred to a “peer contagion.”

The Florida Department of Health noted this evidence:  “A paper published in the International Review of Psychiatry states that 80% of those seeking clinical care will lose their desire to identify with the non-birth sex.”

The response of Biden’s highest-ranking transgender official was to accuse the Florida Department of Health of playing politics. Levine, in fact, decided to tell an obvious and easily disprovable lie on National Public Radio, stating that “there is no argument among medical professionals … about the value and importance of gender-affirming care,” and accusing Ladopo of issuing “a statement based on political considerations that is not appropriate.”

Speaking to National Public Radio, Admiral Rachel Levine, the U.S. assistant secretary for health, used the opportunity to attack Florida’s surgeon general, Joseph Ladopo, an ally of Florida GOP Governor Ron DeSantis. Levine accused Ladopo of putting out “a statement based upon political considerations that is not appropriate.”

So let’s summarize for a moment. The Babylon Bee and other Twitter users get banned or restricted for pointing out, on a platform that amounts to the digital public square, that Mr. Levine is a man. Following that, the Biden Administration, which employs Levine, sets up a Ministry of Truth to combat disinformation. That same month, Levine condemns the Health Secretary of Florida for pointing out that it can be dangerous to offer sex changes and hormone treatments to children, and insists that, in his view, this is disinformation because all doctors agree with him (even though this is obviously not true.) Also, he says, call me ma’am!

Do you see the problem here?