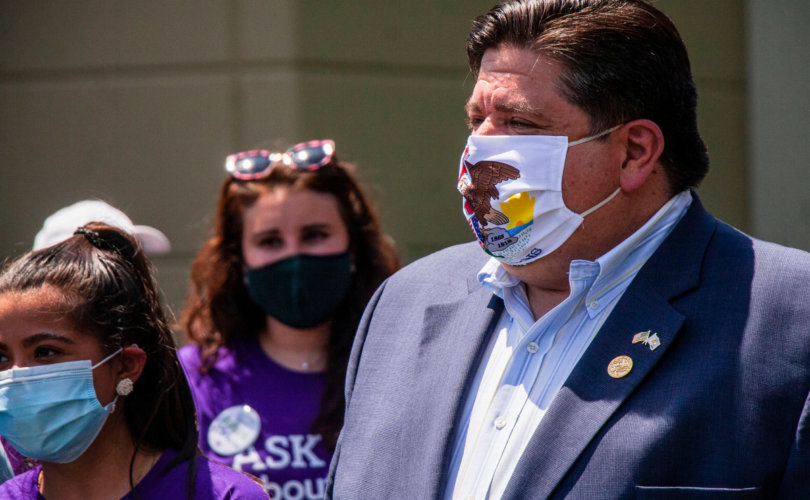 (LifeSiteNews) – One of the wealthiest families in America is responsible for a drastic change in how America – and by extension, the world – perceives sexual identity, according to an extensive report by journalist Jennifer Bilek in Tablet Magazine.

Bilek contends that the Pritzker family, who originally made their fortune through the Hyatt hotel chain, has endeavored to throw their fortune at transgender ideology, or “synthetic sexual identities” (SSI).

Bilek employed the term “SSI” instead of “transgender” because, in her opinion, it more aptly fits the trajectory and outcome of current gender ideology. In my opinion, she makes a lot of sense, as the notion of “transgender” contains an implicit assumption that there is such a thing as gender, and therefore a sexual reality that is binary. However, with the advent of innumerable manifestations of gender identities, Bilek believes it is better to use a more expansive term.

She wrote, “I have since stopped using the word ‘transgenderism’ as it has no clear boundaries, which makes it useless for communication, and have instead opted for the term SSI … ”

Before I continue, I will say that I disagree with Bilek’s implicit support for what might be called “gay rights.” Although she does a wonderful job picking apart the insanity of gender ideology, one does get the impression that she supports legalized same-sex unions.

At any rate, her research is remarkable, and the amount of money and resources the Pritzkers have thrown at SSI endeavors is startling.

Who are the Pritzkers?

The current governor of Illinois is J.B. Pritzker, and the family’s involvement in politics and medicine goes back decades. Over the years, the family has given hundreds of millions of dollars to medical schools and associations.

The Pritzkers are Jewish in origin, from Ukraine initially, and members of the family have made their mark in the military, finance, real estate, and government.

“The Pritzkers became the first American family to have a medical school bear its name in recognition of a private donation when it gave $12 million to the University of Chicago School of Medicine in 1968,” Bilek wrote.

Investments such as this “have provided the family with a bridgehead into the world of academic medicine, which it has since expanded in pursuit of a well-defined agenda centered around SSI.”

In 2002, Jennifer Pritzker (who was born James Pritzker) founded the Tawani Foundation, which has funded a variety of medical organizations with the aim of providing “gender care.” S0-called gender care includes forming “gender creative children.”

Under the umbrella of s0-called gender care is something called “gender creativity,” which is geared toward children.

Gov. Pritzker and his wife have committed $25 million through the family foundation to early childhood education research.

Since becoming governor, Pritzker issued an executive order in 2019 to promote the SSI mentality in Illinois schools. In August 2021, he signed into law a new sex education bill that was created in accordance with the National Sex Education Standards (NSES).

The new sex-ed curriculum set to be unleased in Illinois this August is chock full of gender ideology and encourages children as young as eight years old to “explain differences between cisgender, transgender, gender nonbinary, gender expansive, and gender identity.”

The Pritzker push to teach children gender ideology goes even further. Jeanne Pritzker, the governor’s sister-in-law, is a psychologist at UCLA and member of the board for the Geffen School of Medicine, which is associated with Mattel – the toy company that gave the world the first “transgender Barbie.”

In addition, the Pritzker family fortune has been used to support a number of institutions that provide “gender clinics” for children. One such institution is Boston’s Children’s Hospital, which now offers Gender Multispecialty Service to children as young as three.

Pritzker family activity also takes place outside of the U.S. The Bonham Centre for Sexual Diversity Studies at the University of Toronto was partly funded by Jennifer (James) Pritzker. The institution is invested in the deconstruction of human sex, and one of the teachers at the Bonham Centre is also the curator of “Canada’s largest archival collection of pornography.” His name is Nicholas Matte, and he has denied that binary sexual identities exist.

Rothblatt seems to have a bit of a God-complex mixed in with her transgender ideology; she once stated: “ … [W]e are making God as we are implementing technology that is ever more all-knowing, ever-present, all-powerful, and beneficent.”

She asked, “But what could possibly explain the abrupt drive of wealthy elites to deconstruct who and what we are and to manipulate children’s sex characteristics in clinics now spanning the globe while claiming new rights for those being deconstructed?”

Whatever the reason, the infiltration of SSI ideology in our institutions is deeper and more well funded than we might have imagined.