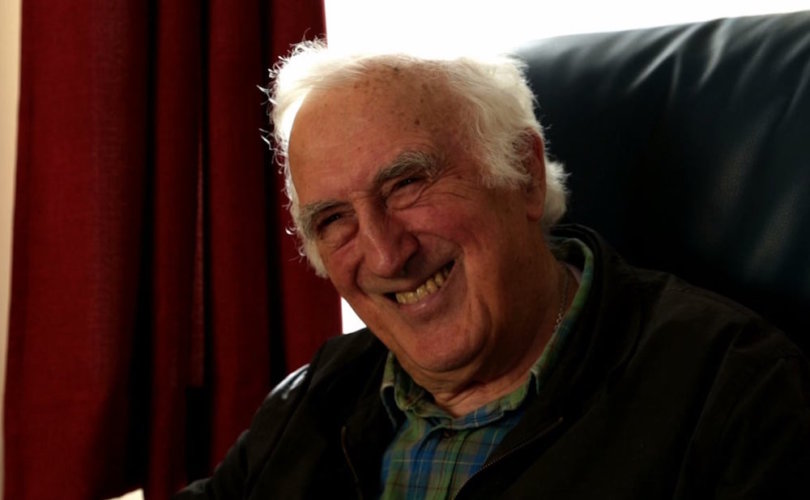 February 25, 2020 (LifeSiteNews) ― The suggestion by a biographer that Jean Vanier’s sexual abuse of women was caused by Catholic teaching on sexuality was like a thump on a bruise.

Like many Canadian Catholics, and Catholics from around the world who have visited or even formed part of a L’Arche Community, I was horrified by revelations that its founder, the late Vanier, has been credibly accused of sexual misconduct by six women.

I am the author of a book about Catholic single life, Seraphic Singles, and when I was growing up, Jean Vanier was a catechetical textbook example of the vocation to the single life. He was also a homegrown Canadian hero, a son of heroes: the former Governor General Georges P. Vanier and Pauline Vanier, both of whom are considered candidates for sainthood. The chapel of the Newman Centre at the University of Toronto depicts Georges and Pauline in stained glass: that’s how big a deal the Vanier family is to Canadian Catholics.

That is, until now.

After reading the summary report published by L’Arche itself about Jean Vanier’s bizarre sexual “mysticism,” I remembered the parts of Thomas Merton’s diaries that touched upon his affair with a nurse. The post-war sexual revolution, which reached its Dead Sea fruition in the 1960s, coincided with an era of spiritual and liturgical experimentation. Psychologists Wiliam Coulson and Carl Rogers famously destroyed the once-thriving Sisters of the Immaculate Heart in the late 1960s, and the carnage included sexual experimentation. The late 20th century also saw a peak number of clerical sexual abuse cases. “… (M)ore abuse occurred in the 1970s than any other decade, peaking in 1980,” according to the John Jay Report.

I was one of the lucky Catholic kids in my generation: My mother taught me never to tolerate rude or weird behavior from a man because he was a priest. Since those days, I have met at least three women near my age who were groped by priests and met at least two priests guilty of sexual misconduct. Every incident was a terrible betrayal, not only because we expect priests to behave toward us as if they were our loving fathers, but because these Catholic priests were unchaste. The Catholic Church teaches chastity, chastity according to one’s state in life. For a priest, this means not expressing love sexually with anyone.

But Jean Vanier was a layman. He never became a priest. There was nothing preventing him from marrying and sharing his leadership of the L’Arche community with a wife. He was free to offer sexual love to a woman in marriage and to receive sexual love in return. However, he chose not to do that. Instead, he misused the gift of sexuality while counselling women who unsurprisingly saw him as a spiritual leader. And bizarrely his biographer has now blamed Catholic doctrines about sexuality for it.

In an opinion piece for Canada’s Globe and Mail above the Vanier scandal, Professor Michael W. Higgins wrote:

In the end, although this is not the end, one can draw some conclusions. The explosive combination of spiritual and erotic intimacy should be seen for what it is rather than posing as a special innocence, an entitled relationship. The deep pathology that runs through centuries of Catholic teaching on sexuality – a pathology marked by a deep fear of sexual pleasure with its body versus spirit dualism – needs to be recognized for its destructive potential. And the aftershocks of patriarchy reverberate throughout all of society. It’s time for a new and healthier anthropology. (Emphasis added.) The Vanier case doesn’t happen in isolation. None of our spiritual celebrities are bulletproof.​

Shocked by this bizarre misreading of Catholic doctrine by a Catholic academic, I reached out to philosopher Peter Kwasniewski for a second opinion.

“It is too easy for critics of Catholicism to imagine that somehow if the Church's moral standards in the area of sexuality were more relaxed, everyone would just get along fine; less room for cover-up, hypocrisy, pseudo-mysticism, and so forth,”  Kwasniewski wrote back.

“The reality is quite the opposite. It is the explosive combination of 1960s sexual libertinism, the loss of ascetical discipline in the post-Vatican II period, and the failure of the Church to defend its ethics that have landed us in this mess,” he continued.

“In reality, the only thing that has ever protected innocent victims is a strong moral code, unambiguously upheld.”

He explained that when society was imbued with Christian morals, sexual aberrations were at “an all-time low,” but now that society has thrown off almost all standards, we see “addiction to lustful behaviors and exploitation on a scale never before dreamt of in anyone's worst nightmare.”

“The Catholic Church, in fact, remains just about the only dam against a total inundation of destructive self-indulgence,”  Kwasniewski added.

“This is no 'pathology marked by deep fear,' but an experienced realism with fallen human nature; this is no 'dualism' but a firm insistence that faith and reason should be in command over instinct and passion.

“I'm not sure what 'brave new world' Higgins has in mind, but if it looks anything like today's world, I'll stick with strict Catholic morality, thank you,” he concluded, but then wrote back to add, “Blaming abusive behavior on the Catholic Church's sexual ethics is like blaming the spread of the coronavirus on the use of face masks, personal hygiene, and quarantine.”

Dr. Janet Smith, formerly a professor of Moral Theology at Sacred Heart Seminary in Detroit, told me that she found Dr. Higgins’ remarks about a “deep pathology” in Catholic teaching on sexuality and patriarchy “altogether gratuitous.”

“They serve no useful purpose but to put Church teaching in a negative light. It is a stretch to claim that Vanier's actions stem from Church teaching on sexuality,” Smith wrote.

“Would a greater celebration of the pleasures of sex in Church teaching have deterred Vanier from misusing his authority and exploiting vulnerable women?”

She thought it was “shameful”and “tedious” of Higgins to use the Vanier scandal to blame Church teaching although she agrees that there is “an ocean of corruption in the Church presently.”

“Vanier is another extremely disturbing example of people hiding behind the mantle of holiness to exploit others,” Smith wrote,  “but had he been living by the Church's teaching on sexuality, he would have revered women and protected them from persons such as himself.”

I also reached out to Professor Higgins, who has not yet responded. I hope he does, for not only has he written a biography of Vanier, he has written extensively about Thomas Merton and on the clerical sexual abuse crisis.

I have an M.Div. degree,  and I was well-trained enough to know that anyone in ministry must be aware of, and careful of, the emotional and spiritual power the role conveys. But at the same time, I know that our obedience to the Church’s perennial teaching on chastity, which has been bolstered in our time by the theology of St. John Paul II, is the best way to keep our vulnerable, easily-influenced admirers safe from us. The humility to know that we are capable of terrible sins, the prudence to remove ourselves from occasions of sin, and chastity according to our state in life are non-negotiables, and they are all counselled by the Catholic Church.

I agree with Peter Kwasniewski. We don’t need a “new anthropology.” We need to be more attentive to the voice of our Master, who says “Go and sin no more.”