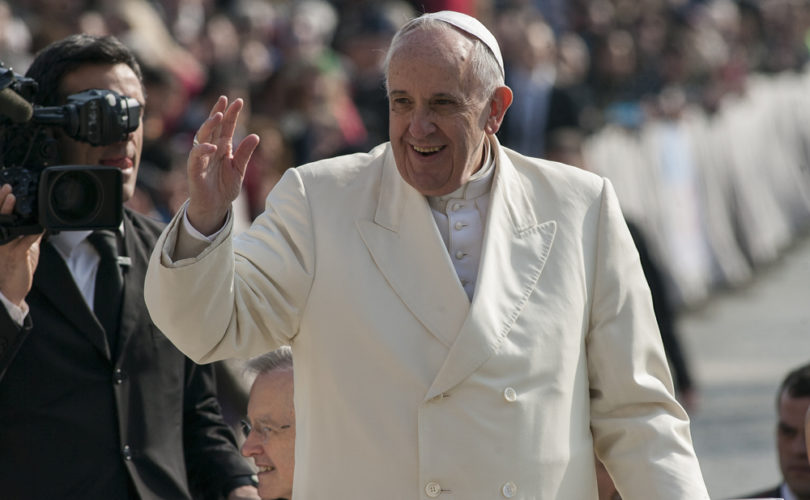 June 24, 2015 (LifeSiteNews) – One of the first drafters of the pope’s new encyclical on the environment has stressed that Francis did not intend to pronounce on the scientific questions related to climate change.

In an interview with Inside the Vatican’s Giuseppe Rusconi, to be released in English tomorrow, Bishop Mario Toso said, “I must insist; It is not the intention of Pope Francis” to pronounce on scientific debates, “but to reflect on the anthropological and ethical issues that arise from them.”

Whatever the pope’s intentions, however, his emphatic tone in raising these moral issues does convey that he holds a rather clear stance on the matter.

He says, for example, that:

Despite Bishop Toso’s assertions and even similar reflections in the encyclical itself where the pope says he does not mean to “settle scientific questions” but to open debate (188), world leaders have nonetheless taken Laudato Si’ as the pope’s push for action on global warming as a moral imperative.

U.S. President Obama, for instance, said, “I welcome His Holiness Pope Francis's encyclical, and deeply admire the Pope's decision to make the case — clearly, powerfully, and with the full moral authority of his position –- for action on global climate change.

His sentiments were echoed by United Nations Secretary General Ban Ki Moon, who said:  “Pope Francis and I agree that climate change is a moral issue that requires collective urgent action. It is an issue of social justice, human rights and fundamental ethics.”

Bishop Toso was until January the secretary of the Pontifical Council for Justice and Peace, and in that capacity was involved with the first draft of Laudato Si’, written in 2014. Currently he is bishop of the Diocese of Faenza-Modigliana in Italy.