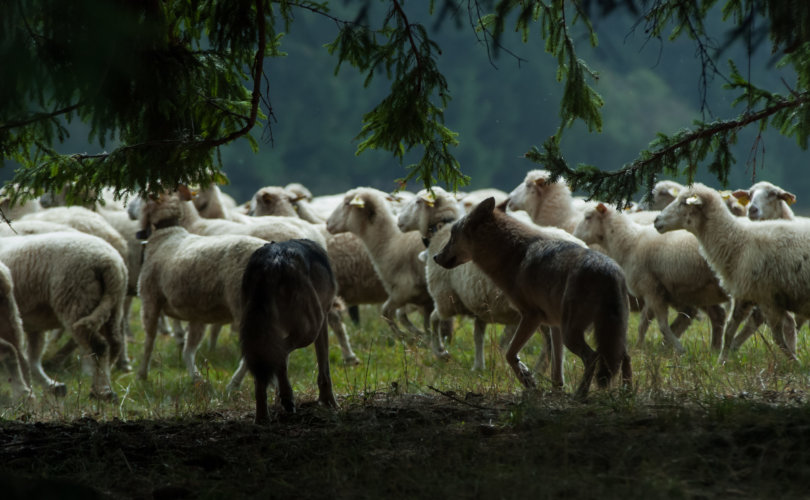 August 21, 2020 (LifeSiteNews) – Bishops are discouraged by all sorts of things from performing their duties with the fidelity and vigor that the nature of their job enjoins. I don’t envy them. It is often said that many priests decline the offer of episcopal promotion, and it is not difficult to see why. But there is a big difference between saying that doing the right thing is very difficult and saying it is impossible. We can be obliged to do what is very difficult. We can’t be obliged to do the impossible: that is, really impossible.

What should bishops be doing? They have an obligation to safeguard the salvation of all the Catholics in their dioceses, so they must act against spiritual dangers to their flock. Thus, they are under an obligation to denounce ideas or individuals who present an urgent threat to their people’s spiritual welfare, and remove people from roles in the diocese, including schools, where they threaten people’s spiritual welfare.

This kind of thing must be done in an intelligent and strategic way, and there is nothing wrong in itself in a bishop minimizing bad publicity and observing his obligations as an employer and things like that. But it is difficult to avoid the impression that even many bishops who have a reputation for orthodoxy are not doing this intelligently and strategically: they are just not doing it. They inherit deep-seated problems and content themselves with fiddling about on the edges of these problems. To strike into the heart of the problem would involve annoying too many people, and these bishops would defend themselves by saying that this would be, for practical purposes, “impossible.”

A prime example of this has been the behavior of bishops over the past 30 or 40 years who find networks of clerical abusers in their dioceses. In many cases, we will never know which bishops knew what, but no rational person could deny that a great many bishops know a great deal, and failed to act decisively, or sometimes at all, to deal with it. We see exactly the same pattern with other serious problems in dioceses, such as the corruption of Catholic schools, liturgical abuses, the teaching of heresy in seminaries, and so on. Bishops — the good ones, the ones who would like to do something about these things — will tell us the same thing in each case. They do a little, they would have liked to do more, but it is “impossible,” because it would annoy too many people.

Why are they concerned about annoying people? It might be that they are psychologically inadequate individuals desperate for approval from evil people, but there may be more to it than that. It may be that they are convinced, let us suppose with good reason, that the stink their opponents would kick up would be enough to prevent them doing any more good. This may mean that if a local newspaper demonizes them they won’t be invited to nice parties to schmooze potential benefactors, but again, there may be more to it. The extreme end of the spectrum of possibilities is that they will be removed from office by the Holy See or civil authorities.

This is an extremely unusual event, but it is not unheard of. Let us make the maximum concession possible and say: OK, in this case, the bishop would be removed if he took the only steps that would make real headway into the problems in his diocese, which it is his job to oppose with the utmost of his strength.

Does that mean he should not take those steps? Of course not. It means that their effectiveness will be short-lived, and this is something a bishop with foresight can take into consideration in deciding how to go about it. He can arrange things so he goes out in a blaze of glory, giving witness to the truth. (It is interesting that this never happens.)

OK, suppose things are even worse: suppose that his enemies are so pervasive and powerful that they can make sure that no positive witness will arise from his futile efforts and swift removal. What then? Well, two things follow.

First, bishops and their friends will tell us that the choice is between doing nothing effective, and being removed, and doing small good things. But this is not so. The choice is between refusing to cooperate with evil, and agreeing to cooperate with evil. Because the career they have mapped out will involve ceaseless, close, and often formal (intentional) cooperation with evil.

The second thing is that these pervasive and powerful enemies, who are able to ensure that the bishop will not be able to give any effective positive witness by standing up to evil, will obviously arrange the most effective possible negative witness of an apparently good bishop cooperating with abusers and heretics. This has a cripplingly demoralizing effect on those beleaguered people in the diocese who are trying to do the right thing.

God alone will judge our bishops, and I hope and pray they are found to have done more good than is visible to us. But if they fail to protect their flocks, as parents must protect their children, regardless of the cost, then their judgment will be heavy.