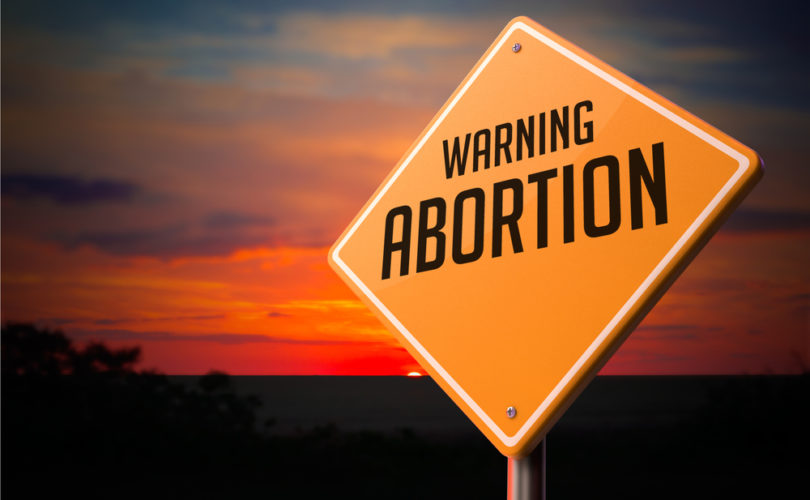 April 15, 2020 (LifeSiteNews) – In July 2019, Parliament in London passed the British government’s Northern Ireland (Executive Formation, etc) Act. Section 9 of that Act threatened to impose on Northern Ireland one of the most extreme abortion regimes in Europe.

In my last blog, I expressed disappointment at the response from the Catholic bishops of Northern Ireland to the Abortion (Northern Ireland) Regulations 2020, which were laid in Parliament by the British government last month (March 25).

I explained that the Northern Ireland bishops were basing their position on an irrational interpretation of Section 73 of Evangelium Vitae, Pope St. John Paul II’s encyclical on the inviolability of human life.

I made the point that the “strict requirements of the 2019 Act,” to which the Northern Ireland Catholic bishops refer,  involve the removal of legislation that, for nearly 140 years, has been the great bulwark – and virtually the only safeguard – against abortion in Northern Ireland: namely, Sections 58 and 59 of the Offences against the Person Act 1861. These “strict requirements” will also mean that Catholic schools are used to promote and facilitate abortions under the new regime … and that they enforce an abortion regime in Northern Ireland that permits the killing of babies in circumstances even more extreme than is currently permitted under the Abortion Act which prevails in Britain.

So what kind of abortion regulations do the Catholic bishops of Northern Ireland want the Province’s politicians to enact? What level of abortion would not exceed the strict requirements of the 2019 Act?

Last month, the authors of a well-intentioned pro-life London-based initiative, no doubt keen to mitigate the worst effect of the government’s framework, circulated proposals for the regulation of abortion in Northern Ireland. Through this initiative, MPs were asked to lobby the Prime Minister not to exceed the requirements of the 2019 Act by only allowing abortion under the following conditions:

Despite the 12-week time limit, these proposals would permit abortion on demand. In England and Wales, 99.9 percent of abortions are carried out because of a risk to the woman’s mental health. Just over 9 in 10 abortions are performed at 12 weeks or less.

The notes that accompanied these proposals made clear that a strict interpretation of the 2019 Act would allow abortion up to birth for babies with a life expectancy of fewer than four years.

Thus, pro-life MPs were asked to demand the implementation of legislation that they opposed less than 12 months ago. The acceptance of abortion within approved conditions, even on the specious reasoning that it will avoid something even worse, threatened to deal a lethal blow to the conscience of pro-life politicians who support such a strategy.

This may or may not be the legislative approach favoured by the Catholic bishops of Northern Ireland – perhaps they had something stricter in mind. Nevertheless, whatever their intentions the point I made in my last blog still applies:

Imagine for a moment that Section 9 of the 2019 Act legalised infanticide rather than abortion. Would anyone seriously propose amending the law to end the killing of Catholic children while the infanticide of Protestant children continued? Even if such legislation permitted the killing of just one child it would clearly be wrong to campaign or vote for such a proposal. This would remain the case no matter how many lives we calculated might be saved.

The truth is abortion, like the murder of a newborn child, is an intrinsic evil. And once pro-life legislators adopt a pragmatic approach to an intrinsic evil they may find it impossible to recover their principles.

There is no acceptable level of violence against children. And that is why the Catholic bishops, pro-life politicians and the whole of the pro-life movement must demand nothing less than the complete repeal of Section 9 of the Northern Ireland (Executive Formation) Act.