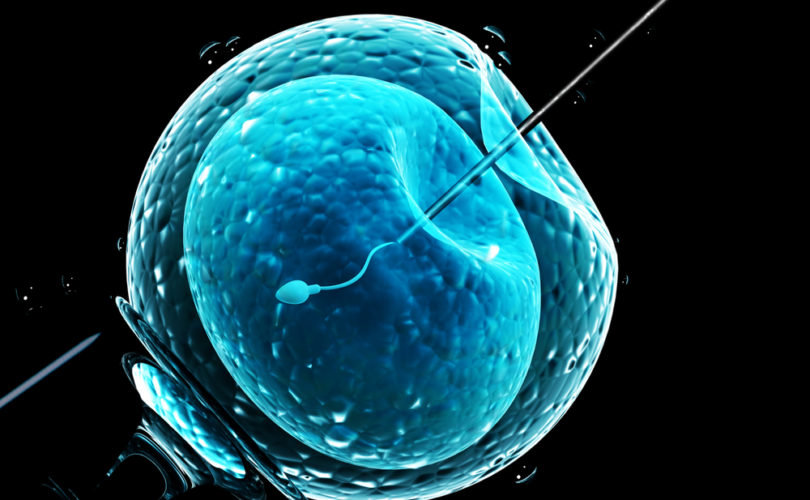 June 16, 2021 (LifeSiteNews) — In 2011, a ground-breaking film titled Anonymous Father’s Day was released, detailing the struggles of thousands of people seeking to discover their genetic origins. Conceived through artificial insemination with donor semen from sperm banks, the documentary traces the stories of men and women attempting to identify their biological fathers. It is based largely on a study on the subject called “My Daddy’s Name is Donor.”

In recent years, there has been an increase in stories about fertility doctors who have artificially inseminated women with their own sperm. USA Today, for example, reported this month on the story of Dr. Martin Greenberg, who worked in New York City in the 1980s and secretly used his own semen while artificially inseminating women. As people increasingly seek out their origins using DNA tests such as 23andMe and AncestryDNA, they are making unexpected discoveries.

In response, the biological children of these fertility doctors are demanding regulation and reform. Some doctors have been sued. Six states, including Indiana, Colorado, California, Texas, Arizona, and Florida have passed laws against “fertility fraud.” Other states are contemplating doing the same. The reproductive technology industry sprung up quickly and spread fast — and not until DNA tests became affordable and widely available did it become clear how many physicians were acting unethically, and with bizarre results.

Some, like Greenberg, took the opportunity presented to them by this industry to artificially inseminate women with their own sperm when they believed they were using semen that had been frozen in sperm banks.

But as USA Today revealed in its report, not all of these women were. Dr. Cecil Jacobson of Virginia was revealed to have fathered a minimum of 15 children in this fashion, and was convicted of 52 instances of fraud and perjury in 1992. Ten other doctors have thus far been accused, in court, of “fertility fraud,” according to the research of Jody Madeira of Indiana University. Dr. Donald Cline of Indiana conceived at least 60 children through his fertility clinic to date and was discovered — and convicted — after a DNA test. Attorneys say there are dozens of such cases that have been litigated.

Many other bizarre situations have arisen as the result of the artificial reproduction industry. As the New York Times explained in its 2011 investigative report titled “One sperm donor, 150 offspring,” artificial insemination often has unintended consequences:

Cynthia Daily and her partner used a sperm donor to conceive a baby seven years ago, and they hoped that one day their son would get to know some of his half siblings — an extended family of sorts for modern times.

So Ms. Daily searched a Web-based registry for other children fathered by the same donor and helped to create an online group to track them. Over the years, she watched the number of children in her son’s group grow. And grow.

Today there are 150 children, all conceived with sperm from one donor, in this group of half siblings, and more are on the way. “It’s wild when we see them all together — they all look alike,” said Ms. Daily, 48, a social worker in the Washington area who sometimes vacations with other families in her son’s group …

Now, there is growing concern among parents, donors and medical experts about potential negative consequences of having so many children fathered by the same donors, including the possibility that genes for rare diseases could be spread more widely through the population. Some experts are even calling attention to the increased odds of accidental incest between half sisters and half brothers, who often live close to one another.

“My daughter knows her donor’s number for this very reason,” said the mother of a teenager conceived via sperm donation in California who asked that her name be withheld to protect her daughter’s privacy. “She’s been in school with numerous kids who were born through donors. She’s had crushes on boys who are donor children. It’s become part of sex education for her.

Critics say that fertility clinics and sperm banks are earning huge profits by allowing too many children to be conceived with sperm from popular donors, and that families should be given more information on the health of donors and the children conceived with their sperm. They are also calling for legal limits on the number of children conceived using the same donor’s sperm and a re-examination of the anonymity that cloaks many donors.

As it turns out, the cost of defying nature can be a high one. The reproductive technology industry is in the business of giving people babies, no matter the cost. As one donor-conceived man muses in Anonymous Father’s Day, those babies grow up — and they want to know where they came from. Many of them are not happy with the answers they find.