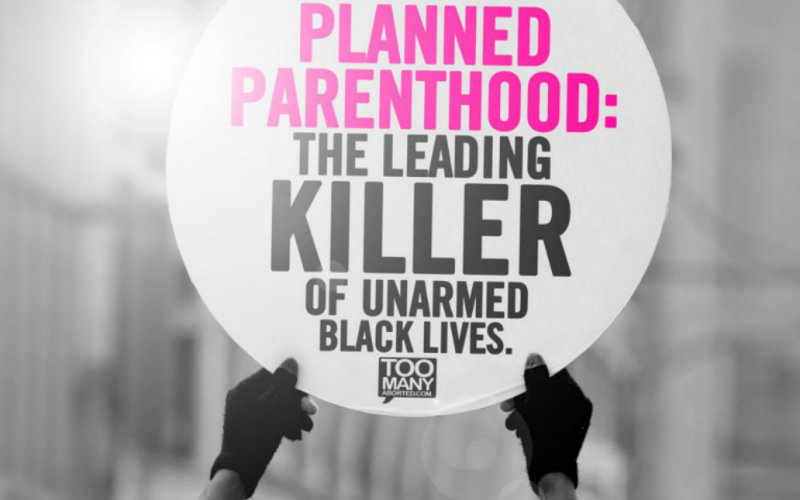 I’m literally fighting back tears as I write, again, about this prevalent injustice. They don’t see us as individual human beings, but a group to be exploited, separated, and judged based on our pigmentation.

I’m talking about mainstream media and their manipulation of all Americans, corralling us into our respective color zones. They have a narrative to peddle. And we see it with every tragic account of black Americans killed by those tasked with the extremely dangerous job of serving and protecting. I’m repulsed by a news media that is hellbent on fomenting a racial war.

I’m angry by the seemingly impulsive and irreversible actions of overzealous police officers whose punishment (if that even happens in court) will never bring back these precious lives.

Many of us can recall the names: Trayvon Martin, Mike Brown, Eric Garner, Tamir Rice, Freddie Gray, Alton Sterling. Regardless of guilt or innocence, we know their names. But who can recall one single white person killed by police officers? Go ahead. Ask your friend, your co-worker, your FB followers, your #BlackLivesMatter activist. The answer will be the same. Silence.

Whites are killed by cops, according to a database created by the Washington Post, twice as much as blacks. Out of a total of 990 killed, 494 (or 49.9 percent) were white and 258 (or 26 percent) were black, and 782 of those killed, or 79 percent were armed with a deadly weapon. But, hey, let’s only report when unarmed black individuals are victims of police brutality. This is a deliberate and despicable attempt by mainstream media to color the issue.

Just to put things into perspective, Planned Parenthood kills more unarmed black lives in one day than police are accused of killing in one entire year. (These Planned Parenthood-caused deaths of black unarmed lives in the womb amount to 266 a day, which is 30 percent — the percentage of the nation’s abortions among blacks — of the 323,999 abortions that generates more than  $200 million annually for the abortion chain.) The hypocrisy of  #BlackLivesMatter leaders screamed loudly as they recently announced solidarity with the pro-abortion movement. Apparently, black lives matter only some of the time.

So, armed with the one-sided reporting, #BlackLivesMatter leaders (who have no use for the facts) declare there is an epidemic of cops killing innocent black people. There are 45,672,250 black Americans (including those who are biracial); I’m one of them. The 258 police-caused African-American deaths in 2015 amount to 0.000006% of the black population. It’s tragic but not an epidemic. But if you tweet it a million times and mainstream media reports on it daily, how can you blame people for thinking this is widespread?

Every agonizing death is one too many. Last night, I heard from those who’ve lost loved ones to senseless violence, which were mostly the result of black-on-black crime. Yes. Black homicide victims’ biggest threat is not those in blue, but those with black skin. Of the 3,021 blacks murdered (single victim/single offender), 90 percent of the murderers … were black.

In a shocking episode of rhetoric-turned-reality, four cops were assassinated in Dallas because the “pigs in a blanket, fry ‘em like bacon” BLM crowd and liberal news media waged their war. Now, they must own the casualties. This isn’t the first time cops have been targeted and killed by BLM rhetoric and gun violence.

But, sure, Jesse Williams. Let’s blame “whiteness”. Let’s pretend “police somehow manage to de-escalate, disarm and not kill white people every day.” Guess those 494 white people killed by cops in 2015 are just imaginary. Williams, like many other #BlackLivesMatter celebrity activists, simply sticks to the script. There is just rich irony in a biracial man (from a black father and white mother), blaming “whiteness” for the violence and oppression of black Americans, being given the BET Humanitarian Award by State Farm (a company run by white executives with only one non-white, black Board member) and Viacom (a network run by white executives).

Which brings me to the epidemic that is happening in this country — Whites Accepting Guilt Syndrome, or WAGS. Just stop it. Stop crying on Facebook about your complicity when you ignore the context. Stop blaming your “privilege” for someone else’s actions. I’m tired of seeing fellow evangelicals mistake capitulation for compassion. We can rally for racial justice … any kind of justice, without embracing a fundamentally dishonest political movement. We will never defeat injustice, when and where it really happens, by the unjust power of a lie.

We can mourn the loss of innocent lives — white, black and every hue in between. We can work to improve communities ravaged by daily violence with our prayers, our presence, and our partnerships. We must defy the destructive narrative spewed by a reckless and irresponsible media establishment that regurgitates a black nationalist worldview in the guise of a new civil rights movement. Let’s move beyond a hashtag that has been used to bludgeon and use words that speak life and affirm our equal, and irreplaceable, worth as human beings who happen to be beautifully adorned with different pigmentation.