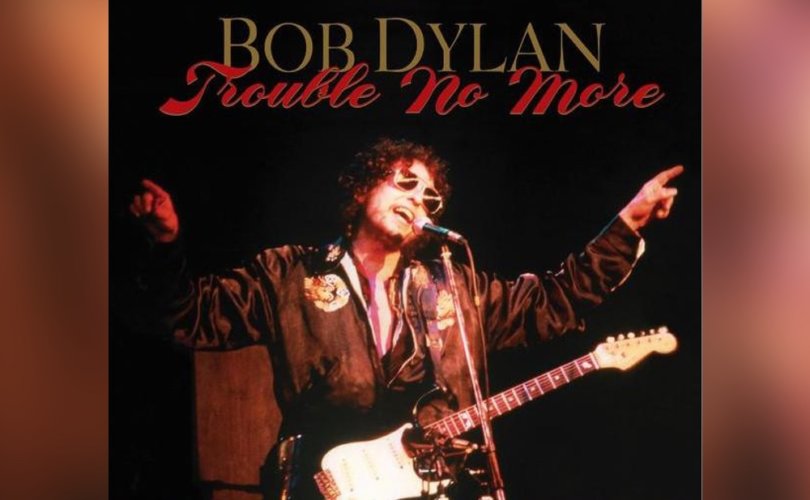 March 27, 2018 (LifeSiteNews) – The Western tradition has recognized for more than 2,000 years that music is a kind of language in and of itself. Words can be added to music and give it additional character, but music is already a language that speaks to the human soul.

As Josef Pieper reminds us, “music does not speak of things but tells of weal and woe.”

It speaks a certain message, or better, creates an atmosphere; it conveys an implicit worldview, stirs up feelings, evokes chains of ideas. By itself it cannot convey a particular message with the finely-chiseled precision of words, but neither is it amorphous and without power to communicate deeply what is in the bones and blood of its maker—or, at any rate, what he has the ability to plant within it.

But it is not only the immediate composer of music that matters. What is far more decisive is the style he inherits from his teachers, his models, his contemporaries, his era. Just as one cannot change meanings of words at random if one expects to speak to others, so one cannot just invent an altogether new musical language from scratch. The basic language and its many distinctive dialects are already there, to be unconsciously internalized or consciously exploited. A piece of music carries with it and conveys not only what its maker may be thinking and feeling, but in a deeper way, the thoughts and feelings of the culture out of which the musical style or its elements emerged.

So, if one takes a folksy Bob Dylan tune, with guitar accompaniment, and substitute Christian lyrics for the anti-war screed that might equally well have suited the music, is one really producing a work of Christian art—or is it rather a hybrid of a thoroughly secularized musical language with a textual veneer of Christian sentiments? The underlying language, the one that most shapes the soul, is the musical language, not the text. Words are cheap and mostly ephemeral; music is rich, its influence powerful, its resonance in the body long-lasting.

The living body reacts to the music more than to the words.

I have seen firsthand young Christian students of charismatic persuasion playing “secular” music in their rooms and then singing “religious” music in church, yet the two types of music to a large extent overlap as far as the musical language is concerned—that is to say, both are secular music, though the lyrics of the latter are religious.

In other words, the atmosphere of church and liturgy and prayer suffers pollution or infection from the antinomian atmosphere of Woodstock, the sing-alongs of a carefree beach party, the cool chords of a smoky bar. And it hardly needs to be added that the manner in which the “music ministers” in question sing and play their instruments—a manner untrained, rough-edged, sliding and slurring from note to note, without sensitivity, subtlety, or purity of tone—fits perfectly the musical language and its worldly origins, which, as music history shows, were a revolt against a religiously animated high culture.

We would not want (I hope) the aesthetic of billboards or the architecture of a supermarket for our churches, yet many welcome and even celebrate their equivalents in music. The only reason this can happen at all is that music affects our judgment more than any other art; we do not become blind to visual beauty as quickly as we become deaf to audible beauty. Music goes more deeply into the soul, into its passions and emotions; it affects us at the intersection of spirit and flesh, it gets “under the skin,” it goes into the very sense-appetites and shapes them by motion, by repetition.

That means we cannot help being affected morally by long-term exposure to any kind of music.

The music will make our passions—and through the passions, our souls and our selves—like unto itself. Conversely, people gravitate toward music that most reflects or voices their conscious and unconscious preoccupations or expectations. Those who are longing for transcendence and for eternal beauty will seek a music that somehow gives expression to this longing, this transcendence.

As a teacher I have seen, to my great dismay, that many young adults have never even once tasted the glories of well-composed secular or sacred music; it is a realm that practically does not exist for them.

Listening to Handel or Brahms for the first time at the age of 18 is as difficult as learning a foreign language from scratch; it would have been far better for the children to have been immersed in the music of such great composers from the time of their infancy. Nevertheless, I have also seen, as a teacher of music appreciation, that anyone can acquire education and good taste in music. It is never too late.

Traditional Church music is derived from and indebted to sacred precedents: Christian plainchant was born out of Hebrew chanting of the psalms, Renaissance polyphony grew out of plainchant (when singing a motet by Palestrina you can feel the Gregorian influence upon every line), Baroque styles emerged from Renaissance ones; and it is clear how the energetic nineteenth-century revival of chant and polyphony—a movement encouraged by popes and bishops—was able to restore to the liturgy a sense of dignity and serenity lacking in the period dominated by a florid operatic style, with its bombast and superficiality.

Although it has not always been possible to prevent their influence, the Church has always been suspicious of styles that evolved outside of the temple, in secular entertainments. In fact, the word “profane” means “outside the threshold of the temple.” This category includes useful but essentially non-sacred genres like drinking songs for the tavern, marching songs for the battlefield, and romantic songs for wooers and wooed.

Particular specimens of these types of music had a more or less direct influence on Church music from time to time, but efforts were made either to prevent this from happening or to purge the borrowings of any distracting reminders of “vulgar” life.

The reason is simple. As the faithful chant in the Byzantine Divine Liturgy of St. John Chrysostom: “Now let us who mystically represent the Cherubim and sing the thrice-holy hymn to the life-creating Trinity now set aside all earthly cares.”

The time we spend in church is a special time, consecrated to God, and ordered to our purification and divinization.

Guitars have no place in the Catholic Mass. Here’s why