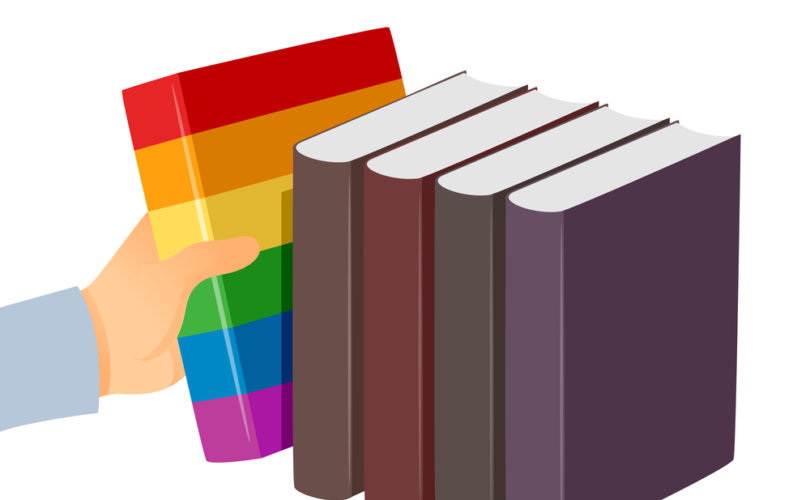 May 27, 2021 (LifeSiteNews) — The boom in LGBT content for children has continued, with yet another classic getting a Pride makeover. According to Christianity Daily, the fairytale Cinderella will be coming to Amazon Prime in September with a “LGBTQ sexless godmother,” played, unsurprisingly, by male homosexual Billy Porter. Porter told CBS that the new version will be “a classic fairytale for a new generation.”

The BBC is also plugging a new children’s book called My Daddies, the story of a motherless little girl adopted by two men. This book was newsworthy not because there is any shortage of this sort of thing lately, but because it is “the first book of its kind to be written and illustrated by same-sex adoptive parents,” and “the first picture book about two gay dads with both an LGBT author and illustrator.”

PBS, as I noted earlier this month in my LifeSiteNews column, is pitching a drag queen called “Little Miss Hot Mess” — funded by the taxpayer. The intended audience is ages three to eight.

Netflix’s latest animated feature film for children, The Mitchells vs. the Machines, also manages to shoehorn in some LGBT content. In one of the final scenes, the mother asks her daughter if she will be bringing her lesbian partner to Thanksgiving. This, of course, is precisely the sort of matter-of-fact representation the movement has long been pushing for.

LGBT toys, as one media outlet put it, are also “all the rage”:

Potato Head family sets feature gay and lesbian couples on the box. Barbie wears “love wins” T-shirts along with her girlfriend. Now Lego wants in on it. The Scandinavian toy brand has unveiled an LGBTQ-themed set called “Everyone Is Awesome.” It goes on sale June 1, the first day of Pride Month. Rather than depicting LGBTQ individuals or relationships, the toy centers around the 11 colors of the Pride flag, with bricks and figures in monochromatic colors. It’s a symbolic gesture of support for the LGBTQ community.

There are also queer takes on traditional storylines about princes and princesses, with tender illustrations of princes in love. One series, “Prince and Knight,” features two men holding hands, kissing, and assuring one another that “you’ll always be mine.” The prince “marries” the knight that helped him kill the dragon. According to Rich Ferraro of GLAAD: “Prince & Knight: Tale of the Shadow King is an exciting adventure that reminds kids that not all princes fall in love with princesses. Fairytales are so innate to the experience of childhood, and we’re hopeful that by providing children with stories like this one, we’ll inspire a better future for LGBTQ people.”

And that’s just a start. According to Publisher’s Weekly, there’s scads of LGBT books for kids coming out this year. There’s Adventures with My Daddies, Daddy and Dada, Jacob’s School Play: Starring He, She, and They, Little People, Big Dreams: RuPaul, Pride Puppy, Two Grooms on a Cake, What Are Your Words? A Book About Pronouns, and literally dozens of others. Public libraries and bookstores are stocked with books about trans kids, LGBT “families,” drag queens, being non-binary, and gender fluidity. You’d think it’d be hard for the propaganda to keep pace with the revolution, but they’re doing it.

Those who predicted that indoctrination of children was on the agenda, of course, were called conspiracy theorists, bigots, and homophobes. Now that indoctrination is both institutionalized and commercialized, you’re called a conspiracy theorist, bigot, and homophobe for pointing this out. Queer is in, Christian is out, and all you can do is ensure that you keep a close eye on your kids at the library, at Barnes and Noble, and online. The LGBT activists certainly will be.