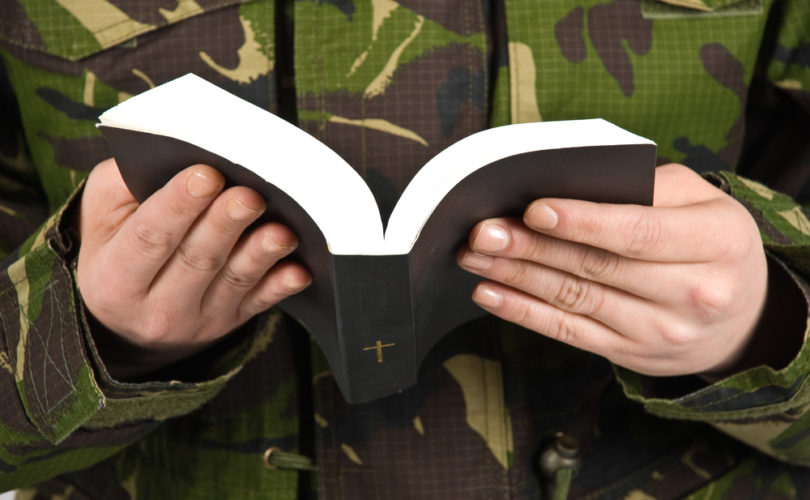 And do we really believe that our fellow men do not also spit out the tepid?  When has the Church ever won friends by trying first to win friends?  When has human respect ever worked toward turning the hearts of men away from themselves and towards God?  When we think first of the opinion of others, do we not reverse the command of Jesus by saying, “Let us seek first the things of earth, and then the Kingdom of God will be given to us into the bargain”?

In my own lifetime, with a breathtaking swiftness, I have seen the madness of immorality and the denial of God sweep over and smash the last poor levees that a once Christian people had erected.  Things unspeakable are celebrated and forced upon the minds of vulnerable children.  The fundamental society of the family is a brick riddled with holes and crumbling into dust.  The State, wearing the risible cloak of democracy and popular consent, resumes its ancient throne, and its puppetteers, as if they were the servants of the only god, consider absolutely nothing to be beyond their purview and their competence.

It will not do, in this occupied city, simply to cry out for our civil rights, and to rest content if we can but secure them.  What can we be thinking?

I'm no Tertullian, seething with resentment against his old paganism and his classical learning.  I'm not warlike by nature.  That is why I must become warlike by grace, confirmed by the Holy Spirit, because the Christian, as Pope Leo XIII says in Sapientiae Christianae (1890), is “born for combat.”

We have not chosen the war.  The war has come to us.  The enemy has won all of the recent battles, and now we live as subjects under suspicion in an occupied city.

It will not do, in this occupied city, simply to cry out for our civil rights, and to rest content if we can but secure them.  What can we be thinking?  People who believe only in the material order might make so gross a mistake, but we are supposed to understand that the temporal is but a shadow of the eternal, and that the current unpleasantness is but a moment in the long warfare of salvation.  So much less can we shrug and say, “We mustn't cry too loudly even for our rights, lest we offend the people we want to reach,” while sipping our warm skimmed milk and failing to keep even our own children within the fold.

Pope Leo spares no words in his appraisal of such a strategy of ducking and scraping and saying pretty-please:

The prudence of men of this cast is of that kind which is termed by the Apostle Paul wisdom of the flesh and death of the soul, because it is not subject to the law of God, neither can it be [Rom. 6:7].  Nothing is less calculated to amend such ills than prudence of this kind.”

The enemies of Christ, he says, openly proclaim that they wish to “destroy” the Church.

With such a purpose in hand they shrink from nothing; for they are fully conscious that the more faint-hearted those who withstand them become, the more easy will it be to work their wicked will.  Therefore they who cherish the prudence of the flesh and who pretend to be unaware that every Christian ought to be a valiant soldier of Christ; they who would fain obtain the rewards owing to conquerors, while they are leading the lives of cowards, untouched in the fight, are so far from thwarting the onward march of the evil-disposed that, on the contrary, they even help it forward.

We must understand this.  It makes no sense in the middle of a war to say, “I'm wearing the uniform of Antichrist, because I have to work within its army, but really, in my heart, I'm working for Christ in this or that particular.”  Nor does it make sense to say, “I'm wearing the uniform of Christ, but that's because I like the traditional fashion.  I will obey Scripture's directives when and if I choose.”

Do we wish to go to war?  It does not matter whether we wish it or not.  The war is here.  We can no longer harbor any pleasant illusions about it.  We cannot pat ourselves for some wonderful moral insight, saying that we oppose snuffing out a baby's life, while we shrug as the walls of the natural and God-ordained family are battered in.  We cannot hug ourselves for being “tolerant” of confusion on parade, while confessing ourselves conveniently incapable of doing anything about the flood of filth that meets the eyes of our children every day.

The war is here, and there is nothing for it but to pray and to fight.  Faith, hope, and charity itself demand no less.