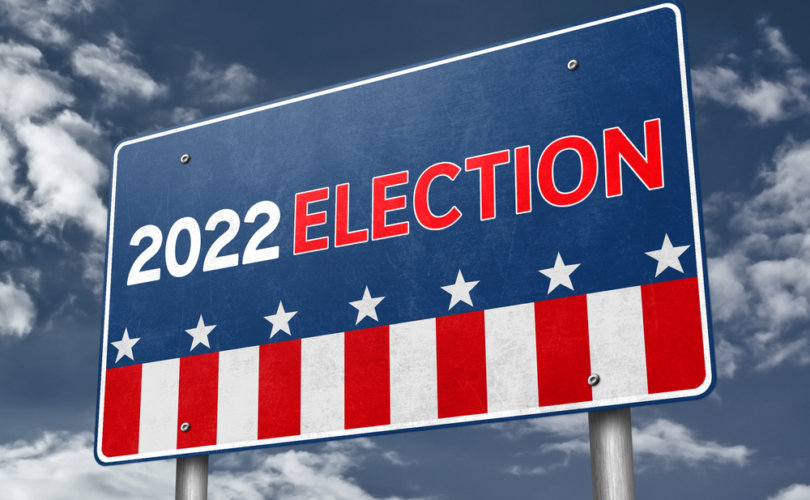 WASHINGTON, D.C. (LifeSiteNews) – After Tuesday’s embarrassing electoral shellacking, Democrats on Capitol Hill and in statehouses around the country are scared. They should be.  History is repeating itself, and it’s marvelous to behold.

In 2009, Democrats owned the White House and could boast of huge majorities in the U.S. Senate and House of Representatives, which they mistook to be a mandate from the American people to pass every item on their legislative wish list that had been collecting dust in their desk drawers for years. At the top of that list was what came to be known as ‘Obamacare.’

But the mandate was a myth. Congressional Democrats rushed ahead with their priorities, which, as it turned out, were vastly different from those of ordinary folks living outside the D.C. Beltway.

America at the time was still reeling from the “Great Recession” after the collapse of the mortgage market the year before in much the same way that our country remains mired in horrible COVID pandemic measures that began last year.

The 2009 midterm election gave the first hint that a massive backlash was about to smack Democrat politicians in the face: Republican Chris Christie knocked incumbent Democrat Jon Corzine out of the New Jersey governor’s mansion, and Virginia Republican Bob McDonnell beat out his Democrat opponent by a whopping 59%-41% margin.

Democrats should’ve taken a hint and dialed back their legislative efforts, but they didn’t. They passed Obamacare and had already passed a trillion dollar ‘stimulus bill’ known as the “American Recovery and Reinvestment Act” while ignoring their constituents’ real, close-to-home concerns. A CBS poll at the time found that 74% of Americans thought that the $1 trillion stimulus package either hurt them and their families or had no impact on the economy.

President Barack Obama would later chuckle as he confessed that the promised “shovel ready jobs” in the stimulus bill never actually existed. Instead, the money mostly went to line the pockets of Democrat-run unions. An Associated Press analysis found that the Act “had no effect on local unemployment … regardless of how many dollars lawmakers threw at the various projects.”

The same CBS poll found that 2.5 times as many people thought that the healthcare reform bill passed by Democrats would end up hurting them. They were correct.

The deafness of Democrats in 2009 – driven by their arrogant belief in the moral rectitude of their socialist instincts – coupled with their failure to heed crystal clear warning signs led to their electoral wipeout in 2010.

The exact same dynamic is at work today

In recent years, Democrats have pushed wildly unpopular, harmful policies, principles, and social movements: The often violent, Marxist, out-to-destroy-nuclear-families ‘Black Lives Matter’ movement; ‘Defund the Police’ efforts; the insane imperative to enshrine pro-transgender & non-binary, non-biological gender identity policies in public schools at every grade level; Critical Race Theory (CRT), which without exception assigns every single public school student as either a racist oppressor or as a victim of racism; and to remove parental involvement from their kids’ education.

All of this comes on top of totalitarian lockdowns that brought financial ruin to countless families while thrusting isolation and anaclitic depression on millions.  Tyrannical vaccine mandates continue to endanger lives and livelihoods while diminishing the medical, religious, and individual liberties of all Americans.

Democrat-dominated teachers unions have pushed to keep children out of schools nationwide, denying millions of kids physical contact and starving them of social interaction – critical components in the healthy development of every child.

President Joe Biden humiliated the nation by choosing a man ‘married’ to another man as his Secretary of Transportation, and then appointing a gender-confused male who presents himself as a woman as an Assistant Secretary of Health. He then made him the first transgender four-star admiral in U.S. history.

None of this makes any sense to anyone other than liberal elites. In fact, it’s offensive.

In 2009, Democrats ridiculed members of the then-nascent Tea Party movement as racist rubes, hoping to extinguish the movement before it could gain a strong foothold.

At the height of the negotiations on healthcare reform in March 2009, Congressional Democrats fabricated a story that Tea Partiers had hurled racial invective and spat on a black member of Congress as he entered the Capitol building. When Andrew Breitbart offered a $100,000 reward for proof that the incident occurred, none materialized, despite the fact that hundreds of people with cameras and microphones were present. It was a lie.

The Washington Post’s Dana Milbank, freightened that same weekend by the presence of patriotic citizens carrying American and Gadsden flags on the grounds of the U.S. Capitol on the evening that healthcare reform went to a vote, described the scene in a front page above-the-fold article as “a hideous display.”

In order to foster a lie that the peaceful protesters were dangerous domestic terrorists, Milbank called the crowd “unruly” and said “some Democrats worried about the risk of violence, while anxious Capitol Police struggled to keep the crowd away from the building.”

As a co-founder of National Capital Tea Party Patriots, I was present on the Capitol grounds and the House Chamber that entire weekend. I fired back in a published letter to the Post editor:

It’s amazing to me how two people viewing the same scene can walk away with polar-opposite impressions.

My reaction was different from Milbank’s: As I admired the view of the American patriots surrounding me and the members of Congress standing on the Speaker’s lobby balcony just above us, I thought to myself, “If he were still around, Norman Rockwell would enshrine on canvas this wonderful scene of American democracy at work. It was a beautiful [not hideous] sight.

The Washington Post ended up editing out Milbank’s most egregious, derogatory language.

Today, Democrats and their media and corporate allies have doubled down on their accusations of racism and domestic terrorism against anyone who disagrees with their political aspirations.  They view it as the most powerful tool in their dirty tricks toolbox.

Far from fulfilling their promises to bring the nation back to normalcy in the aftermath of Donald Trump’s presidency, they have used the power of “identity politics” to deepen racial and economic class rifts. Worst of all, they shamelessly inflict kids in our schools with their inhuman, inhumane ideological rubbish.

As happened after the 2009 midterm elections, Democrats were stunned by this Tuesday’s Republican gubernatorial victory in Virginia and the razor-thin margin by which New Jersey’s Democrat governor held onto his job.

The Democratic Party “is seen as out of touch with the concerns of middle America and without a clear message on the issues that affect their lives — from inflation to empty store shelves to school closings and curricula, to name a few,” acknowledged left-leaning Politico in its daily “Playbook” morning email.

“This is 2009 all over again,” former Democratic Congressional Campaign Committee (DCCC) chair STEVE ISRAEL told Playbook’s Ally Mutnick and Elena Schneider. “The only benefit they have now over 2009 is knowing just how bad it can get.”

“What we’re talking about is not resonating with voters,” allowed Democrat Rep. Kathleen Rice of New York in a New York Times article titled “Reeling From Surprise Losses, Democrats Sound the Alarm for 2022.”

If you’re a Democrat and President Biden won your seat by 16 points, you’re in a competitive race next year. … You are no longer safe … It’ll be more than 70 Democrats that will be competitive.

McCarthy is correct. The Democrats’ hold on power in the nation’s capital is far more precarious today than it was in 2009, leading up to the 2010 midterm elections.

“Biggest problem for [Democrats] is majorities are much smaller than 2009,” pointed out the Washington Examiner’s Byron York in a tweet.

While just a few votes shifting away from Democrats to Republicans in next year’s Congressional elections would be sufficient to change the balance of power, a tectonic shift in the political landscape is possible, if not likely.

2022 may well deliver an enormous red wave, cleansing the halls of congress, all 50 statehouses, and city halls across the nation of illiberal Democrats while sweeping in conservatives aiming to represent the real needs and concerns of their constituents.

Dems may be right that pressing forward with their agenda is better than the alternative — what, after all, is the point of having a majority if you aren’t going to do anything with it? — and they may well get their legislative victories any day now. But the odds are they’ll lose the House no matter what they do.