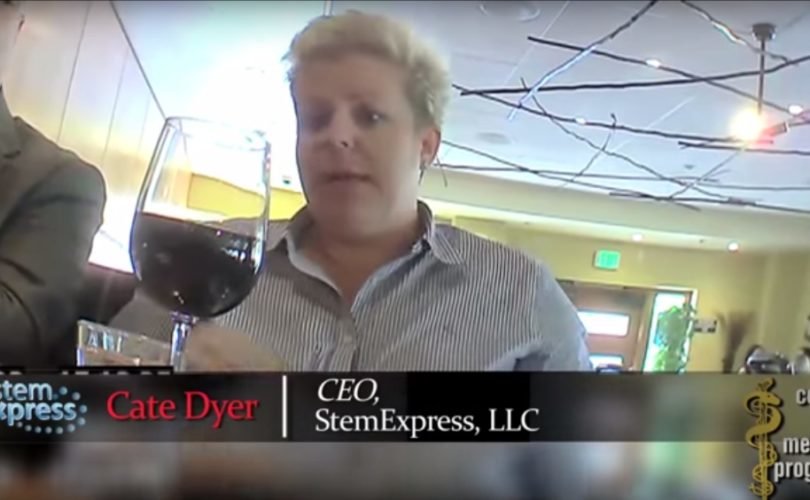 (JillStanek) – This afternoon Los Angeles District Court Judge Joanne O’Donnell lifted a temporary restraining order that had been placed against The Center for Medical Progress after fetal tissue procurement company StemExpress filed a lawsuit to try to block the release of any video involving its executives.

That said, according to ABC News, “StemExpress was expected to seek a stay from an appeals court.”

Within hours after the TRO was lifted, CMP posted a two-minute video entitled, “Human Capital Trailer,” on YouTube.

Oh, yeah, I mean if you had intact cases, which we’ve done a lot, that we sometimes ship those back to the lab in its entirety…. Tell the lab it’s coming. You know, open the box and go, “Oh, God,” ha ha ha.

I just spoke with CMP’s David Daleiden, who explained the trailer was originally intended for release as a teaser before CMP’s first video was launched on July 14.

His team ultimately decided to hold things back. Then the TRO happened, and releasing the trailer became a moot point.

“But for our purposes today,” Daleiden explained to me, “we wanted to get something quickly out there.”

Daleiden said they are trying to get the full video posted as soon as possible, barring another court block.

“But for now, this is a little preview,” said Daleiden.

And if this is just a preview of more of the same – or worse – to come, it’s no wonder Dyer wanted this video blocked.