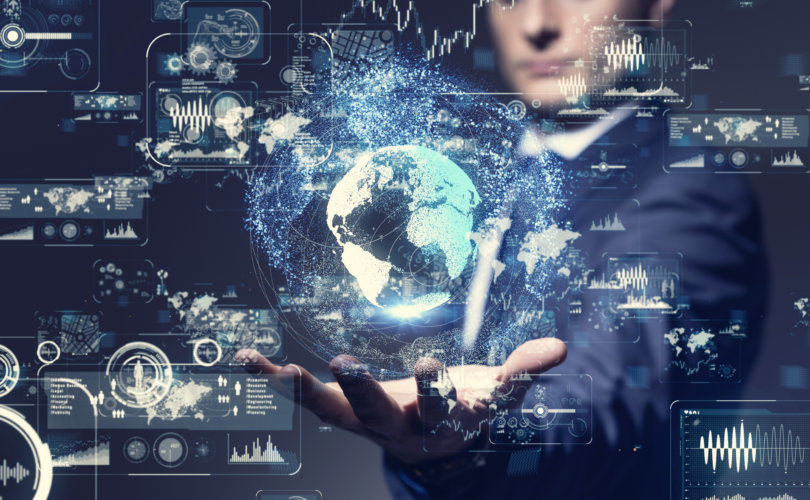 WASHINGTON, D.C., September 18, 2020 (LifeSiteNews) — The social media giants, stunned by Donald Trump’s election in 2016, have been tinkering with their products to ensure Americans don’t re-elect him in 2020.

This is the central argument of Allum Bokhari, Breitbart’s senior technology correspondent, in his #Deleted: Big Tech’s Battle to Erase the Trump Movement and Steal the Election. In this carefully researched, 16-chapter book, the Oxford-educated Bokhari presents strong evidence that Google, YouTube, Facebook, and Twitter are hiding and banning conservative content.

Democrat-dominated Silicon Valley, once a keen promoter of internet freedom around the world, changed its collective mind when that freedom encouraged populism and resulted in the Republican victory of 2016. Now Big Tech has turned its back on American-style freedom of speech to promote a more “European tradition” that values “dignity” and “civility” over liberty.

Bokhari was clearly the right person to write this excellent, if frightening, book. His various scoops for Breibart have given him authority on the Big Tech beat. When Sergey Brin, the Russia-born co-founder of Google, told his employees that the 2016 election results were “deeply offensive” both to him and many of them, Bokhari obtained a video copy of Google’s post-election speeches and published it.

In #Deleted, Bokhari describes Brin’s words as “an open display of political bias from a leader of the world’s most powerful tech company.” And he’s not exaggerating Google’s power. As the journalist points out, the company’s mission is to “organize the world’s information” and that information includes you, dear readers. If you use a Google product — device, browser, Android phone, Gmail or YouTube — Google knows what you’re doing with it. Google reads your emails, documents, and texts. Google knows what kind of music you like, who you’re phoning, and where you’re phoning from.

“It is a level of surveillance and knowledge that the … KGB could only have dreamed of,” Bokhari wrote.

Knowing everything about us, Google also knows how to manipulate us, and that includes what we see when we use its search engine. Bokhari includes the research of psychologist Dr. Robert Epstein, who discovered that the Google search engine influences election results in favor of the Democratic Party.

And as frightening as that is, it’s just one example of how Big Tech privileges left-wing speech and ideas by making the conservative point of view harder to find. When a single pro-abortion journalist complained to YouTube about pro-life videos, within hours “several highly popular pro-life videos fell out of the top 10 search results,” Bokhari wrote.

They were “replaced by anodyne or openly pro-abortion videos from largely mainstream and left-wing media organizations.” Google owns YouTube (and Blogger, and Double-Click, and Nest), so in this case it clearly was not just organizing information, but hiding the truth and promoting lies.

‘Being right-wing is noticing things you’re not supposed to’

LifeSiteNews spoke with Bokhari earlier this week about #Deleted. Brought up in London, Bokhari went to Oxford University from 2011 until 2013 and began writing for Breitbart in 2015. He relocated to the United States by the end of that year and now lives in Washington, D.C.

Bokhari has also moved from a liberal position: after leaving Oxford, he worked for a Liberal Democrat Member of Parliament, an unusual CV entry for a senior Breitbart reporter.

“In the book, I define being right wing as noticing things you’re not supposed to, and I suppose the way it works is that you notice one thing, and then you notice a bunch of other things, and it just escalates.”

In 2013-2014, Bokhari noticed that feminists were trying to censor Reddit and video games, and when the GamerGate scandal, which pitted feminist video game journalists against video game fans, broke, he became even more concerned about internet freedom.

“I grew up in the era of true internet free speech when all platforms said they still believed in (it) and didn’t have any rules even against hate speech’, and that was the internet I was used to,” the author explained.

“A general assumption of my generation was that internet freedom of speech was a good thing: an unprecedented technology that really advanced human freedom,” he continued.

“And that all started to come under attack in 2014 and 2015 … I started getting involved in conservative politics because all of this censorship was being pushed by the left.”

After noticing this, Bokhari also began to notice “lies” and “myths” like “gender being a spectrum” and “systemic racism” were also being promoted by the left.

“Once you notice one thing is off, you notice that all these other things are off as well,” he said.

In #Deleted, Bokhari wrote that algorithms are naturally right wing, but that they can be programmed to reflect their designers’ biases.

“An algorithm is  … designed to take in a lot of data, analyze it and reach a conclusion. Algorithms notice patterns; that’s what they’re good at,” he told LifeSiteNews.

“But if you build a machine for noticing patterns and analyzing data dispassionately, it’s going to reach a lot of conclusions that the left won’t like,” he continued.

But the far-left activist-engineers who control social media are working to change that. Bokhari told LifeSiteNews that Google now has an entire department called “Machine Learning Fairness.”

“The whole field of Machine Learning Fairness is essentially an attempt to bring left-wing academics — the critical race theory types, the gender studies types — together with computer scientists to make sure that the algorithms that are being built in Silicon Valley are pre-programmed with left-wing biases, so that they don’t reach those politically incorrect conclusions, even if they’re true,” Bokhari said.

The author found this “very, very scary” because “the algorithms that control every aspect of our lives are going to be in every single business, helping people make decisions, and people are going to trust them.”

Asked about the ability of social technology to change firm opinions, Bokhari stated that, in reality, it is harder to convince a pro-life person to become pro-choice than the other way around.

“When you actually look at the images of unborn babies that you can legally abort, you can see the limbs in development, and it’s very very shocking,” he said.

“Those images are very, very dangerous to the left, which is why they’ve actually censored them.”

Big Tech doesn’t have to remove the images or other inconvenient truths; it can just move them down far enough in the search results so that seekers never find them. Ninety percent of people who do a Google search do not go beyond the first page. (Incidentally, although LifeSiteNews broke the Father Thomas Rosica plagiarism story, and has published dozens of articles about Fr. Rosica, its coverage does not appear until Google’s page 2.)

Meanwhile, protecting people from different points of view does not bring about mutual understanding or advance the truth. As Bokhari pointed out in #Deleted, “human reasoning is motivated by a desire to  justify our own biases rather than to achieve an objective understanding of the world.” What corrects this, he wrote, is “mistrust”: encountering those who do not agree with your views. Faced with intellectual opposition, people have to assemble facts and arguments to support their case.

“I think censorship makes the partisan dynamic worse,” the author told LifeSiteNews, “because you need to be exposed to different points of view in order to challenge your own partisan thinking.”

“Partisanship makes people more epistemically vigilant towards the arguments of the people who are on the other side. Nobody’s perfectly objective. Partisanship is the way we critique each other. (It) can be a very useful thing when there’s an equal playing field,” he continued.

“Unfortunately, there’s not an equal playing field because one side is getting censored and the other, largely, is not.”

This is not just online, of course. Bokhari believes that academia is the “biggest echo chamber,” and that the left is so threatened by internet freedom because it challenges their “propaganda machine.” He no longer calls those distressed by conservative viewpoints “snowflakes” because “today they are the people who are burning down America’s cities, encouraging looting, attacking people, actually killing them, in some cases.”

The end of online anonymity

It took four years for Bokhari to complete #Deleted: Big Tech’s Battle to Erase the Trump Movement and Steal the Election. When LifeSiteNews asked the journalist what revelation about Big Tech shocked him the most, he had to take a moment to reflect.

“I think the one that was most shocking to me was how internet anonymity essentially doesn’t exist anymore because the technologies already exist to unmask anyone,” he said.

Even people who go to great lengths to remain anonymous online with privacy technology can be identified now because of technology that measures their typing speed, mouse movements, and writing styles.

“That is astonishing, and it’s especially scary that it’s happening at this moment in history where we have this cancel culture that’s so powerful,” Bokhari observed.

“People are having their careers and lives destroyed by having the wrong opinion. Those are the kinds of times in history when there’s a rise in political intolerance and you need anonymity the most. That’s what the Founding Fathers used in the Federalist Papers to debate the Constitution,” he continued.

“Anonymity has always been the refuge of dissident thinkers, and we’re now in a situation on the internet where people think they have anonymity but they actually don’t.”

Why does the left hate Trump so much?

One could argue that the king of wrong opinion in America right now is Donald Trump, the man Big Tech so badly wants you to vote against in the next election.

The left’s antipathy to President Trump, Bokhari believes, is based in his refusal to believe in the narratives of the “nexus of academia, woke corporations and the administrative state.” Even worse, he has a non-interventionist “America First” foreign policy that pulls back from conflicts abroad.

“That’s completely contrary to what Democrat and Republican administrations have been doing over the past 20 years,” the author said.

Trump has also been reversing Democrat and Republican policies concerning free trade, especially with China, and thwarting open borders policies that are helpful to the Democrats, as migrants positively impact their “electoral fortunes” and to Republicans backed by “big business lobbies.”

“Three very powerful challenges to the Establishment consensus that went back 30 years ago or more,” Bokhari stated.

“I always find it interesting when people say that the only time President Trump ever got good press was when he bombed Syria.”

To congratulate Allum Bokhari on his excellent research and work for internet freedom, please contact him at [email protected] or on Twitter. To order his book #Deleted directly from the publisher, please contact Center Street. Otherwise, the book can be ordered from Amazon.