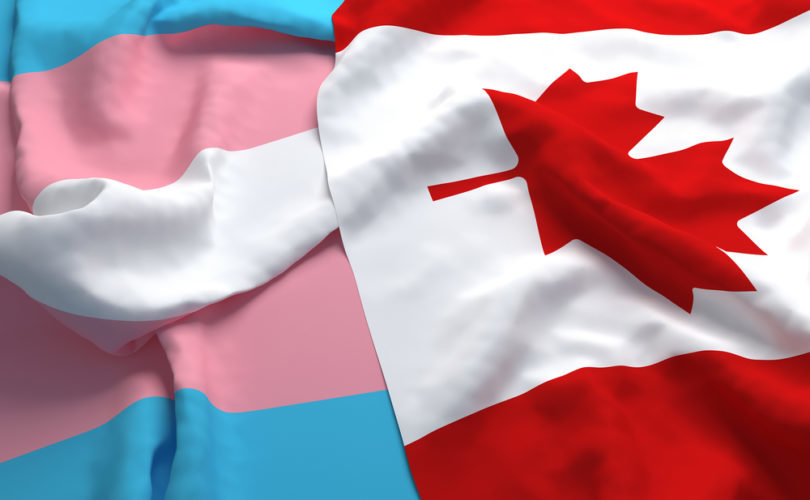 July 28, 2021 (LifeSiteNews) — Back in 2016, right-wing troll Lauren Southern made headlines by illustrating just how easy it is to officially switch genders in Ontario. She went to the doctor’s office, procured a note identifying her very female self as a male in record time, and then headed to Service Ontario, where a clerk was happy to oblige. Upon being informed that Southern was a male, the clerk switched to addressing her as “sir,” and soon sent her on her way with legal confirmation that in the province of Ontario, she was “a dude.”

The point, of course, was to highlight the ridiculousness of it all. With objective standards for sex and gender dispensed with, becoming the opposite sex amounted to a personal declaration of because I said so, that’s why.

Perhaps Diana Bosco, a male who began identifying as female four years ago, should have watched this little instructional video — because he is finding it almost impossible to accomplish the same thing. In fact, Bosco is finding the entire process “invasive and stymied by systemic discrimination against transgender people,” insofar as the system is a bureaucratic bog and the revolution is moving at breakneck speed. But because Bosco identifies as transgender, of course, this story is another tale of injustice that the Canadian press wants us to be deeply concerned about.

Canada’s state broadcaster described the ongoing tragedy as an “impossible struggle,” apparently unaware that a prankster figured it out in hours. Unlike Southern, Bosco cannot seem to get his Ontario photo card changed from “M” to “F.” He attributes this to the fact that the world clearly has it in for him. “It feels like all the old hate just lingers around in the system and everywhere,” he mourned to the CBC. “I don’t know what to do. I just want to live my life, but I’m struggling here.”

According to Bosco, Service Ontario asked if he’d had “bottom surgery” (castration, etc.). “It is absurd to me,” he said. “My medical information is between me and my doctor only. It was really humiliating to have to defend myself, my gender, to some random person.” Although to be fair, the staffer at Service Ontario tasked with dispensing accurate identification is the opposite of a random person.

“I know who I am. I don’t need to prove it to you,” Bosco said. Of course, at the place where you get your ID, that is quite literally what you have to do: prove it. Because the point of ID is to identify you, not to affirm your personal self-expression.

Of course, the fact that Bosco is obviously too incompetent or overwhelmed to do what a reporter with a camera and a sense of humor did means the rest of us have to support him in tearing down the system to rectify this. “Systemic discrimination” against men identifying as women must be stopped, and people need to be allowed to dictate to the authorities what goes on their ID regardless of surgeries, hormones, or biological reality. According to the CBC, so many people are trying to switch genders that a special clinic has been set up just to process all of the requests. Presumably, bureaucracy sucks just as much for transgender people as it does for the rest of us. Some things aren’t injustice or discrimination — they’re just the way things work.

But burn it down, or whatever. I’m sure that’ll make you feel better.