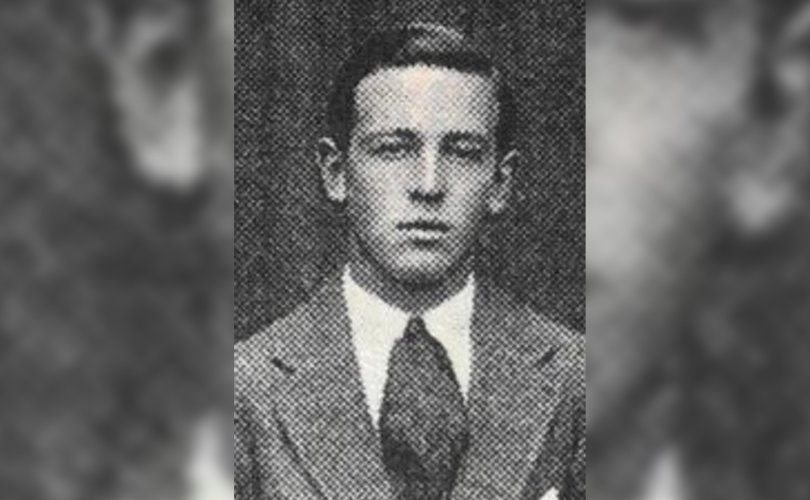 (LifeSiteNews) – The term “Orwellian” has been rightly applied over the past “two weeks to slow the spread.” In many ways, we have seen the sort of society that George Orwell warned against come into existence.

Double speak, the re-writing of history, and increasing surveillance by the proverbial “Party” have become commonplace. It seems every day there is another reason to say that such and such is Orwellian, or that this or that even is straight out of 1984.

The current madness emanating from the World Health Organization (WHO) in the form of a so-called pandemic treaty seems very Orwellian indeed – though we should note that the sort of ideas coming from the WHO are commonplace to all tyrants in our age of health tyranny. Fauci, Schwab, Tedros, and Tam are all cut from the same sulphuric cloth.

Attorney Thomas Renz recently gave an interview to the Gateway Pundit, wherein he outlined the potential consequences of what could happen if the WHO gets its way.

Carte blanche for the WHO – a pseudo-governmental organization – to operate in sovereign nations without needing permission, globalist collaboration by elites from all over, and a scientistic materialist worldview obsessed with viruses will no doubt have commentators saying, “Orwell was right!”

But, it was not in fact Orwell – or Huxley with his Brave New World, for that matter – who predicted how the ideals of a medical tyranny would infiltrate into normal life. To find the real prophet who described how a health-dictatorship would take root in society, we need to look to C.S. Lewis.

Lewis – perhaps best known for his Christian apologetics and Chronicles of Narnia series – wrote a science fiction trilogy that was aptly named The Space Trilogy. The three books that make up the series are called Out of the Silent Planet, Perelandra, and That Hideous Strength. Each book can be read independently; however, read as a whole they are more exquisite and meaningful.

The third installation presents a scenario most analogous to today’s world. In it we find a global conspiracy largely led by academics and scientists, who are hell-bent (literally) on ushering in a world that is overtly sanitary and free of any intellectual or biological germs.

Lewis’s books were written as Christian science fiction. Thus there is an overtly demonic element that manifests in the characters of the antagonists, whereas we are left to speculate as to whether the powers that be in our day are truly devoted to Satan. (I bet we could make a pretty accurate educated guess, however…)

At any rate, Lewis did not attempt to describe a scenario that he saw coming in his day or that he saw coming any time soon. In fact, in his preface to That Hideous Strength, he clarified that his usage of academics and intellectuals as villains did not reflect his opinion of his colleagues.

We could say that he did not set out to write a prophetic work, but more of a warning about the logical conclusion of what could happen if a certain mindset was adopted by the culture. However, since he did follow his ideas to their logical end, what he wrote was in fact prophetic.

By mere coincidence – or perhaps by a divine sense of humor – the character most concerned with viruses and germs was an Italian man whose name began with the letter F.

During one haunting scene, Professor Filostrato is speaking to one of the main characters, Mark Studdock, and explains why he loves the moon and the fictitious advanced race that inhabits it.

“They have cleaned their world, broken free (almost) from the organic,” he said.

“They do not need organic food. They are almost free of Nature, attached to her only by the thinnest, finest cord… If you remove all the vegetation, presently you have no atmosphere, no water… Why should they have their world all crawling with organisms?”

Reading just a small selection of Filostrato’s dialogue makes him sound like a combination of Klaus Schwab, Yuval Harari, and Anthony Fauci all rolled into one.

Social distancing, copious hand sanitizer usage, and synthetic meat may not be mentioned explicitly in Lewis’s book, but the same sort of vibe resonates nonetheless.

The group pushing Filostrato’s ideas of purifying the world of biological nuisances was a group called the N.I.C.E., the National Institute of Coordinated Experiments.

The N.I.C.E. is not a governmental organization in the strict sense, but a private organization that co-opts academic and medical institutions and governments so that it can operate freely within sovereign nations. Sound familiar?

Like the WHO, and the World Economic Forum, the N.I.C.E. operates a significant media arm and achieves special legal status to the point where it has a security force which is de facto a paramilitary police force.

We just got DETAINED at Davos by WEF Police https://t.co/C4gz5UFWUE

I believe that it was Lewis’s Christian sense that allowed him to be more accurate than Orwell. Orwell wrote of the government as an immovable and impenetrable force, whereas Lewis portrayed governments as a bit weak and thus controlled by nongovernmental organizations.

Since Lewis was not an atheist like Orwell, and therefore not a materialist, he understood that the most important thing was not force, but mentality and belief.

This is how the WHO, WEF, and similar organizations operate; rather than rule by force they rule by influence. We might even say what they do is deeper than propaganda, because they have coopted the very institutions who decide what to propagandize people with.

While we are left to speculate about the ultimate motives of the elites who seem enthused about reshaping society for the worse in our day, we ought not be shocked if we were to find out that our overlords were demonically influenced like those in the literary world of Lewis.

The chaos, confusion, division, and power-grabbing that have been fomented by messaging coming from the likes of the WHO and WEF recently are predatory and ultimately demonic.

Without giving away much of the plot, the ultimate battle in the culmination of the trilogy is a spiritual one, and the ending is something to behold. Our real-world situation is no different.

The seemingly insurmountable insanity of our time is no match for the power of God through the Faith that He gave us. In the end, the present battle will be won by prayer.