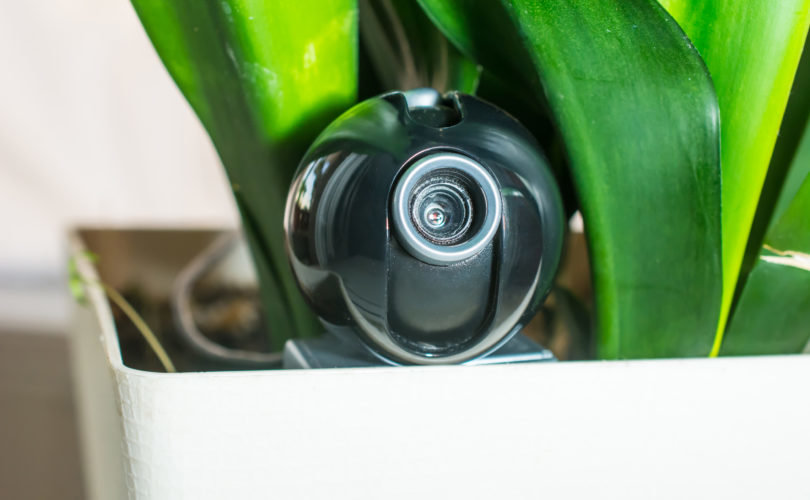 March 18, 2021 (LifeSiteNews) — Little by little, with the help of technological progress, COVID-19 measures are being used to step up surveillance in formerly freedom-loving European countries such as France and Belgium.

There has been increased acceptance of security requirements in the wake of terrorist activity over the last decade. Closer observation of the general public, from the protection of free citizens to using data in order to check compliance with fastidious sanitary regulations, is indeed invading society.

The Belgian example is particularly revealing. Closed-circuit television cameras (CCTV), set up in some particularly exposed neighborhoods as terrorist threats against Jewish institutions increased at the beginning of the decade, are now being exploited in order to check private gatherings, including synagogue attendance.

According to the Belgian daily The Standaard, which investigated a number of recent charges related to COVID-19 regulations in Antwerp as well as the use of surveillance images by local authorities, it is clear that the CCTV network is being used to monitor private activities.

The number of public surveillance cameras in the diamond district of Antwerp has been growing since 2013 in the part of town where more than 70 Jewish institutions, including synagogues, are concentrated. At the time, Antwerp Mayor Bart De Wever justified the installation of dozens of extra cameras by the “permanent high terrorist threat” on a number of streets of the neighborhood.

A bloody terrorist attack on the Jewish Museum in Brussels led to an accelerated implementation of the plan. “These cameras can zoom in on any object and follow individuals until they are within reach of the next camera,” a spokesman for the mayor told Joods Actueel, a Jewish media outlet, at the time.

More cameras were added in the wake of the wave of terrorist attacks in Europe in 2015 and 2016, turning the diamond district of Antwerp into the most highly surveilled part of town, according to De Standaard.

The Wuhan virus has led to using these cameras not only to record what is happening in the streets — to supposedly better protect innocent citizens from the radical Islamic threat — but to meddle with people’s private lives. Acting on tips from the general public about possible illegal assemblies, Antwerp police monitor video images for evidence and also proactively use the surveillance network to look for suspicious activity.

COVID rules are strict in the province of Antwerp: People are encouraged to meet outside in gatherings involving no more than 10 individuals, keeping 1.5 meters away from those who do not belong to their household; only one “huggable contact” is allowed per family member; and close friends may be welcomed at home one at a time. Shopping must be done alone except when accompanied by minor children, and a curfew is in effect between midnight and 5 a.m. Fines start at 250 euro (some $300 US).

Throughout Belgium, attending religious ceremonies is strictly limited to 15 faithful (burials may be attended by 50 people) at least until the end of April.

According to De Standaard, charges were made against Jewish synagogue-goers after CCTV films showed more than the allowed number going into the building. Screenshots were produced as proof and tickets were issued. Police raids occurred several times since December 26 in a synagogue near Antwerp’s main train station, also following the use of CCTV images.

Many Jewish believers were convinced that the 15-person rule held for each prayer hall within a synagogue. On January 26, an official public clarification of the ministerial decree on religious attendance applies to entire buildings, and not separate prayer spaces.

In November in the Jewish quarter of Antwerp, two private parties were raided and stopped by police, who gave no information on whether surveillance cameras were used leading to their intervention. In a similar incident, the images were used and police intervention was triggered by a recording of multiple food deliveries to a particular location.

Is this surveillance legal? In a circular note from the college of procurators-general last June, the use of CCTV films to monitor compliance with COVID restrictions is justified, but De Standaard recalled that European privacy laws are particularly strict regarding citizen’s religious convictions. Cameras may not be used to monitor religious beliefs, ethnic origin, or health condition of individuals.

In Antwerp, because of the specific terrorist threat against Jews, synagogues are under extra surveillance; churches and mosques are usually not within the scope of CCTV cameras.

In France, another type of surveillance has been provisionally allowed for one year by ministerial decree on March 10. Surveillance cameras in public transportation may now be used to monitor the percentage of travelers complying with compulsory mask rules.
Public transportation operators are in charge of enforcing these rules, and their employees are qualified to establish violations and impose fines on passengers who are not wearing their mask or wearing it incorrectly, for instance, under their nose. They may now use images in real time, recorded approximately every 20 minutes, for “statistical evaluation” of masking compliance and in order to “inform and sensitize” the public.

Artificial intelligence software will allow “instant anonymization” of data, ensuring absence of identifying information. Several other details of the decree insist on respect for privacy rights and proper warnings for passengers that images are being recorded.

The decree is not as such insituting real-time surveillance and prosecution at the service of the existing sanitary dictatorship, but it does show that the instruments are ready and serviceable. And it is stepping up pressure on those who are ignoring absurd or contradictory rules when they can.

In China, non-compliance with traffic rules has been monitored by CCTV images using facial recognition for several years already. For instance, jaywalking can lead to an immediate fine debited from an individual’s online bank account.

We now know that barriers against such surveillance are slowly falling in Europe, with hardware and software opening up unprecedented possibilities for authorities in the name of so-called “public interest.”

Protection of individual rights and liberties are behind flimsier walls than they have ever been.