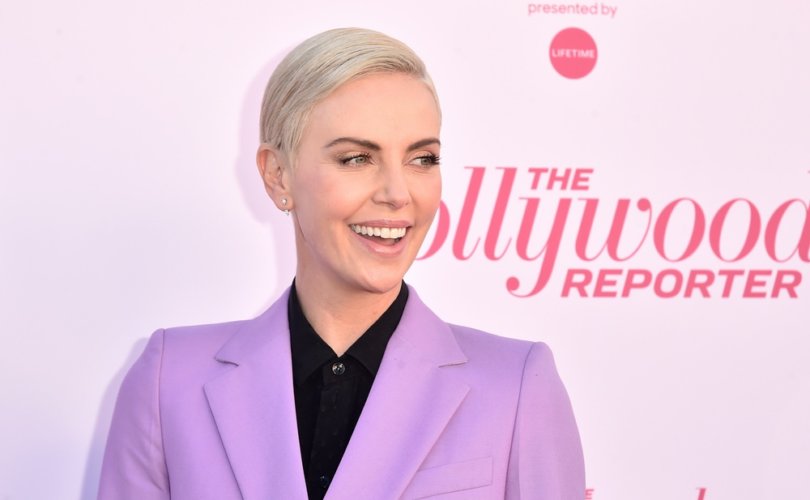 January 7, 2020 (LifeSiteNews) – Between her apparently dazzling appearance at the Golden Globes and the Oscar buzz surrounding her film Bombshell, which deals with the culture of sexual harassment at FOX News, Charlize Theron appears to be having something of a moment. That, and her decision to raise her son Jackson as a girl after he declared, at age three, that he was “not a boy” has made her quite a hit with the LGBT movement.

As I noted last year, Theron’s decision isn’t just yet another case of hedonistic Hollywood’s devotion to the sexual fringe. With her very public endorsement of the idea that a child can choose his or her own gender from a very early age and the accompanying chronicle of her adopted child’s life with Theron being played out in the press, Theron—like Prince Harry and Meghan Markle—can make far more of an impact in her support of this dangerous new ideology.

In a recent interview with PrideSource, Theron went even further in her support for the LGBTQ movement’s radical agenda. After accepting praise for her lifetime of advocacy and the numerous LGBT characters featured in Bombshell (including a “queer Christian producer”), Theron admitted that she thought it was “a little bit of a bummer” that “I am straight.” That, and even she finds it hard to wrap her head around the whole “raising a transgender child” idea, despite the fact that she is an unqualified supporter of the LGBT movement’s view of gender dysphoria (that it should be affirmed and encouraged).

Theron is passing her attitudes on to her kids, noting that her daughter August announced that she was going to get married five times to three boys and two girls, and Theron “just love[s] that she has the freedom to think that way.” Further, she noted, her son—who she is raising as her daughter—will tell the whole story some other time, and in the meantime, she just wants to be supportive:

My daughter’s story is really her story, and one day, if she chooses, she’ll tell her story. I feel like as her mother, for me, it was important to let the world know that I would appreciate it if they would use the right pronouns for her.

Politics is downstream from culture, and nearly every day now there’s another story detailing another victory achieved by trans activists against the biological reality of the “binary,” a term that has become something like a swear word to the LGBT movement. The Chicago-Sun Times reported this week that Illinois was “updating” its birth certificate system to enable “transgender parents” to identify as they choose. A new Colorado law permits people to get a new birth certificate with the gender of their choice without going through any sort of transition whatsoever. And the list goes on.

The 2010s was the decade that the transgender movement came surging onto the scene, accruing massive amounts of power in a very short amount of time. The beginnings of a backlash are starting to manifest, and we will soon find out whether the forces of the Sexual Revolution can be stopped, or whether this revolution will enshrine radical autonomy of every sort into law, crushing inconvenient rights and realities in its path.