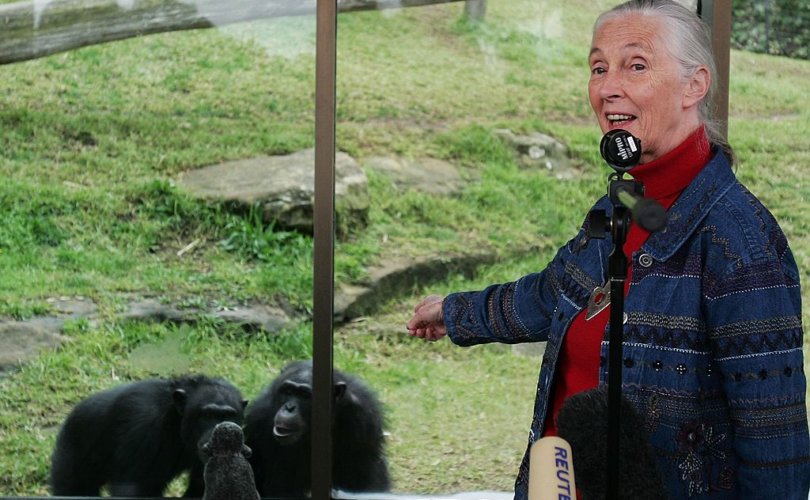 November 19, 2020 (LifeSiteNews) – “There is a healthy and an unhealthy love of animals: and the nearest definition of the difference is that the unhealthy love of animals is serious,” G.K. Chesterton wrote in his 1920 book of essays The Uses of Diversity. “I am quite prepared to love a rhinoceros, with reasonable precautions: he is, doubtless, a delightful father to the young rhinoceroses. But I will not promise not to laugh at a rhinoceros … I will not worship an animal. That is, I will not take an animal quite seriously: and I know why.”

The reason, wrote Chesterton, is serious: “Wherever there is Animal Worship there is Human Sacrifice. That is, both symbolically and literally, a real truth of historical experience.”

I have always been a lover of animals, and I am generally in favor of conservation measures. The great conservative philosopher Sir Roger Scruton has a brilliant chapter in his book How to Be A Conservative on conservation, and acclaimed pro-life author Wendell Berry has spent a lifetime advocating environmental causes. There is nothing wrong with animal protections or environmental measures — unless, as Chesterton pointed out, the love of soulless beasts takes precedent over humans — and leads us to a dark and ugly place.

Chesterton is, as he himself noted, not just symbolically correct but literally correct. In Canada, you can have a baby butchered in the womb on her due date without legal penalty, but to smash an eagle’s egg will bring down the full force of the law. Animal rights activists, including PETA, regularly compare chicken farms to Auschwitz (I’ve debated them on this subject myself) while insisting that abortion is just fine. And while Trudeau pours billions into funding feticide overseas, the Jane Goodall Act to protect great apes and elephants in captivity in Canada and ban the import of ivory and hunting trophies has passed second reading.

The Jane Goodall Act is the result of a partnership between the famous primatologist and Senator Murray Sinclair. It not only creates a restrictive framework for how elephants and apes can be treated in captivity, but also has a clause making it a criminal offence to obtain “reproductive materials” such as an “embryo.” In short, our legislators are being incredibly thorough in their protection of these creatures, ensuring that their exploitation or maltreatment is illegal at every stage. When it comes to protecting the lives of other species, we suddenly remember when life begins.

I am not making a unique point here, and pro-lifers back to Chesterton and beyond have already made this observation, but it is egregious and crushingly sad to consider the extent to which our lawmakers will protect species considered endangered or particularly intelligent — while working equally hard to make sure that pre-born human beings receive no protection whatsoever. In fact, even news that the most hated complication in the abortion industry — “live birth” — has happened frequently in Canada comes and goes unmentioned by our politicians and ignored by the press. Born babies can gasp their last without anyone paying attention, but our legislators will do everything to protect chimp embryos.

For years now, blogger Pat Maloney has been relentlessly exposing the fact that babies are born alive and left to die after abortions in Canada. In 2018, she published the news that Stats Canada had revealed that 766 babies had been born alive and left to die over five years. In 2019, she noted that this had happened 150 times in 2018. Earlier this year, she uncovered 502 “live-birth abortions” in Canada between 2014 to 2018. This is happening. These babies are given both birth and death certificates.

There is nothing wrong with loving animals. There is something profoundly wrong with loving them more than our own children. It is good to closely examine the conditions of creatures in captivity. It is disturbing that we do so while news of babies dying after abortions is faithfully recorded in government statistics and ignored by those tasked with protecting the weak and vulnerable. We kill babies in this country. If we fail to kill them and they make it out of the magical birth canal where human rights are mysteriously conferred, sometimes we just let them die. Hundreds of them. Probably more. But nobody cares. We need a Jane Goodall Act for pre-born children— and legislators willing to expose what is happening, and willing to defend them.

Jonathon’s n ew podcast, The Van Maren Show, is dedicated to telling the stories of the pro-life and pro-family movement. In his latest episode, he interviews Dr. Ryszard Legutko, a philosopher, politician, and professor from Krakow, Poland, to discuss Legutko’s fight against both communism and liberal democracy.