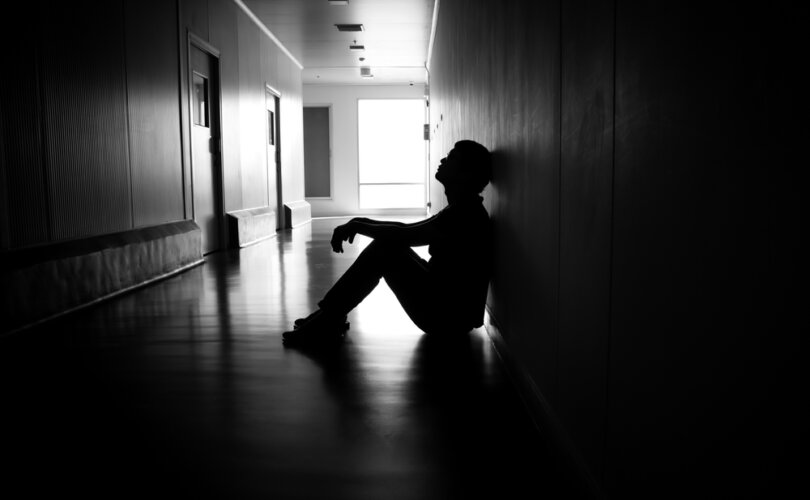 Tell your Senators to stop the spread of MAiD now Contact Them Here.

(LifeSiteNews) — Last week in this space, I covered the story of the vile video produced by Canadian retailer Simons glamorizing the suicide of Jennyfer Hatch called “A Most Beautiful Exit” (the video has since vanished from its website). As it turns out, that story was even darker than we knew – Hatch sought assisted suicide because she could not get the help she needed.

“Now that she has died, CTV News can reveal that she is the same woman who spoke to us in June about her struggles to find treatment for a rare and complex connective tissue disease, prompting her to seek Medical Assistance in Dying (MAiD) as a last-ditch effort for palliative care,” writes Penny Daflos. “The Simons film makes no reference to her decade-long illness, nor her struggles accessing support from Fraser Health. One of her closest friends explained that despite her speaking up, palliative care and other help were not offered, and Hatch made peace with her decision to choose the time and setting of her death.”

In short, Hatch chose assisted suicide when it became clear that no other choices were available to her. “I would call it a dystopian display of romanticizing death as a relief of suffering without any context around it, without any clarification about what’s happening,” Trudo Lemmens, a University of Toronto bioethicist, told CTV. “It makes it even more disturbing that we see a one-sided story of a very complex issue that is being exploited to show somewhat the progressive nature of a company.”

In the context of a wave of suicides driven by a lack (or perceived lack) of alternatives, the Simons video is even more sinister. Consider this Maclean’s headline from last month: “I run a food bank. We’ve seen a 60 percent increase in demand.” The following paragraphs stand out:

Meanwhile, the government has weakened our social safety net to a disheartening degree. At the provincial level, Ontario Works (our welfare system) and the Ontario Disability Support Program are woefully underfunded. We’re at the point where clients on these programs are telling us they’re considering medically assisted death or suicide because they can’t live in grinding poverty anymore. A client in our Food Bank 2 Home delivery program told one of our staff that they’re considering suicide because they’re so tired of suffering through poverty. Another client asked if we knew how to apply for MAiD for the same reasons. We can’t underestimate the effect that poverty has on someone’s mental health. Our clients live with constant worry, and cut corners on needed items like medication, fresh food, or warm clothes – constantly living under that stress takes its toll mentally, emotionally, and physically.

I don’t know how to ring the alarm bell any louder. When people start telling us they’re going to end their life because they can’t live in poverty anymore, it’s clear that we’ve failed them.

Mary Harrington, a feminist writer in the United Kingdom, has dubbed what is unfolding in Canada (and likely soon coming to other jurisdictions) as “austerity euthanasia”:

There are already stories of struggling veterans, and those simply too poor to cope, applying for or being offered medically assisted suicide. Similarly, unhappy teenagers are a potentially limitless black hole for mental health funding – unless you just make it legal for them to kill themselves. Social media is already full of miserable teenagers talking about how they can’t wait to access MAiD. I dare say permitting them to do so will relieve some considerable pressure on counseling waiting lists.

For the Toynbees of this world, unaccustomed to being contradicted by anyone, ever, self-deletion may indeed look like a ‘choice’ issue. But for anyone who’s paying any attention at all, it should be clear that the bureaucrats tasked with administrating the new ‘freedom’ to self-delete will view the main benefit in grimly pragmatic terms: it’s a great healthcare austerity measure.

Indeed, this is precisely what you get when you call suicide or euthanasia a “right” and can frame humanitarian opposition to these things as the denial of a right. Progressives can stand atop an enormous pile of corpses and call it the moral high ground because the miserable deceased wanted to die, regardless of why they wanted to die. As one of my friends noted recently, just wait until they start advertising this service in one of Canada’s shameful “nursing homes” where we warehouse the unwanted elderly – business will be booming. One Vancouver doctor – who unsurprisingly is also an abortionist – has already killed 400 people via lethal injection and is eager to do more.

At the New York Times, Ross Douthat explained why this horror show illustrates a desperate need for a robust conservatism in a column titled “What Euthanasia Has Done to Canada.” Canada, he notes, is becoming an answer to the question: “What if a society remains liberal but ceases to be civilized?” With the poor, disabled, and desperate asking for death, we “can see the dark ways euthanasia interacts with other late-modern problems – the isolation imposed by family breakdown, the spread of chronic illness and depression, the pressure on aging, low-birthrate societies to cut their healthcare costs.” The freedom to commit suicide with assistance, he observes, is no freedom, and embracing this idea “will forge a cruel, brave new world, a dehumanizing final chapter for the liberal story.”

The Conservative Party of Canada is beginning to push back against the expansion of MAiD, with a group of MPs – including the shadow minister for health – sending out a press release calling on the government to “delay this reckless expansion before it is too late. The well-being of far too many Canadians depends on this.”

The Liberals plan to make MAID available to people with mental disorders in March 2023.

As Conservatives have warned all along, experts are saying that this deadline is untenable.

The Liberals must delay this expansion of the MAID regime before it’s too late. pic.twitter.com/D6t9usbue2

Thousands of Canadians have already run out of time. I hope the government will listen before suicide becomes a state-sanctioned solution for thousands of miserable teenagers and desperate adults, most of whom languish without access to the psychiatric care they need.

Tell your Senators to stop the spread of MAiD now Contact Them Here.