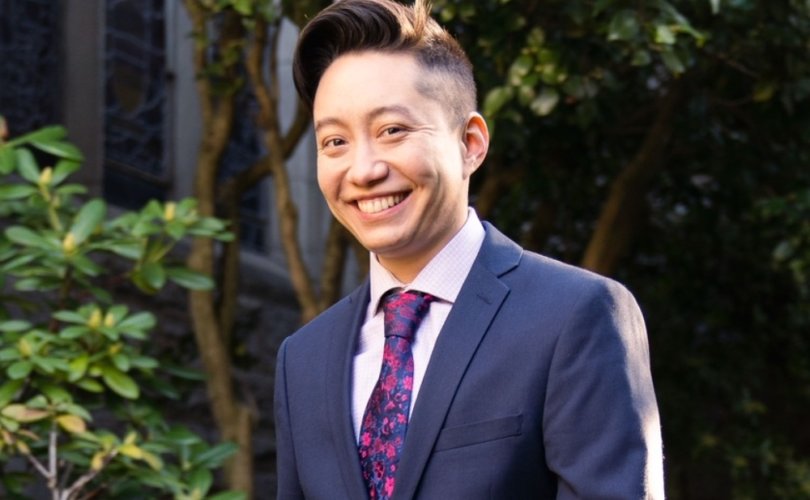 (LifeSiteNews) — With Pierre Poilievre taking the leadership of the Conservative Party, Liberal MPs have suddenly woken up and realized that perhaps it is time for their party to pay attention to the concerns of everyday Canadians—to be, in the words of one MP, “less woke.” Indeed, it is difficult to imagine any federal leader more insufferably and performatively progressive than Justin Trudeau. Except, perhaps, for the Interim Leader of Canada’s Green Party, Amita Kuttner.

Thirty-two-year-old Kuttner, according to his publicly available information, is an astrophysicist who has been interim leader since November 2021 and “identifies as non-binary, transgender, and pansexual, and uses they/them and he/him pronouns.” Just to break that down: this means Kuttner identifies as male, but also as neither gender (non-binary) simultaneously (perhaps attempting to reach woke singularity), and pansexual means Kuttner is attracted to “all genders and orientations.” To parse the contradictions in this would take several thousand words—so on to the “controversy.”

At a Vancouver media event on September 3 to initiate the Green Party’s interminable leadership race, a Zoom caption identified Kuttner with the pronouns “she/elle.” Kuttner, predictably, was both devastated and livid. This “misgendering,” Kuttner declared, “made me feel hurt and isolated” and was also “reflective of a larger pattern of behaviours that a few in the party are perpetuating.” Further, Kuttner statement asserted, “in moments like these I wonder—how can I ensure other people’s safety if I can’t even ensure my own?”

Just so you’re following: By a lack of safety, Kuttner is referring to the pronouns “she/elle” in a Zoom caption. That’s it. Nobody questioned Kuttner’s contradictory identity—it is just so complicated and fluid that whoever wrote it got it “wrong” (precisely the wrong word, but whatever).

But of course, the sheer bewildering snarl of Kuttner’s intersectionality trumped sanity, and a joint letter signed by Green Party leadership candidates as well as former leader Elizabeth May and the only other MP, Mike Morice, called for a “restorative process” to deal with the “harassment” constituted by the Zoom caption. In fact, they noted that this incident was “but the latest in a number of similar behavioural patterns that Dr. Kuttner has faced throughout their tenure.” (Notice here that they could have opted for the simpler “he” rather than “they,” but did not because awkwardly using “they” shows a greater commitment to gender fluidity.

But the pronoun heard ‘round the party rapidly rippled through the ranks of the faithful. Green Party President Lorraine Rekmans, who noted that she had worked 40-hour weeks for free for the party, resigned because people were inferring that the “she” mistake was hers, and that she is “constantly distracted by claims of harm.” According to her resignation letter: “I was surprised that the contestants would use (the Sept. 3 media event) to attack the Party they were running to lead…I find that some in GPC, wish to cling to the image of a political party that is the same as all the other political parties in Canada, fuelled by money, and controlled by people who wield power.”

Next to go was an Ontario rep to the Green Party’s federal council, Krystal Brooks, who wrote that the party should shut down the leadership race “pending the investigation” into harms that were clearly “systemic.” She called out Mike Morrice and Elizabeth May—who, after briefly stepping down as leader, is running to resecure her old position—and published private emails by the two MPs indicating that they had threatened to resign from the party if the leadership race was delayed. This lack of attention to the wrong pronoun, said Brooks, was “deep … manipulation,” and she has now “lost all faith in Caucus.”

Jonathan Kay, the editor of Quillette and a long time National Post contributor, could not help mocking the “controversy.” In response, Kuttner promptly launched a fundraiser calling on supporters of gender ideology to donate money to oppose hate—asking for $68,000. The fundraiser pulled in less than $300, with $10 publicly donated by Kay because, he said, he felt bad about how badly the fundraiser was going. There is no indication from Kuttner as yet that this generous offering purges Kay of his sinful hate.

While the Green Party eats itself from within, their public support continues to evaporate. The party has always been extremely unpopular with Canadians, and this fracas—which comes off as something cooked up by comedian Ricky Gervais—likely won’t help.