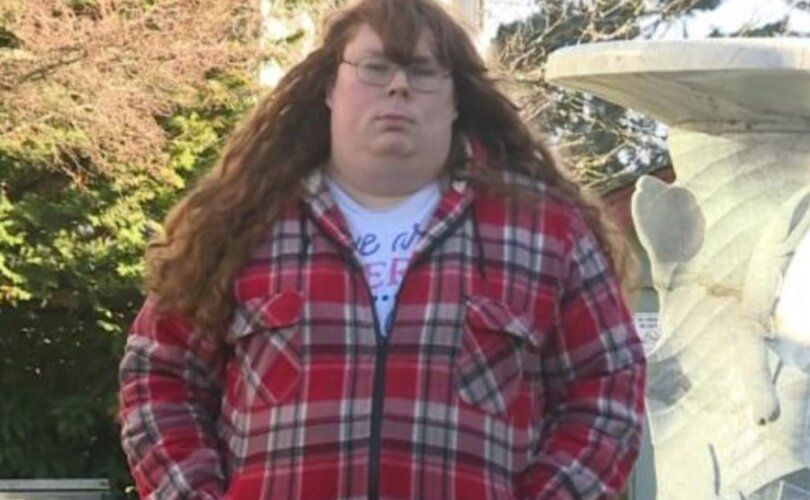 (LifeSiteNews) — “Canada is back,” Justin Trudeau announced exuberantly when he won the country’s top job in 2015, just over seven very long years ago. In his modest view, the decade under Conservative rule had irreparably harmed Canada’s reputation, and now that the most progressive Liberal in her history was in charge, all of that could change.

Trudeau’s declaration has been trotted out many times since, of course – to chuckle about his insufferable costume-swapping journeys across foreign lands that made the eyes of the Indians bulge; to note his perennial blackface habit, which would have sunk any Conservative leader almost immediately; his groping scandal; his many ethics violations; his demonization of the unvaccinated and impressive destruction of the economy.

But it is perhaps most ironic when considering what, after almost eight years of Trudeau the Younger’s reign, Canada is best known for on the public stage (besides being the “world’s first woke nation,” as the U.K. Telegraph put it). The first is the fact that we are killing tens of thousands of Canadians by euthanasia – euphemistically known as “MAiD” to avoid using terms like “euthanasia” or “suicide.” For almost two years, there has been a nonstop flood of international coverage asking why Canada is killing the poor, the disabled, and the mentally ill rather than addressing their actual needs.

The second is Canada’s extraordinary population of delusional men who have decided to identify as women and then assert their Trudeau-given rights as women in a series of cases so ridiculous that they almost appear to be intentional trolls trying to highlight where gender ideology (one of Trudeau’s hobby horses) inevitably leads. There is Jonathan “Jessica” Yaniv, for example, who sued a string of spas because the squeamish immigrant women who worked there didn’t want to wax his allegedly female testicles, cases which dragged on for months because the law, technically, was on Yaniv’s side.

There’s also the globally famous Canadian shop teacher, who sashays amongst the band saws and lathes with enormous prosthetic breasts strapped to his chest and goes by “Kayla.” After months of defending him (as a her), the school board finally passed a professional conduct policy that presumably denies Mr. Kayla the right to his fetish outfit. Meanwhile, he managed to make newspapers around the world, provoking great guffaws at Canada’s stupidity.

— Article continues below Petition —
Stand with Josh Alexander against school that allows boys to use girls' bathrooms
Show Petition Text
5617 have signed the petition.
Let's get to 6000!
Thank you for signing this petition!
Add your signature:
Show Petition Text

And now there’s another one. “Brigid” Klyne-Simpson, a very overweight and very masculine-looking male, has decided to identify as a woman and apply for membership at the Bodyworks Fitness gym in Parksville, Vancouver Island. Bodyworks Fitness has two facilities – a female-only gym and a co-ed location. Klyne-Simpson, naturally, applied for membership at the female-only facility because of course he did. His rights as a transgender person have been grievously violated, and Canadian luminaries like Justin Trudeau have been fulminating about his fundamental right to change with the girls for some years now. He, like Yaniv and Kayla, has been listening.

To defend his rights as a woman, Klyne-Simpson is now considering filing a human rights complaint after being asked by a staff member at the female-only gym to use the coed gym. This experience, he said, left him “extremely devastated” and he noted that he has felt extreme discomfort working out in the past around “a bunch of really buff guys at the university gym.” This, says Klyne-Smith, is because he’s a woman: “I didn’t quite understand why that was uncomfortable because I didn’t know I was trans at the time. I still thought I was a guy. Finding a ladies’ gym was something that seemed really exciting, and now that I’m out, I understand why I was uncomfortable at the other place.”

His excitement may have been part of the problem, and gym owner Dale Nagra stated that Klyne-Simpson was welcome to use the co-ed gym, where there are gender-neutral changerooms: “We want [Klyne-Simpson] to be comfortable, but we also have to worry about the young girls that this gym is set up for them and the women, and how are their parents are going to feel that they’re in there, then this person walks in with a male voice and big person.”

Klyne-Simpson, however, knows his trans activist talking points, and called out this perspective as bigotry. Girls who don’t like seeing male genitals in their private space need re-education: “[A]ll it takes is education. Once you understand trans women are women, trans men are men, non-binary people are who they say they are, it’s as simple as that. If you still feel uncomfortable after that, that’s on you, it’s not on me. I am who I am, it’s as simple as that. I just look different. That’s all.”

In other words: “Suck it up, princess. This is a girl penis, and you need to get woke and get used to it.” He has contacted the BC Human Rights Commissioner to see what can be done, and assures everyone that he is both a victim and a hero here: “Even if this was resolved, I wouldn’t want to go back there, but it’s not so much for me, it’s for other people, because I’m sure this is I’m not the only person that this has happened to. While I never set out to become an accidental activist or anything, I feel like maybe I do have a certain responsibility that because this has happened to me, I need to make sure it doesn’t happen to anyone else.”

Justin Trudeau should be proud of himself – he has, indeed, transitioned the country in just a few years. Canada is, back, ladies and gentleman.