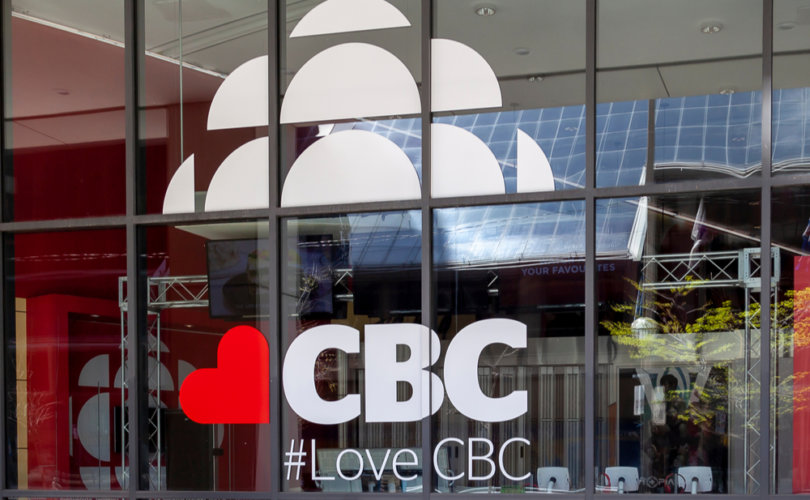 (LifeSiteNews) — Earlier this week, I noted that even Canadian Catholic schools were hosting transgender events — despite being, once upon a time, based on Catholic values. That story was first featured by the CBC, which is a factory of nearly endless stories on the spread of transgender ideology throughout our culture. Our media acts as an active cheerleader: affirming, applauding, promoting, advocating.

Another example was just published earlier this month, titled: “Transgender student says teachers keep using wrong pronouns and name, and wants more done about it.” One can find the reason for the article in the title: Not only does this “transgender student” want something “done about it.” The CBC most certainly does, as well. The act of covering this story functions as a method of putting pressure on the school to ensure that “misgendering” and “deadnaming” cease forthwith, and that all of the demands of this student are promptly followed. This is journalism as activism.

The student featured here is “Alex,” who uses the pronoun “they” and came out as transgender in Grade 7. That means the student was only 12 or 13 when he or she — it’s impossible to tell which — discovered that he or she was in possession of the wrong body. According to Alex, some teachers and students “weren’t supportive” of the new name and pronouns. Here’s how the CBC reported that:

Alex said they still don’t go a day without being misgendered by teachers and students. They added that unlike students, who have reportedly been suspended, none of the teachers seem to face any consequences.

The issue of misgendering is important, as transgender people have higher rates of suicide and mental health issues than others, according to research. A recent study led by the Centre for Addiction and Mental Health in Toronto suggests such concerns are linked to the discrimination they face.

Alex acknowledged that being misgendered or referred to by their former name (an action known as deadnaming) has impacted their mental health.

In short, the state broadcaster is accusing students and teachers at this school of using language that could potentially contribute to the suicide of a very young student who has decided to change genders. The veiled threat here is easy to discern: Change your behavior, or we’ll accuse you of murdering trans kids. Thus, the not-so-subtle note that “none of the teachers seem to face any consequences,” is actually a hint that maybe some teachers should start getting punished for not getting in line, and fast.

Alex’s family is, of course, fully on board with this, with one parent stating: “What Alex is experiencing is traumatic … Alex is still misgendered on a daily basis. Alex is not benefiting from these strategies or training approaches … my priority is my child’s safety, and when they’re being misgendered, they’re not safe.”

Got that? If teachers don’t respect Alex’s new gender identity — whatever that is — or forget to use the new name, or the pronoun “they,” they are guilty of threatening Alex’s safety. They are not just insensitive, they are a danger to the students. This is cry-bullying at its best.

This one little story, published by the state broadcaster with taxpayer funds, is another example of how government media is enforcing the new narrative. If you do not conform to the new dogmas, you will be exposed, pinpointed as a danger to children, and if you persist in “misgendering” or “deadnaming” or what have you, eventually fired. As a public menace, you’ll no longer be able to find a job. The LGBT movement sets the agenda, the government passes the legislation, the activists train the educators, and the state media acts as narrative enforcers.

If you’re a young person planning your career, take a good look at the profession you want — and make sure that you find one that is outside the new power structures that are taking shape before our eyes.