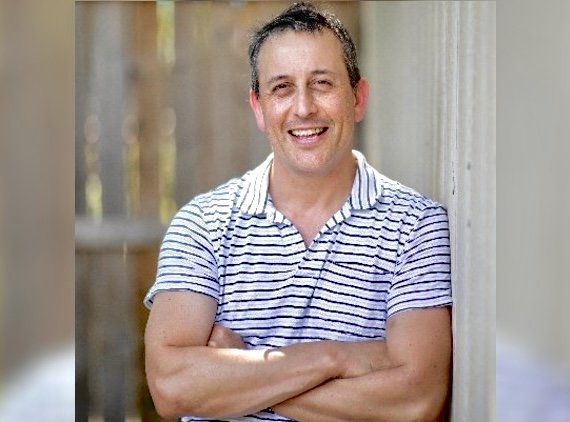 Dr. David Fisman made the insane comment during a recent interview while speaking about a new study he co-authored.

The study is called “Impact of population mixing between vaccinated and unvaccinated subpopulations on infectious disease dynamics: implications for SARS-CoV-2 transmission.”

You may recall that Fisman had to resign from a pseudo-governmental organization, the Ontario Science Table, last year because of a conflict of interest. The conflict arose when it was discovered that he was getting paid by a teacher’s union to advocate for school closures while also getting paid by the government to tell them whether or not to stay locked down.

The member known for making exaggerated & incorrect modelling projections, like February’s call for a never-seen “tsunami of deaths,” is responsible for needlessly striking fear into tens of millions on Ontarians https://t.co/K5KyVySalB

Currently, all levels of Canadian governance are as corrupt they have ever been, so for a medical bureaucrat to be forced to resign for ethical reasons is saying something.

The authors of the study suggest that their models (yes, people still believe in COVID models) show that the unvaccinated pose a disproportionate danger to the vaccinated.

It is a good question, but unfortunately for us, it is only COVID sages who get paid in multiple ways by the government who are qualified to answer such riddles.

Something doesn’t add up

All of this is based on a mathematical model that made estimates about things that could happen based on hypothetical mixing of the jabbed and unjabbed.

The study says that this happens because the vaccinated are a “buffer” for transmission.

If this is true, the vaccines do not stop infection, and unvaccinated people are somehow less likely to get infected in some scenarios than vaccinated people … Why would anyone get jabbed if that is the case?

Adding to his charming road-rage analogy, Fisman castigated the unvaccinated by saying: “ … we don’t allow you to do that on a highway [drive fast] partly because you can kill and injure yourself, but also because you’re creating risk for those around you.”

We might extend his analogy and say that the safest thing to do would be to “take the vaccinated off the road,” since clearly nothing they do will protect them.

The real motivation behind the study is revealed by Fisman in an interview where he said, “We thought what was missing from that conversation was, what are the rights of vaccinated people to be protected from unvaccinated people?”

“What we kind of concluded is that the decision to not be vaccinated — you can’t really regard it as a self-regarding risk (because) you’re creating risk for other people around you by interacting with them.”

Of course, the clean should be kept away from the unclean, because the medicine only works if everyone takes it.

Now, of course, vaccine segregation has already happened for months, yet it is the jabbed who are in the hospital at a rate that exceeds the unjabbed. However, real-life information does not have a place in Fisman’s COVID logic.

In addition, something else from his study and comments stand out, namely that the unjabbed pose a risk to the jabbed.

If this is true, wouldn’t the unjabbed pose a risk to each other?

It stands to reason that if Fisman is worried that unvaxxed Ontarians are spreading a virus to vaxxed Ontarians, that they would also spread it to each other. And, if the jabbed act as a “buffer’ against infection, then why have vaccinated Ontarians consistently taken up the vast majority of hospital beds?

Wouldn’t this buffer simply buffer away all the COVID?

Furthermore, Fisman admitted that the mathematical model can’t reflect the real world or the “diverse factors.” I think by diverse factors he means those pesky things called “human behaviour” and “free will.”

At the same time, he also said that the study undersold the awesomeness of vaccines.

So, according to Fisman’s COVID logic, the jabbed are not safe around the unjabbed, and he knows this because of math. However, it is math that doesn’t reflect reality, but, vaccines still work … which is evidence by the jabbed getting sick from the unjabbed.

Perhaps Fisman is no longer on the take from teacher’s unions and government cronies and has moved on to a career as a salesmen for migraine medication – this might explain the seeming desire to make people’s heads explode.