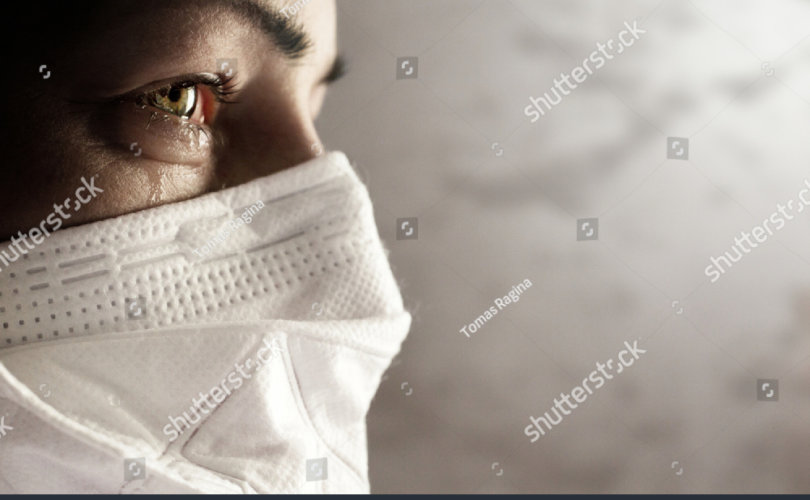 (LifeSiteNews) – Canadian pro-freedom organization Police on Guard for Thee released a series of videos with whistleblowers from the Canadian healthcare field that have laid bare their frustrations and concerns with the continuing COVID saga.

So far, the organization has released four full-length interviews. One of the interviews is with a veteran doctor, one with a nurse supervisor with extensive experience in a nursing home, and the two others are with paramedics.

For professional reasons, the nurse and doctor had their faces blurred and their voices distorted to remain anonymous. Their testimonies about the extensive damage they have seen with patients who have taken the vaccines are concerning, to say the least. They both say that not only have they seen severe reactions in a number of patients who were recently jabbed, but that in some cases they have been told not to express their concern and that professional standards have been thrown out the window.

On August 9, the newest interview was released with the nurse supervisor who expressed her dismay about the extent of post-vaccine reactions that she has witnessed.

“I have never seen anything even close to what has happened in any other pandemic as what I’m seeing right now,” she said.

She said that “everything is being run by the government and public health” and said that nurses are no longer allowed to care for patients using their own judgment.

Asked about the mysterious disappearance of the flu for much of the declared pandemic, she said that “in my facility, we were not testing for anything except for COVID-19.”

In addition to a myopic focus on COVID, she said that she saw loads of people coming in after the jabs were rolled out with severe diarrhea, migraines, and cardiovascular and breathing issues.

She also stated that it was her opinion that infections rose by “400 percent” after the shots were distributed in the “excretion system” where the body “get[s] rid of toxins.”

According to the nurse, female nurses started to notice problems with their reproductive cycles after taking the jabs and would discuss with one another.

When the concerns of nurses were brought up to administration, they were instructed to manage symptoms rather than make an “connection to a vaccine.”

She asked public health for advice on what to do when post-jab patients would present themselves and was told that unless reactions were witnessed within “seven days” of taking the jab, that there would “be no investigation” into the cause of any events.

Becoming emotional, she described an atmosphere of coercion, where nurses were told what they were allowed to say and not say about vaccines in public.

“We were just being threatened non-stop” she said while crying.

The doctor of 35 years echoed similar sentiments when discussing his experiences during the declared pandemic.

He took umbrage with the use of remdesivir as a supposed cure for COVID.

“The clinical benefits of remdesivir are close to zero,” he said.

He said that by the time a patient would present himself for treatment, remdesivir was useless. “In the second week or later, we’re not in the viral replication phase, we’re in the inflammatory cytokine storm phase … remdesivir is an antiviral, the virus is gone, so why are you using remdesivir?”

He said that doctors have “fallen away … from the art of treating” patients.

Asked about mandating COVID vaccines, he replied that he knew a “young person who passed away his sleep within less than 24 hours” of being jabbed.

“No one has been given true informed consent about these vaccines,” he added, and called for an investigation into the deaths of those who have died suddenly after taking the jabs.

He contrasted the rollout of the COVID shots with the attempt to distribute vaccines for the Swine Flu. “When the Swine Flu vaccine came out, there were 50, five-zero, deaths, at which point the vaccine program was terminated because that was the threshold for the signal of harm that terminated the program.”

“With these vaccines,” he said, “there is no cutoff, there is absolutely zero cutoff.”

He said that in his own practice he has witnessed “a litany of side effects” from the jab.

The veteran doctor went on to list a series of adverse events that he witnessed that all happened within a three-week period of taking the jab.

“Some of these events include a massive myocardial infarction in a patient that had no prior coronary disease,” he said.

One of his patients who has since experienced serious problems with his heart went on to get a booster because, in the opinion of the doctor, the messaging has been so severe that patients believe COVID poses a greater risk than anything they experienced with the vaccines.

The doctor said he saw pancreatitis in a patient who had “no risk factors” and it occurred “within hours of receiving the first dose of the Pfizer vaccine.” That same patient went on to spend eight days in a hospital.

He also added that he has seen a recent rise in shingles in younger, healthy people that he believes is associated with the jab.

Individuals who work in the Canadian health system are encouraged by Police on Guard for Thee to share their stories about working under COVID and send an email to [email protected] using the subject “Whisteblowers.”