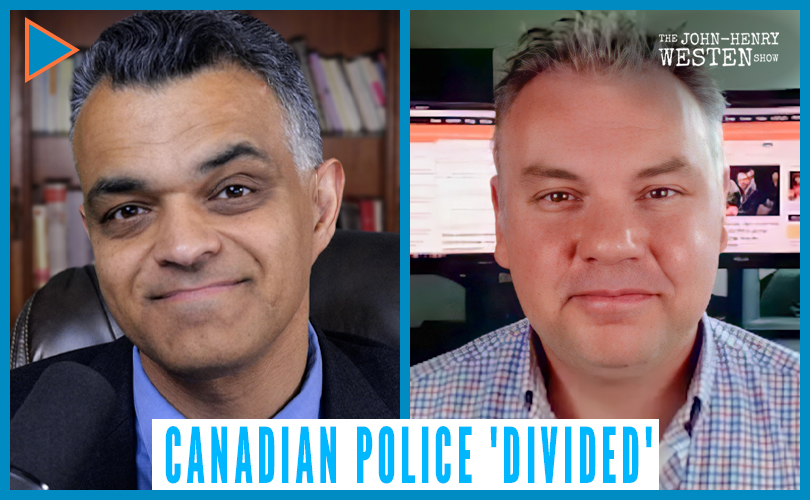 July 30, 2021 (LifeSiteNews) — Are you worried about all these tyrannical and unconstitutional laws coming out in many countries surrounding COVID and parental rights? Or about the prospect of having the police show up at your door to take your kids away or force you to be vaccinated?

For this episode of The John-Henry Westen Show, I spoke with Rob Stocki, a former police officer from Ottawa, Canada, who shared his unique look into what’s happening inside law enforcement groups in the country. Prior to retiring in 2010 to volunteer and work in the private sector, he was an officer for 13 years, and now speaks openly in support of freedom for Canadians.

Stocki brought special attention to the story of Pastor Artur Pawlowski, a Christian preacher who was arrested during a highway takedown after he refused to shut down his church. Stocki calls him “a hero” for standing up for freedom. “He exercised his rights and he did not cooperate … [because] he doesn’t believe the narrative of COVID; he doesn’t believe that his church service should be shut down, and I completely agree with him.”

Stocki further detailed how the particular tactic used to arrest Pawlowski is “how you treat highly dangerous criminals.” He concluded that the arrest was used to intimidate people to submit to the dictates, and as an example of what might happen to you if you disobey.

Stocki warned that it is up to Christians and freedom-loving people to use critical thinking in these times. “It’s our responsibility to pay attention to what is happening in politics … and really evaluate what is happening, ‘where is this coming from, who’s forcing us to have this message, or who’s putting this message upon us … and what is their end goal?’”

Stocki described growing concerns among former colleagues who are still active duty police officers, as more authoritarian rules with COVID are pushed on ordinary Canadians. “The police force on this issue, to some degree, is divided, but at different levels,” he said.

He also mentioned how there are officers who would follow any order or law that they are told to do, and those who won’t, whether passively or openly. “Most officers do not agree with what is happening right now, especially the ones who are halfway through their career or more.” Stocki also told me that many cops would rather quit the force than violate their conscience in obeying unlawful and unconstitutional dictates.

Rob Stocki is a member of Police On Guard For Thee, a group of active duty and retired police officers who promote freedom and true vision of the law.