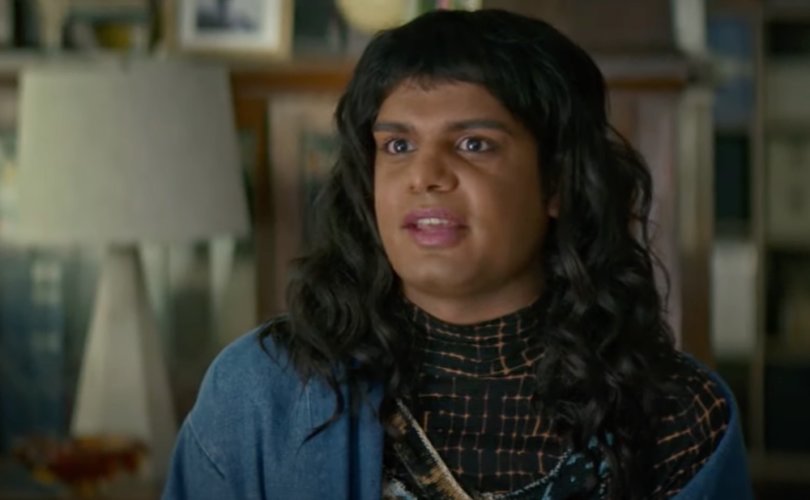 (LifeSiteNews) — If you are a tax-paying Canadian citizen, your wages are garnished in part to fund the Canadian Broadcasting Corporation, the nation’s state broadcaster. The CBC has always been cartoonishly liberal; those who listen to or watch the CBC’s programs expect the bias and account for it.

But in the last few years, it’s become nearly impossible to listen to CBC radio for any length of time without being subjected to another glowing profile of some sexual minority in one of Canada’s multicultural communities. I can’t count the number of “human interest” transgender stories I’ve caught snippets of on the radio. The agenda is obvious.

As some of you might remember, the CBC even released a documentary a couple of years ago promoting “Drag Kids,” attempting to mainstream the sexualization of children and portraying drag as a great activity for kids. The content was bad enough; the fact that we’re paying for it is rage-inducing. Prime Minister Stephen Harper could have crippled the CBC during his tenure, but chose not to. It was a mistake.

“Sort Of” follows Toronto millennial Sabi Mehboob, a gender fluid, Canadian-Pakistani as they navigate the twists and turns of, well … life. The show has everything. Sabi struggles with their gender identity and sexuality, friendships, work, and relationships all while coming of age. Based loosely on Bilal Baig’s life, “Sort Of” is the first show on TV to star a trans-feminine, queer, Muslim actor. Not only is the show breaking down barriers in subject matter on mainstream television, but providing on-screen representation for those who may not have had that prior.

Yeah. Reread that for a moment. Your tax dollars pay for that. Also notice that the writer uses the pronoun “they” to talk about a single person, because everything is stupid now. The profile is replete with various shots of Baig dressed in women’s clothes and striking feminine poses, and he is glowingly described as “heavily involved in the creative and queer communities” and “a leader for other trans and queer folks around the city.”

What the profile doesn’t mention, of course, is that being a “trans-feminine, queer Muslim” is a contradiction in terms. We can all pretend that Islam embraces such things, but we also know that it is nonsense. I’d love to hear the opinion of a few Canadian Muslim clerics on being a queer trans-feminine TV actor — but I won’t hear that on the CBC. When Canada’s state broadcaster celebrates diversity, it’s not talking about the enormous number of religious groups that hold very conservative stances on matters of sexuality; they’re talking about cross-dressing queer trans-feminine Muslims.

In fact, the little-known Islamic Party of Ontario made its views clear in their section on social policy a couple of years back:

So there you have it, then. These views are far more reflective of Canada’s Muslim community than the queer trans-feminine whatshisface on the latest taxpayer-funded government TV program. In fact, if Canadian Muslims were Christians, Trudeau would probably be condemning them as un-Canadian bigots and whipping up fear as we speak.

The state of this country is pathetic.