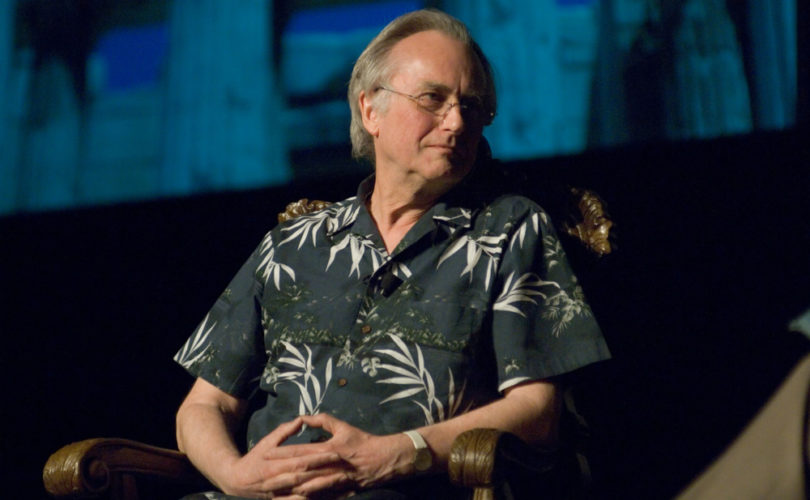 April 21, 2021 (LifeSiteNews) — The culture wars of the 2020s are creating some strange bedfellows. J.K. Rowling, the author of a series of books Christian parents treated with healthy suspicion, has come out against the trans ideologues along with a litany of other beleaguered feminists. When I posted my interview with Chris Elston, an activist campaigning against giving puberty blockers to children, I got a comment on Twitter from Marc Emery, the renowned libertine activist from British Columbia known as the Prince of Pot: “@christophelston is the hardest working man in Canada trying to save children from irreversible damage urged on by sick ideologues of the gender identity cult.”

Okay, then. Didn’t expect that to happen. But in 2021, the battle lines no longer pit Right against Left so much as those willing to unharness from biology and take the plunge into radical autonomy and self-realization at all costs versus those who believe that this is an incredibly dangerous path—particularly for the upcoming generation of guinea pigs weaned on LGBT entertainment, public school propaganda, and the dark digit forests of the interwebs.

Meanwhile, trans ideologues have been cutting their way through progressive ranks, dispatching traitors and those who refuse to bend the knee to the new gender regime. Even an icon as renowned as Germaine Greer, whose taboo-smashing 1970 book The Female Eunuch became a seminal feminist text is not safe. Young people these days are far more radical than Greer ever was, and far less tolerant of dissent. The Sexual Revolution, it turns out, is the same sort of revolution that had Robespierre thrusting his own head into the guillotine.

The latest victim of the purge is biologist Richard Dawkins, the international atheist celebrity who authored The God Delusion and was once dubbed a member of the “Four Horsemen of the Apocalypse.” On April 12, Dawkins tweeted, “In 2015, Rachel Dolezal, a white chapter president of NAACP, was vilified for identifying as Black. Some men choose to identify as women, and some women choose to identify as men. You will be vilified if you deny that they literally are what they identify as. Discuss.”

Dawkins apparently did not realize that gender ideology is not the sort of thing he is permitted to “discuss.” Gender ideology is to be accepted on faith, and despite his life-long quibble with faith, he is required to get with the program. He was instantly swamped by the trans tsunami, and hastily sent out another tweet to clarify: “I do not intend to disparage trans people. I see that my academic ‘Discuss’ question has been misconstrued as such and I deplore this. It was also not my intent to ally in any way with Republican bigots in the US now exploiting this issue.”

This, of course, was too little, too late. The trans movement operates on a “one strike, you’re dead” system, and pressure was immediately applied where possible. The American Humanist Association promptly stripped him of their highest honor, the Humanist of the Year award, which it bestowed on him in 1996.

“Regrettably, Richard Dawkins has over the past several years accumulated a history of making statements that use the guise of scientific discourse to demean marginalised groups, an approach antithetical to humanist values,” AHA said with an apparently straight face. “His latest statement implies that the identities of transgender individuals are fraudulent, while also simultaneously attacking Black identity as one that can be assumed when convenient. His subsequent attempts at clarification are inadequate and convey neither sensitivity nor sincerity. Consequently, the AHA Board has concluded that Richard Dawkins is no longer deserving of being honoured by the AHA, and has voted to withdraw, effective immediately, the 1996 Humanist of the Year award.”

The American Humanist Association has gotten with the times, and has laid out its own position on the matter in no uncertain terms. This, according to the trans movement, is how its done:

We are aware that cis-white heteronormative patriarchal institutions, power structures, and social attitudes harm Indigenous, Black, Brown, LGBTQ+, disabled individuals, women and other communities — especially those at the intersections of marginalised identities. We recognize these injustices are rooted in long standing overt and covert systemic inequalities. We acknowledge that our organisational structures were created from and continue to perpetuate these injustices and inequalities. The AHA commits to holding ourselves accountable to ensure that equity is embedded in every aspect of our organisation.

Dawkins, for his part, has not bothered to respond. In all likelihood he surveyed the fresh young wolves baying for his blood, shook his head, and concluded: “I’m too old for this … stuff.” The radicalism of young progressives is jarring to the elderly liberals who did the hard work of clearing God and Christianity out of the way, mainstreaming the redefinition of marriage, and championing abortion. Now that they have, a new generation is on the scene — and they don’t even pretend to care about the niceties that defined our earlier debates. They are here for victory, and they will take it at all costs.