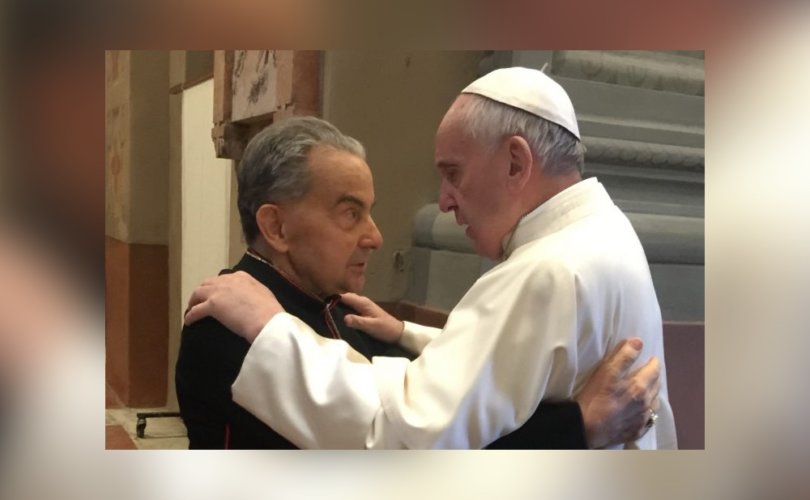 September 8, 2017 (LifeSiteNews) — A few months before he died, Cardinal Carlo Caffarra begged Pope Francis in a letter made public in June to end the “confusion and disorientation” within the Church after the publication of the Pope’s April 2016 Exhortation Amoris Laetitia.

But Pope Francis never answered the Cardinal’s April 25 plea, just as he never answered the September 19, 2016 plea of Caffarra along with three other cardinals to confirm that his Exhortation conformed to perennial Catholic teaching.

Now the Pope of “dialogue” will never have the chance to respond to Caffarra. But this does not make the letter any less relevant.

In the letter, Caffarra asked the Pope for an audience for himself and the other three dubia signers, Cardinals Joachim Meisner (now deceased), Walter Brandmüller, and Raymond Burke to “resolve uncertainties and to bring clarity” to “some objectively ambiguous passages” in Amoris Laetitia.

The Cardinal clearly outlined the devastation the Exhortation was already causing in the Church in the first year of its publication.

“During this time, interpretations of some objectively ambiguous passages of the post-synodal Exhortation have publicly been given that are not divergent from but contrary to the permanent Magisterium of the Church,” he wrote.

Caffarra wrote that it was “painful” for him to witness the Exhortation’s effect upon the Church.

“Not only access to the Holy Eucharist for those who objectively and publicly live in a situation of grave sin, and intend to remain in it, but also a conception of moral conscience contrary to the Tradition of the Church,” he wrote.

“And so it is happening — how painful it is to see this! — that what is sin in Poland is good in Germany, that what is prohibited in the archdiocese of Philadelphia is permitted in Malta,” he added.

The Cardinal hoped that an audience with the Pope would be a good occasion for “clarification of the five points indicated by the dubia” and to address the “situation of confusion and disorientation, especially among pastors of souls.”

“Faced with this grave situation, in which many Christian communities are being divided, we feel the weight of our responsibility, and our conscience impels us to ask humbly and respectfully for an Audience,” he wrote.

But Pope Francis, unfortunately, did not see matters the same way.

Yes, Caffarra’s life has ended. But, the “confusion and disorientation” within the Church which pained him so much has not.

Yes, Caffarra has passed. But, his parting words to the pope in his last letter now take on the dimension of an unfulfilled prophecy that will haunt the Francis papacy until the Pope addresses his concerns.