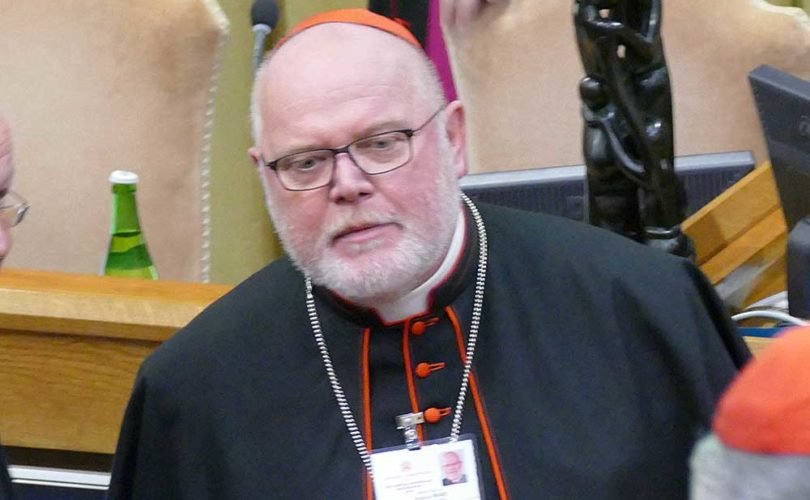 July 22, 2019 (LifeSiteNews) – German cardinal Reinhard Marx has suggested that the time is ripe for the laity, men and women, to preach homilies at Mass.

Last Saturday, the Cardinal delivered a talk to a diocesan assembly of lectors in his Archdiocese of Freising-Munich where he said that he was “a bit disappointed” about some of the homilies he has heard in some parishes. He wondered if the laity might have a  better gift for preaching.

“How does the homily of the future look like? May only the priest preach? Things have to develop further,” he said.

These words come in the wake of an article that was just published on the news website of the German bishops – whose president Marx is — where it was proposed that women should become preachers during Mass. Father Nikodemus Schnabel, the author of this article, asked: “what speaks against a true re-discovery of the liturgical office of the lector and of the female lector, with which only non-clergymen can be tasked?”

These lectors would then be not only tasked “with the proclamation of the Word of God, but also with its exegesis.”

Thus, he was clearly proposing a new liturgical office that would include female preachers.

Cardinal Reinhard Marx seems to be going in that same direction when he stated on Saturday that sometimes, he misses an exegetic discussion of the biblical texts in homilies, saying that “it is not being questioned what really is meant [in the text].”

Since “talents are different,” the German prelate raised the question of lay preachers. “Do we not want to say: he who has a talent, he shall speak?” he asked. “May only the priest preach?” In general, Cardinal Marx hopes for “a greater diversity of that which is the homily.”

These comments come shortly after a private and unannounced pre-Amazon Synod meeting took place near Rome, at which several German prelates and theologians participated, among them Cardinal Walter Kasper and Bishop Franz-Josef Overbeck. An official summary of that meeting called for the introduction of female deacons. The authors of this summary state about women that they “propose that their leadership be recognized, promoting various ministerial forms of exercising service and authority, and in particular, that reflection on the female diaconate be taken up again in the perspective of Vatican II (cf. LG 29, AG 16 IL 129 c2).”

At that gathering also was present Bishop Erwin Kräutler who, on July 14, expressed his hope in an interview with the Austrian TV channel ORF that the upcoming 6-27 October Pan-Amazon Synod would bring forth “at least female deacons,” next to the married priesthood. If it were for him, female priests would be the goal, however. He asked in this interview: “When two-thirds of these parishes [in his Brazilian diocese of Xingu] are led by women, why can they then not also obtain ordination and preside on Sundays over the Holy Eucharist?”

Peter Winnemöller, a well-known Catholic journalist and commentator in Germany, was alarmed by Cardinal Marx' remarks about lay preachers. ​​

“And now also lay preachers. The highly active archbishop of Munich and president of the DKB [German Bishops' Conference] does not tire to push forward with his program of destruction,” he wrote on his blog,

In light of the newly published numbers of Church membership in Germany – with more than 200,000 Catholics leaving the Church in 2018 (which is an increase of 27%) – some observers wonder why the German bishops are so eager to continue their agenda of reform when it seems to have detrimental effects on the Church.