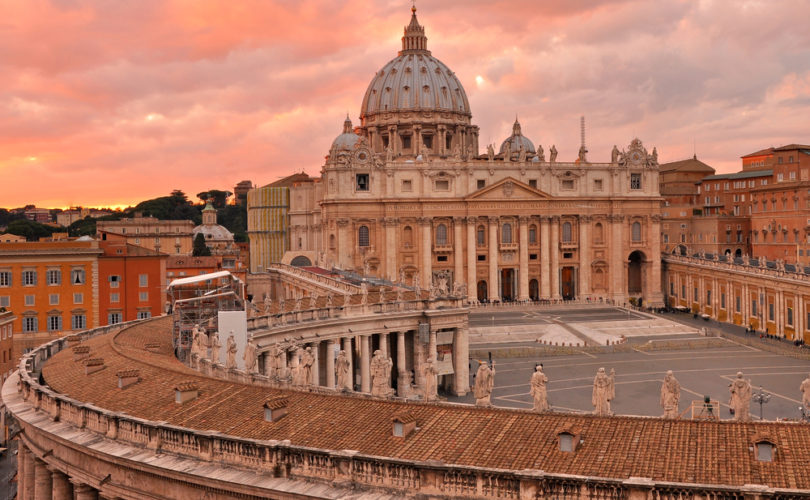 October 8, 2018 (LifeSiteNews) – Those observing the developing controversy which has followed Archbishop Viganó’s extraordinary denunciation of Pope Francis had their patience rewarded by an official response from a leading Cardinal, the Canadian Marc Ouellet. As Prefect of the Congregation of Bishops since 2010, he is uniquely qualified to confirm or deny what is perhaps the central factual claim of Viganó’s testimony. This is that in 2009 or 2010 (I quote from Viganó’s testimony):

Pope Benedict had imposed on Cardinal McCarrick sanctions similar to those now imposed on him by Pope Francis: the Cardinal was to leave the seminary where he was living, he was forbidden to celebrate [Mass] in public, to participate in public meetings, to give lectures, to travel, with the obligation of dedicating himself to a life of prayer and penance.

(McCarrick had retired at the usual age from the Archdiocese of Washington, D.C. in 2007. On June 20, 2018, he was stripped of the title of Cardinal in light of allegations that he had sexually abused a minor. He retains the rank of Archbishop.)

This claim is explosive because following the election of Pope Francis, McCarrick was, as one journalist approvingly expressed, “back in the mix and busier than ever,” having been “more or less put out to pasture” by Pope Benedict.

Archbishop Viganó made a special point in his testimony of pointing to Cardinal Ouellet, among others, as able to corroborate his claims. In a second public letter, he addressed Cardinal Ouellet directly:

Your Eminence, before I left for Washington, you were the one who told me of Pope Benedict’s sanctions on McCarrick. You have at your complete disposal key documents incriminating McCarrick and many in the curia for their cover-ups. Your Eminence, I urge you to bear witness to the truth.

So what has Cardinal Ouellet said in response? The key passage on this question of substance, in a long letter, is as follows:

The former Cardinal, retired in May of 2006, had been requested not to travel or to make public appearances, in order to avoid new rumors about him. It is false, therefore, to present those measures as “sanctions” formally imposed by Pope Benedict XVI and then invalidated by Pope Francis. After a review of the archives, I find that there are no documents signed by either Pope in this regard, and there are no audience notes from my predecessor, Cardinal Giovanni-Battista Re, imposing on the retired Archbishop the obligation to lead a quiet and private life with the weight normally reserved to canonical penalties. The reason is that back then, unlike today, there was not sufficient proof of his alleged culpability. Thus, the Congregation’s decision was inspired by prudence, and the letters from my predecessor and my own letters urged him, first through the Apostolic Nuncio Pietro Sambi and then through you, to lead a life of prayer and penance, for his own good and for the good of the Church.

In the first sentence Cardinal Ouellet makes two admissions: first, that the Holy See was well aware of “rumors” about McCarrick, before Viganó’s appointment as Nuncio in 2011; secondly, that McCarrick was indeed under orders not to travel or make public appearances.

The rest of the quoted passage, and indeed the rest of Cardinal Ouellet’s letter, reads like an attempt to play down the significance of these admissions. Ouellet denies the existence of any paper trail linking the sanctions on McCarrick to Pope Benedict personally, and he points out that the sanctions, if we may call them that, did not arise from a canonical trial. However, since it was clear from Viganó’s original letter that the sanctions were not publicly known, neither point is surprising.

As the canon lawyer and Catholic News Agency editor Edward Condon remarked on this passage: “Sounds like a precept to me.” The point is that McCarrick was clearly placed under an obligation to observe these conditions, which were imposed by his canonical superiors, and delivered to him in person by the Pope’s official representative in America, and, on one Nuncio’s retirement, emphatically reiterated by his successor.

The significance of Viganó’s claim was never in the precise canonical category of McCarrick’s “life of prayer and penance,” but in the fact that there was something which Pope Francis later de facto lifted or rendered irrelevant.

The fact is that Pope Francis clearly felt a certain freedom in brushing aside such accusations, which in the Barros case he memorably attributed to “leftists.” He has since apologized for his handling of that case, and may perhaps feel a similar contrition for his handling of others like it.

Another aspect of the defense of Pope Francis over McCarrick undermined by Cardinal Ouellet’s letter is the question of the Pope’s “silence.” When confronted by the news of Viganó’s testimony, Pope Francis said that he would “not say one word” about the matter. In a series of sermons, he later seems to make this silence into a virtue, even comparing it with the silence of Christ before His accusers.

From a public relations perspective silence is an appropriate response to accusations so absurd that their credibility would be enhanced, rather than reduced, by taking them seriously. However, the decision has clearly now been made that the policy of silence is not working. Viganó’s accusations cannot be ignored; instead, a senior cardinal has stepped forward to address them: the very cardinal, in fact, whom Viganó most wanted to hear from. This is an acknowledgement, however reluctant, that the accusations are worthy of response.

Finally, Cardinal Ouellet criticizes not only Viganó’s detailed claims, but his action of making them. Addressing Viganó directly, he exclaims:

I wish that I could help you return to communion with him who is the visible guarantor of communion in the Catholic Church.

This is a very puzzling statement. The Pope is indeed “the visible guarantor of communion in the Catholic Church,” but it does not break communion with a pope to criticize him, even harshly, or even unjustly. It is a profoundly worrying sign that a senior Cardinal should confuse the bond of communion with the Pope, which derives from baptism, with support for a particular Pope based on his personal qualities. As far as is publicly known, or implied by Cardinal Ouellet’s letter, Archbishop Viganó has not disobeyed any command of his superiors; nor is he under any canonical penalty or (to use Cardinal Ouellet’s distinction) informal restriction.

Contrary to Cardinal Ouellet, those most loyal to the Pope at this moment of crisis are those who, if necessary in defiance of considerations of career and reputation, speak and hold fast to the truth, to make possible the cleansing of the Church from the “filth” which Pope Benedict warned besmirches it.