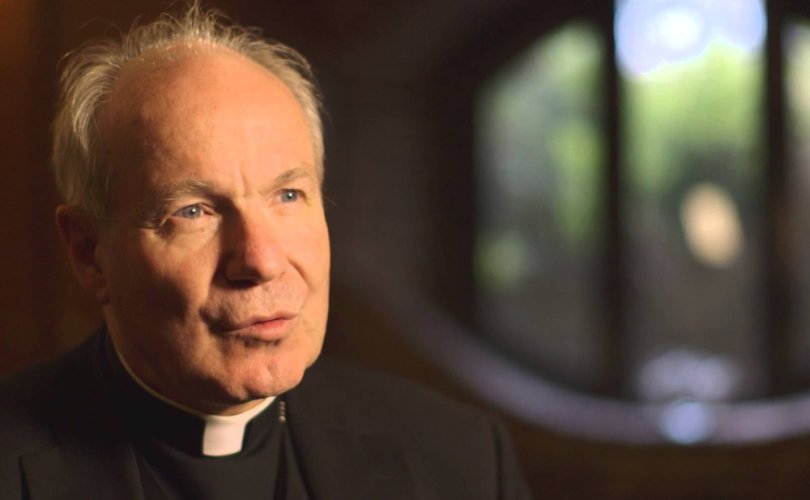 October 1, 2018 (LifeSiteNews) – Austrian Cardinal Christoph Schönborn expressed his hope on the weekend that he might one day “also ordain women to the diaconate.”

On 29 September, Cardinal Schönborn presided over a diocesan gathering in St. Stephen's Cathedral in Vienna where he is the archbishop. During his speech, he reported that only a few days earlier, he had ordained 14 married men to the permanent diaconate.

“Perhaps [I will ordain] one day also women as deacons,” the Cardinal added, according to an article written by the Austrian bishops news agency kathpress.at. The article continues, quoting Schönborn as saying that there have been female deacons in the Church in the past, and in some Eastern churches they exist until today.

“This is fundamentally possible,” the Cardinal added.

On that same day, Cardinal Schönborn posted a message on his official Twitter account expressing his hope for female deacons. The tweet was shortly thereafter deleted.

The tweet, archived by LifeSiteNews, stated: “I have a strong relationship with my priests and my deacons. Only a little while ago, I was able to ordain again deacons. A great joy.  Perhaps I may one day also ordain women to the diaconate…. Dear priests, have courage for team work! Collaboration, trust is the most important thing [“das a and o”].”

It is not the first time that Cardinal Schönborn has promoted the idea of ordaining women to the diaconate. In April of 2018, he not only spoke about female deacons, he even proposed female priests and bishops. At the time, the only caution he spoke was that such a change “clearly can only be clarified by a council.”

“That cannot be decided upon by a pope alone,” the Cardinal added at that time, “that is a question too big that it could be decided from the desk of a pope.”

In June of this year, the Austrian Cardinal and papal adviser backtracked on his claims when he said in a TV interview that the Pope had ruled it out that there would be in the future female priests. “There have never been female priests in the Catholic Church, from the beginning not,” Schönborn then explained. Therefore, “this [female priests] would be such a deep incision [sic – “Eingriff”] into the 2,000-year-old tradition, and even Pope Francis has said that this [possibility] is not foreseen in the Tradition.”

It was in April 2018 that now-Cardinal Luis Ladaria – the Prefect of the Congregation for the Doctrine of the Faith – published an article in L'Osservatore Romano, in which he stated that female priests are ruled out for the Catholic Church.

He wrote: “With regard to the ministerial priesthood, the Church recognizes that the impossibility of ordaining women belongs to the ‘substance of the sacrament’ of Holy Orders (cf. Denzinger-Hünermann, 1728). The Church has no capacity to change this substance.”

Cardinal Schönborn's April 2018 promotion of the idea of ordaining women to the priesthood was followed in May by a statement by Cardinal Walter Brandmüller, one of the dubia cardinals. Responding to a German female politician who herself had proposed to ordain women to the priesthood, the German cardinal stated that the question of female priests has been authoritatively ruled out by Pope John Paul II and that, therefore, anybody who insists upon this matter – “to include the ordination of female deacons” – “has left the foundations of the Catholic faith” and “fulfills the elements of heresy which has, as its consequence, the exclusion from the Church – excommunication.” ​