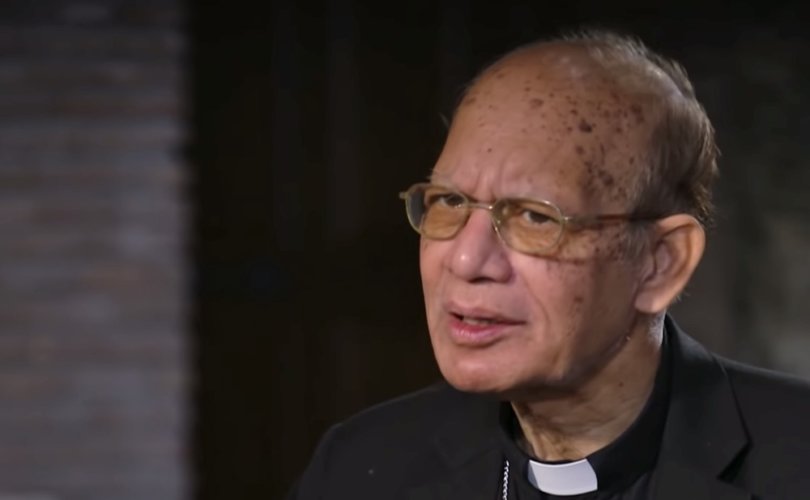 February 25, 2020 (LifeSiteNews) – Cardinal Oswald Gracias, a member of the Pope's C6 Council of Cardinals as well as the head of the Indian bishops' conference, has claimed in an interview that the path to married priests is still “open.”

He calls Pope Francis “very clever” by “endorsing the final document” of the Amazon Synod, thus leaving it “a valid reference point.”

In the interview, Gracias also calls for greater responsibilities for women in the Catholic Church.

The final document of the October 2019 Amazon Synod had endorsed to ordain to the priesthood married men who are already deacons (no. 111)  and also proposed to support further study the question of the female diaconate (no 103).

Gracias, who just had participated at the February 17-19 meeting of the Council of Cardinals which advises Francis, thus endorses an approach to the Pope's post-synodal exhortation Querida Amazonia which leaves all doors open. Querida Amazonia has been presented to the public on February 12, and, ever since, Catholics are trying to determine what the possible consequences of this new papal document might be.

The cardinal from South Asia stresses in this new interview with the National Catholic Reporter that the Pope was under many “pressures” and that there are “people who do not want any change,” while at the same time others “want overnight changes.”

“He's got to carry everybody with him,” Gracias explains, also in light of the fact that the Pope seeks “synodality.” In order to take everybody along, the cardinal adds, “we go slower than we would like to go because of that.”

Commenting on Querida Amazonia, Gracias calls it “very clever” that the Pope is “endorsing the final document.”

“Therefore the final document remains a valid reference point,” he explains. With regard to the question of the married priests, that means for the prelate that “it's open.”

Gracias also comes back in this new interview to a proposal he himself had made during last year's Amazon Synod. “I had suggested in my intervention that, following present canon law, there's a possibility,” that the Holy See can grant “a dispensation” in the case of a married man who wishes to become a priest. Accordingly, the cardinal had then suggested that Amazon bishops, or groups of them, could petition the Vatican to grant them such a dispensation. Since the Pope, in his recent exhortation, did not address this matter directly, this possibility still is “open,” also in light of the Pope's “endorsing the [final] document.

About possible ministries for women or other leading roles for them, Cardinal Gracias states that “we have not applied our mind to it.” Here, he explicitly mentions “leadership in the church parish community,” a topic which is mentioned by Pope Francis's new exhortation in a positive manner. As a matter of fact, the Pope calls for lay leadership in church communities in the Amazon region.

In his document (no. 94), Pope Francis writes: “A Church of Amazonian features requires the stable presence of mature and lay leaders endowed with authority,” and he adds about the role of women the following in no. 103:

In a synodal Church, those women who in fact have a central part to play in Amazonian communities should have access to positions, including ecclesial services, that do not entail Holy Orders and that can better signify the role that is theirs. Here it should be noted that these services entail stability, public recognition and a commission from the bishop. This would also allow women to have a real and effective impact on the organization, the most important decisions and the direction of communities, while continuing to do so in a way that reflects their womanhood.

Similarly to Cardinal Gracias, the Pope's ghostwriter and theological adviser, Archbishop Víctor Manuel Fernàndez, had also recently stated in the Vatican newspaper L'Osservatore Romano that the Pope endorsed a stronger lay leadership in the Amazon region and that the married priesthood and “other proposals” of the Amazon Synod are not “off the table,” but, instead, will come up again with respect to a new “Amazonian rite” to be developed. This, according to the Argentine prelate, is part of a “synodal novelty” established by Pope Francis, also in his writing a “complementary” text to the Amazon Synod's final document “without canceling it.

Phyllis Zagano, a member of the 2016 female deacon commission and a promoter of the female diaconate, sounds similarly positive about the new papal exhortation and actually makes the same proposal as Cardinal Gracias.

In her February 21 article – which is titled “It is time to ask, formally, for married priests and woman deacons” – she states: “Francis suggests more deacons and lay ecclesial ministers recognized by their bishops to run parishes, as well as more priests from the Amazon and elsewhere.” She points out that “Apostolic exhortations neither clarify doctrine nor make law” and that the Pope “presents both the exhortation and the final document.”

In order to establish such changes, the theology professor explains, the Pope would have to issue a “motu proprio”. But for this, she adds, the local bishops' conferences would need to “make a formal request.” States Zagano: “But the apostolic exhortation is not the answer. Nor can it be. The formal response to the disciplinary questions about ordaining married men as priests or women as deacons can come only as the response to a formal request. The answer would most likely come in a motu proprio modifying canon law.”

She concludes her optimistic article with the words: “Querida Amazonia is the pope's heartfelt commentary on the situation as it is. It is up to the people of God to continue to ask for what they need, and up to the bishops to act on their behalf.”