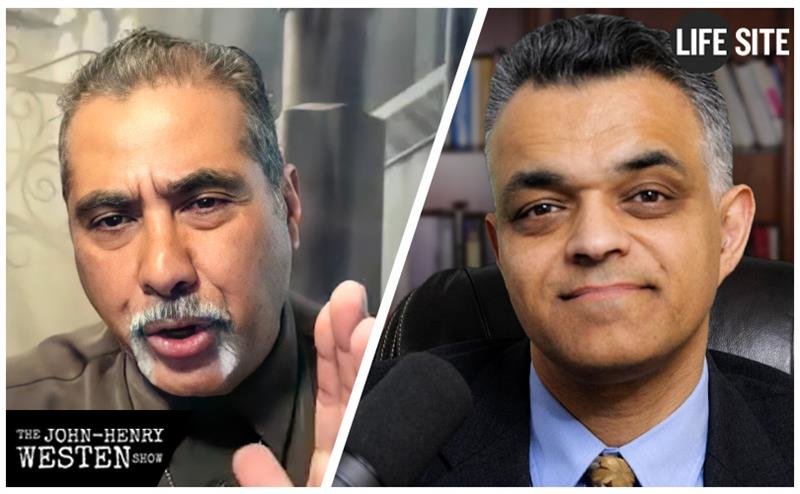 (LifeSiteNews) — My guest on today’s episode of The John-Henry Westen Show is a truly impressive man. He’s a former kickboxing champion and retired Los Angeles police officer who now spreads the Gospel and ardently defends the Catholic faith. He writes books, co-hosts a radio show, and speaks at conferences.

Jesse Romero was kind enough to join me to discuss how Satan is hard at work in very real ways. Romero is going to be leading a direct confrontation with the Evil One from February 11 through 13, when The Satanic Temple hosts its first-ever “SatanCon” convention in Scottsdale, Arizona.

This is not something to be treated lightly. This is not make-believe or fantasy. So-called “Satanists” are interacting with demonic spiritual realities whether they realize it or not. Romero wants to make that clear for anyone in the Phoenix area interested in attending the “peaceful and prayerful” counter-protest outside The Saguaro Hotel.

“Bring your rosaries, bring your sacramentals, make sure you’ve gone to confession that week. In other words, we want to make sure you’re in a state of sanctifying grace,” he said. “If you’re not a serious Catholic, don’t show up. This is not … for the faint-hearted.”

LifeSite will share further details about the counter-protest once they are publicly available.

Later in the episode, Romero and I spoke about the consternation and confusion of the present age. The Evil One is not only working through the souls of ordinary individuals, he is also corrupting the souls of some of our Church leaders — priests, bishops, and cardinals alike.

But this should not come as a surprise to those of us familiar with the Marian apparitions and other various warnings throughout Scripture and tradition, including the words of Christ Himself.

Echoing remarks given by then-Cardinal Wojtyła at the International Eucharistic Conference in 1976, Romero said that “we’re now facing the final confrontation between the Church and the anti-Church, of the Gospel versus the anti-Gospel, between Christ and the anti-Christ.”

“The confrontation lies within the plans of Divine Providence … It is therefore in God’s plan, and it must be a trial which the Church — that’s all of us, you and I — must take up and face courageously again.”