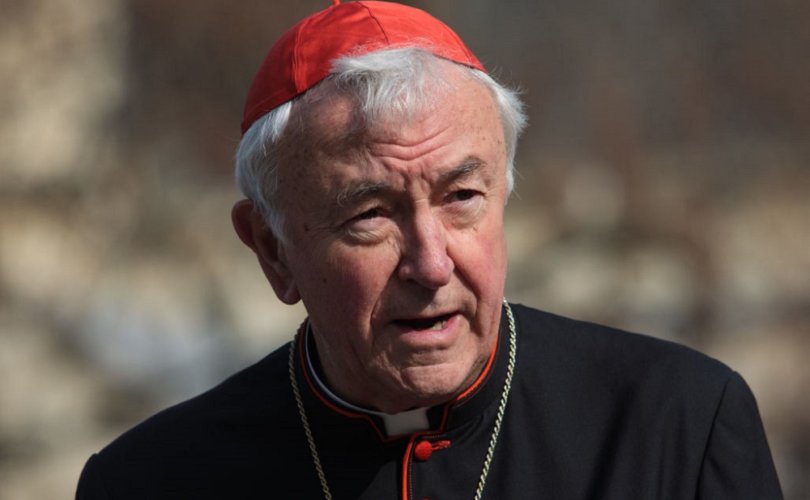 September 21, 2020 (LifeSiteNews) — Two weeks ago, on the Feast of the Holy Name of Mary, I knelt with two others in front of Westminster Cathedral, the magnificent Byzantine-style mother church of the premier diocese of England and Wales, and the seat of Britain’s only cardinal, Vincent Nichols. We prayed the rosary together for our bishops. We had already written to them: we, and supporters or our three organizations, which have come together for this cause — the Society for the Protection of Unborn Children, Catholic Man UK, and the Latin Mass Society, of which I am the chairman — and we received formulaic responses from most of them, telling us that everything will be fine.

But it is already not fine, and we can all read for ourselves the legislation and official guidance, which will before long be enforced on schools under our bishops’ authority, which will make things even less fine. For this legislation is imposing a program of “Personal, Health, and Sex Education” (PHSE) that demands that choosing not to kill the child in the womb is just one acceptable option among others, and that Christian marriage is just one lifestyle choice alongside same-sex unions and every other possibility. We know from the lesson plans, produced not only by the government, but by the bishops’ own agency, the Catholic Education Service, that children in schools claiming to be Catholic and funded in part by Catholic offertory collections are already bullying, browbeating, and shaming children who dare to give voice to their instinctive regard for natural marriage. This approach will be rolled out and enforced with greater and greater rigor when the new legislation comes into force next year, after a delay caused by the coronavirus.

It is time for Catholic parents to wake up to the problem. I set out some concerns about this back in 2009: things have become immeasurably worse since then. They have worsened, indeed, even since a deplorable 2017 document was published by the Catholic Education Service, which was roundly criticized. The details of the new law and its implications are given in this helpful document by the SPUC.

Some schools will manage this problem better than others, and parental interest and involvement have the potential to make an important difference. But even the best schools are going to be hamstrung by the new rules. With Catholic schools, the buck stops with the bishops. Why have the bishops been so reluctant even to talk about the issue — even to alert Catholic parents about the problem and engage their support in putting a Catholic point of view to the government?

I can’t probe the hearts of the bishops, but a few things are clear. One is that they have surrounded themselves with functionaries who support the sex education agenda, who have contributed to a consensus in the Catholic education establishment that the people opposing this agenda are extremists.

Another is that the bishops do not like being drawn into public controversies. It would be tempting to think that this is because they’d like to see themselves as establishment figures like Anglican bishops, who wield influence behind the scenes but are publicly friendly to everyone. However, Anglican bishops are often quite happy to jump into public controversies. Over certain issues, they have arguably even made fools of themselves in doing so, but at any rate, they aren’t setting an example of political neutrality.

Perhaps the most important factor is that this is an issue on which the weight of the establishment and elite opinion is very firmly against Catholic principles. When some Muslims in Birmingham began to protest about sex education, the criticism they received was like nothing I have seen before. After an extraordinarily one-sided debate in the House of Commons, John Bercow, then speaker of the House, who is supposed to keep the order of debate, decided to break precedent in order to make his own contribution, so strongly did he feel that all the other condemnations of the Birmingham parents would be incomplete without his own.

On the strength of experience, we cannot appease bigots and homophobes; we have to confront them and defeat them. My strong sense is that there is unity across the House in that conviction.

In the meantime, their local Labor Party M.P., who had supported them, ended up condemning them.

The reason for this is that what started out as a program to stop teenage girls getting pregnant has turned into a program to stamp out “homophobia,” a concept being given wider and wider meaning. It is today far from clear that to quote the Bible or the Catechism on the subject of homosexual sex acts in public in the U.K. would even be lawful. In the USA, Cardinal Tobin, for his part, has described the Catechism’s language as “very unfortunate.”

This is not the situation one would wish for in beginning a campaign of opposition to government policy. Perhaps the bishops regret not being more assertive about the issue twenty or more years ago. But our children are going to school now, and we lay people don’t have the option to pretend the issue isn’t there and wait for better times.