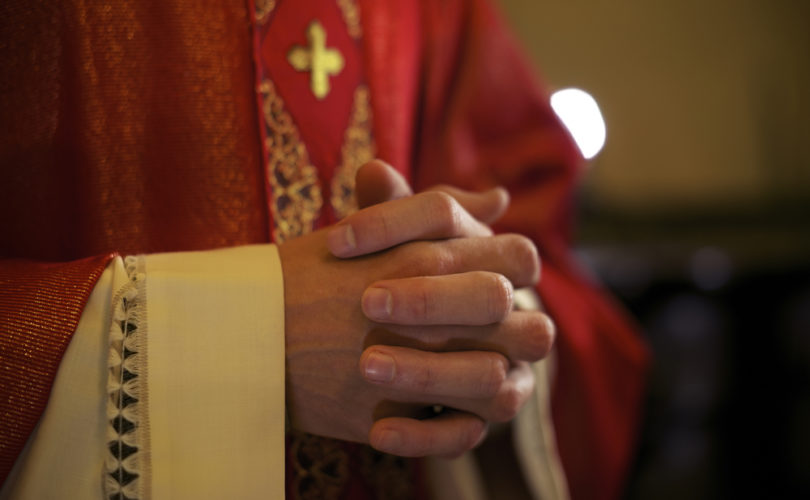 April 30, 2020 (LifeSiteNews) – The pandemic created by the coronavirus is giving many of us more time to think. The various threats it poses mean that “normal” life has been largely suspended. The daily activities that consume our waking hours are replaced with seriously hard thinking about what to do next, as we seek to rearrange our affairs in the light of sudden restrictions of movement and contact with others, detailed government guidance on personal and general hygiene, and a host of sometimes bewildering developments in our family and in our working lives.

The fundamental concern behind all this hard thinking is the death threat from the virus, an issue on which we constantly need to sort facts from fiction and well-founded forecasts from media hype.

A major – probably historic – news story on the BBC website some weeks ago – it seems an age away! – was headlined: “Coronavirus: UK changes course amid death toll fears” – and the opening lines read: “Change course or a quarter of a million people will die in a ‘catastrophic epidemic’ of coronavirus – warnings do not come much starker than that.”

That figure, “a quarter of a million,” struck me.

In 2018, the UK abortion figures – i.e. England, Wales, Scotland and Northern Ireland (where there were eight recorded abortions that year) – stood at 218,589. Add to that the approximately 172,000 human embryos discarded in the same year in vitro fertilisation procedures (IVF), that makes over 380,000 babies deliberately killed under UK laws in the most recent 12 months for which figures are available.

In other words, the death toll from the abortion and IVF pandemic in the UK in one year far surpasses the worst case scenario for the projected coronavirus death toll, reported by the BBC, which prompted the UK government a month ago dramatically to change course in tackling the disease.

All this got me thinking even more.

It was absolutely right that the Catholic bishops in Britain should show some leadership in responding to the coronavirus pandemic. Whatever our opinions may be about the decisions they made on behalf of Catholics here — and there is understandable disquiet on the part of many Catholics at the nature of some of these decisions – it was clearly necessary that leadership be given.

But what about the abortion and human embryo destruction pandemic – which is far bigger in scale and goes on destroying babies’ lives year in and year out and, in another sense, destroying girls’ and women’s lives and families? What kind of leadership is being given by Britain’s Catholic bishops in this historic crisis which, looking at the number of deaths alone, and leaving aside the social consequences and the spiritual welfare of our fellow citizens, surpasses on a vast scale the expected deaths from the coronavirus?

The most recent figure for the total number of abortions throughout the UK since 1967/1968 (when abortion was legalised) is approximately 9.5 million. Add to that, at the very least, 3 million embryos destroyed through IVF procedures over the past three decades, it makes 12 1/2 million babies destroyed in total.

And the number of babies killed in the UK by abortion and by human embryo destruction during that period is exactly 50 times greater than the worst case scenario of feared deaths in the UK as a result of the Coronavirus.

I’m certain that comparable figures could be easily worked out for other countries around the world.

As far as the coronavirus is concerned, we have been urgently reminded by government leaders; church leaders, including Catholic Church leaders; health experts, and many others that we need to mobilise the entire population in order to defeat this enemy of humankind.

The country is being put on a war footing with potentially 60+ million soldiers, led by the most powerful people in the country who have the full support of thousands of professional and voluntary organisations, businesses etc. etc. … and the broadcast, print and lions of social media, as well as Catholic leaders are overwhelmingly getting behind the war effort.

The pro-life movement has a tiny fraction of that active support – and powerful figures and bodies in the UK are ranged against us: in government, in parliament, in professional and voluntary organizations plus the vast bulk of the leaders of the broadcast, print and social media. As one tiny example of that, Facebook is now frequently censoring pro-life content that appears on its pages.

On another occasion, I will write a blogpost about the hundreds of thousands of lives saved by the political movement against abortion – not to mention the countless lives saved by the work of pro-life groups that care for women and their babies.

But the pro-life movement in Britain also has another major problem: namely, the policy of the Catholic Bishops of England and Wales (CBCEW) and the kind of leadership they are giving in Britain’s historic abortion crisis. The evidence clearly indicates that the policy of the CBCEW – as distinct from the doctrinal position of the Church – is, effectively, to lend support to access to abortion. I will enlarge on the evidence for this in my forthcoming blogposts. It’s an issue that the Society for the Protection of Unborn Children has sought to raise again and again at the highest levels of the Church, but things are getting worse, not better. Their policy will surely cost far more human lives than the coronavirus threatens to claim in the UK. This shocking situation can be traced back nearly 20 years and its roots go back even further as I will begin to explain in my next post.