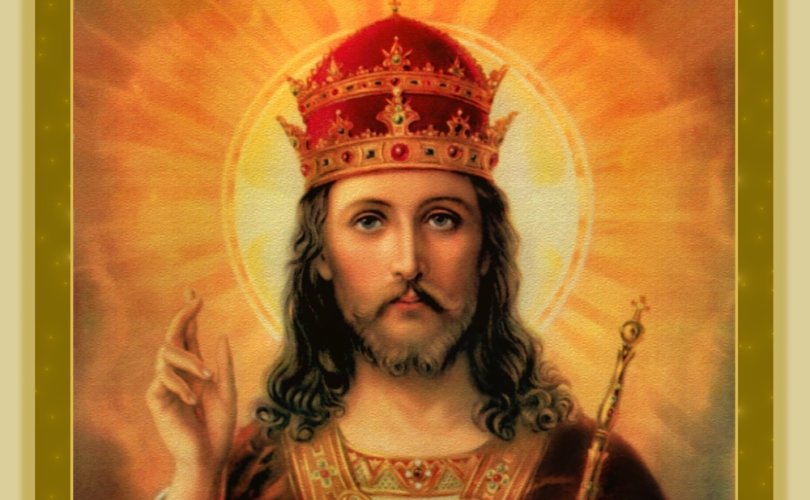 July 5, 2018 (LifeSiteNews) – What kind of presence are Christians supposed to have in the world around them? What kind of influence are they supposed to have on the cultural life of the community to which they belong? What is the basic relationship between “secular” society and the Christians who dwell in it as citizens, receiving certain goods from it, of course, but also—and one hopes more energetically—giving to it something that it would otherwise lack, to its own imperilment?

For Paul VI in his Apostolic Exhortation Evangelii Nuntiandi, the question of Christianity in the world comes down to this: the willingness of Christians, in spite of all opposition and setbacks, to continue patiently and courageously in bearing witness to Christ and to his Gospel, in living according to his teaching, and in translating this teaching as well as they can into the rhythms and structures of everyday life—not excluding, but neither being identified with or collapsed into, politics and political society.

We have seen both errors in our time: the error of the liberation theologians, who took their inspiration from Karl Marx; the error, in a different way, of classical liberals, who speak as if the flourishing of markets and the extension of technological benefits to as many people as possible were an answer to the human predicament, a sort of secular Gospel that has power to liberate man from ignorance and vice.

In contrast, Paul VI writes: “What matters is to evangelize man’s culture and cultures—not in a purely decorative way, as it were, by applying a thin veneer, but in a vital way, in depth and right to their very roots” (§20). He continues:

The kingdom which the Gospel proclaims is lived by men who are profoundly linked to a culture, and the building up of the kingdom cannot avoid borrowing the elements of human culture or cultures. . . . The split between the Gospel and culture is without a doubt the drama of our time, just as it was of other times. Therefore every effort must be made to ensure a full evangelization of culture, or more correctly of cultures. They have to be regenerated by an encounter with the Gospel.

It is a short step from here to the role of the laity in the world—a major theme of Vatican II, but still neglected in the contemporary Church, where “involvement” has been construed as parish busy work and clericalization rather than brave interventions and concerted efforts in the cultural spheres proper to the non-ordained. Paul VI understood what was demanded of the lay faithful:

Lay people, whose particular vocation places them in the midst of the world and in charge of the most varied temporal tasks, must for this very reason exercise a very special form of evangelization. Their primary and immediate task is not to establish and develop the ecclesial community—this is the specific role of the pastors—but to put to use every Christian and evangelical possibility latent but already present and active in the affairs of the world. Their own field of evangelizing activity is the vast and complicated world of politics, society and economics, but also the world of culture, of the sciences and the arts, of international life, of the mass media. It also includes other realities which are open to evangelization, such as human love, the family, the education of children and adolescents, professional work, suffering. The more Gospel-inspired lay people there are engaged in these realities, clearly involved in them, competent to promote them and conscious that they must exercise to the full their Christian powers which are often buried and suffocated, the more these realities will be at the service of the kingdom of God and therefore of salvation in Jesus Christ, without in any way losing or sacrificing their human content but rather pointing to a transcendent dimension which is often disregarded. (§70)

Paul VI echoes Vatican II’s Decree on the Apostolate of the Laity, Apostolicam Actuositatem, which called for an intensive involvement of lay Catholics in every aspect of social life—against the dominant contemporary conception, traceable to the Enlightenment, that religion is a private affair that should not make waves in the public square. (Religion is like a hat or a coat; you take it off and hang it at the door before going inside the offices of government or business.)

On the contrary, the vocation of the Christian is to seek to transform the world by the energetic exercise of moral and theological virtues, not in pure solitude, as a hermit might do, but in society, and as a public activity and witness. The Council did not ask that the State be separated still further from the Church (“equivalent to the separation of human legislation from Christian and divine legislation,” as Leo XIII succinctly put it), but rather, that the laity infuse the spirit of the Gospel into all temporal realities. Thus, Gaudium et Spes §43 exhorts the laity to “impress the divine law on the affairs of the earthly city.”

Apostolicam Actuositatem was still more precise. In §7, the Council Fathers, recognizing the “intrinsic value” of temporal realities, note how easily they can be perverted to the grave harm of mankind, and issue a call to Christians, especially the laity, to transform the temporal order according to the Gospel—without, needless to say, aspiring to a simple fusion of temporal and spiritual societies, as has occurred historically in a number of ways: the Caesaropapism of Byzantium, the Erastianism of some Western nation-states, the Gallicanism and Josephinism of the Enlightenment.

Surely modern Christians have tended towards the opposite extreme, that is, the divorcing of personal conviction from public life, which is a perilous attitude. The conclusion in Apostolicam Actuositatem §7 is unequivocal:

The whole Church must work vigorously in order that men may become capable of rectifying the distortion of the temporal order and directing it to God through Christ. Pastors must clearly state the principles concerning the purpose of creation and the use of temporal things and must offer the moral and spiritual aids by which the temporal order may be renewed in Christ.

The same document defines the social apostolate as “the effort to infuse a Christian spirit into the mentality, customs, laws, and structures of the community in which one lives” (§13).

These are our marching orders. The fight is difficult, more difficult than ever, but we must be clear on what we are fighting for. We are not looking for tolerance; we will not settle for religious liberty; we are not expecting heaven on earth. We are looking for the peace of Christ in the kingdom of Christ, which has existed here below, which still does exist in the Church and in Catholics, and which can bring to all men a wisdom, justice, mercy, and joy they would never otherwise know.