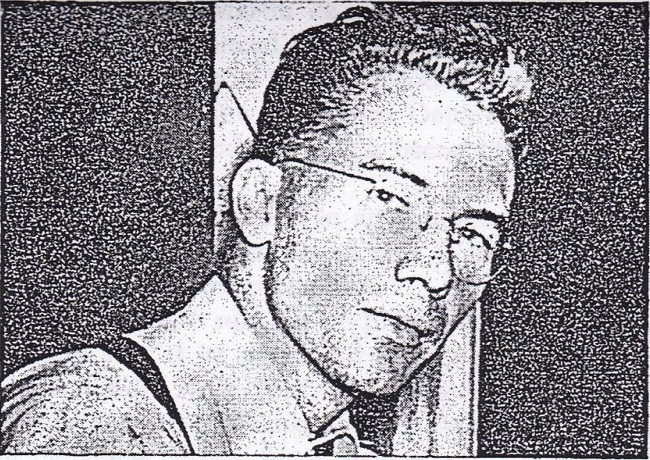 June 25, 2019 (LifeSiteNews) –  Integrity magazine’s time has finally arrived, albeit more than a half-century after ceasing publication. The only question now is whether or not religious conservatives currently getting an annulment from the “classical liberal” crowd over at National Review will take the time to read it and heed its advice.

One of the positive side effects of the civil war on the political right is that Catholics are being forced to question why support for liberal democracy was extended in the first place, and whether that should continue in the years ahead.

In a recent article for the Front Porch Republic, Darryl Hart correctly observed that before Sohrab Ahmari and David French duked it out over drag queen story hours, Brent Bozell Jr. and William F. Buckley were arguing over the fusion of Catholicism with American conservatism six decades ago.

Unlike Buckley, Bozell, a former speechwriter for Senator Barry Goldwater, became disillusioned with the so-called “conservative movement.” In his famous 1969 letter to his former colleagues, Bozell, a devout Catholic, chided them for not taking a sufficiently Christian approach to politics.

He also reminded them that their efforts have been a total failure. “Secular liberalism…has not lost any of the battles it has had with you,” he wrote. “On every front where your program has confronted secular liberalism’s, you have been beaten.” The same could no doubt be said by social conservatives to the George Will’s of the world today.

The future of American Catholicism requires a return to the past

Many young Catholics fed up with Americanism and the ineffective, business as usual approach to the crisis in the West taken by outlets like Public Discourse are currently looking to Bozell for inspiration. An expat who moved to Spain and had 10 children, Bozell launched Triumph magazine in 1966. Triumph took on not just Vatican II’s reforms but many of the sacred cows held dear by the political right — “free market” capitalism, “limited” government, and the like.

As welcome as Triumph’s newfound fame is, there exists another, even better mid-20th century publication Catholics at First Things and elsewhere wanting to move beyond fusionism should look to — Integrity magazine.

Integrity was founded in New York City in 1946 by two of the most fascinating and insightful lay American Catholics of the 20th century: Ed Willock and Carol Robinson, born in 1916 and 1911 respectively. Angelus Press has already published a great deal of the pair’s essays, which focus primarily on culture, family life, and St. Thomas Aquinas.

Uniquely penetrating, stringently Catholic, and decidedly counter-cultural, Willock and Robinson’s articles on the Industrial Revolution, pop culture, suburban life, fatherhood, spirituality, and economics — to name a few of the eclectic topics they wrote about — would, if listened to, help reignite what St. Pius X called the “arduous task of the restoration of the human race in Christ.”

Not only did the two expose the lie that the post-war 1940s and 50s was a sort of golden era that should be maintained, they offered a competing, alternative political system for U.S. Catholics to go about constructing.

Alex Barbas is a family man living in Canada doing Catholics the enormous favor of reprinting every issue of Integrity released over its 10-year lifespan. A former seminarian, Barbas has already released a book by Dr. John Rao and several other rare, out of print texts. He’s planning on selling a book by French Cardinal Louis Billot (1846-1931) on liberalism in the near future. Last week, his Ontario-based Arouca Press sent me a copy of Integrity’s first three issues from October 1946 until December 1946, each about seventy pages in length. Barbas has compiled them into a slender 230-page paperback book for sale at $18.95

Chock full of Willock’s humorous illustrations and witty poems (“Mr. business went to Mass, He never missed a Sunday. Mr. Business went to hell, For what he did on Monday), Integrity’s first three editions make it clear that they, unlike many of today’s leading “conservative” Catholics, had no intention of marrying their faith to the liberal principles of the American Founding or the modern world, especially for fleeting political gain.

“We must make a new synthesis of religion and life,” their flagship editorial reads. “Integral Catholicism…does not mean piety so much as wholeness. It means…a consistency of theory and practice; a unity of public life and private morals; a reconciliation of commercial ethics and religious dogma.” Whereas “the guiding policy of contemporary society” is to compromise, adjust, and water down, integral Catholicism “is at the opposite pole from expediency.” Integral Catholicism “does not calculate its actions to please high worldly powers, or with an eye to the coming elections…we must do what is right, come what may.”

Each issue of Integrity relies on the same straightforward format: an opening essay from the editors (usually something on how Catholics need to convert the world to Christ) followed with a half dozen or so plainly-written essays by well-qualified laymen and priests (typically about politics, spirituality, and/or economics). Willock’s artful cartoons and amusing quips pepper the pages throughout. “Modern economics would be shot full of holes, If personnel managers found that workers had souls,” reads one next to a drawing of a man in a business suit. “There was a fond parent named Reedy, whose children were frightfully greedy, each Christmas he gave them, something more to enslave them, while prayers he said for the needy,” reads another.

Barbas’ font choice and text size fits with the magazine’s mission – not an easy thing to accomplish. The book has no photocopied images or pages, which are all too common in re-prints these days. Willock’s drawing are also formatted exceptionally well.

Dorothy Day makes an appearance in the magazine’s second issue with an article on her Catholic worker project. Other essays that stand out include, “The Cross and the Dollar,” “Are You Ashamed of the Gospel?”, “Catholic Action in Canada,” “There is a Solution,” “The Worker’s Apostolate,” and “Apostles in Prison.”

Collectively, Integrity’s message is this: America must be viewed as a missionary country desperately in need of conversion. Modernity and its obsession with work and materialism wars against the life of a Catholic. Followers of Christ must live out their faith by undertaking not just in politics but in their immediate and professional spheres of influence natural and supernatural efforts aimed at defending and advancing the Kingdom of God.

Triumph magazine, but on steroids

The real star of Integrity is without a doubt Carol Robinson, who wrote under the pen name Peter Michaels. A columnist for The Wanderer later in life, Robinson took to task those who selectively presented or distorted the truths of the Catholic faith in order to fit in with American politics. She had no time for what she deemed the “naturalistic” proposals of parliaments, congressional committees, or the United Nations. The cure to the problems of the day was always supernatural.

“We tend to overly preach the natural law, especially in matters of social reform and economic planning,” she wrote in Integrity’s first issue. But “all these things the heathens do.” “A man does not, by becoming more and more zealous in the practice of natural virtue, grow into supernatural life.” “Are we trying to convert them to the Church via private property…?” she rhetorically asks

“Western society is in an unprecedented mess…because we have been trying to run it without grace,” she continues. “The salvation of America will depend not on converting Americans to the idea of goodness and unselfishness. They take to it quite readily. But they must be converted to a sense of the life of grace, a desire to do penance, a love of solitude and quiet, a respect for contemplation.” Without grace “what is naturally good tends to become naturally bad, and what is naturally bad tends to become perverted…only grace can restore the harmony of our natures.”

Robinson’s advice stands in stark contrast to that which is offered by many leading Catholic writers in America, who never tire of talking about the need to go back to the “Founding Fathers.” But Robinson knew that you can’t have a virtuous country without a corporate, nation-wide submission to God.

The solution to the sickness of our time

It’s clear that Integrity’s time has finally come. Growing numbers of Catholics are waking up to the fact that their faith and the liberal, modern world are irreconcilable. As these souls continue to break free from the Matrix-like system that surrounds them, they’ll need to have resources to look to in order to navigate the difficulties they’ll encounter in the years ahead.

If the first three issues of Integrity magazine are any indication of what it produced over the ensuing decade, Catholics fed up with fusionism and liberalism will have found themselves two trusty advisers in Ed Willock and Carol Robinson that will no doubt serve them well.