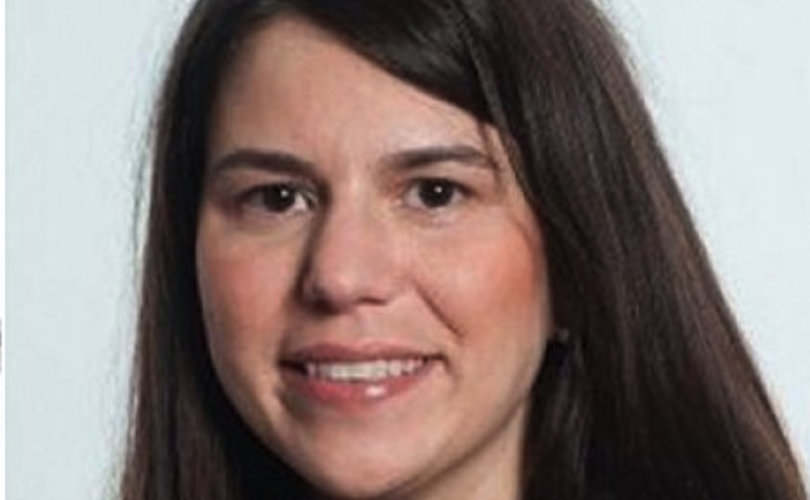 The extent of the growing, deep hatred for Republicans and President Trump appears it might have been a reason for the mass murderer's actions, as evidenced by Antifa literature allegedly found in his hotel room. Hatred was certainly revealed by a CBS legal counsel who was fired for her shockingly heartless Internet posting today about the victims.

“This individual, who was with us for approximately one year, violated the standards of our company and is no longer an employee of CBS,” CBS said in a statement. “Her views as expressed on social media are deeply unacceptable to all of us at CBS. Our hearts go out to the victims in Las Vegas and their families.”

Will Ricciardella at the Daily Caller reports the senior counsel for strategic transactions at CBS named Hayley Geftman-Gold spewed on Facebook that she “is not even sympathetic” for the hundreds of victims of a mass shooter in Las Vegas Sunday night. That didn't end up being a very strategic transaction.

“If they wouldn’t do anything when children were murdered I have no hope that Repugs will ever do the right thing,” wrote Geftman-Gold on Facebook, perhaps referring to Sandy Hook. “I’m actually not even sympathetic bc country music fans often are Republican gun toters.”

A friend named Erin Silber reacted that since the victims were country-music fans, “maybe they will actually do something now.” Here's the Daily Caller's screen capture:

Brian Flood at Fox News reports CBS is looking into the matter. Geftman-Gold previously served as a senior legal counsel at MTV.

Vocativ noted that Geftman-Gold planned an impromptu Hillary Clinton victory party in Brooklyn at the intersection of President Street and Clinton Street. Sad.

This article was originally published on Newsbusters and it re-published with permission.

RELATED: The surprising real reason for the hate against Donald Trump