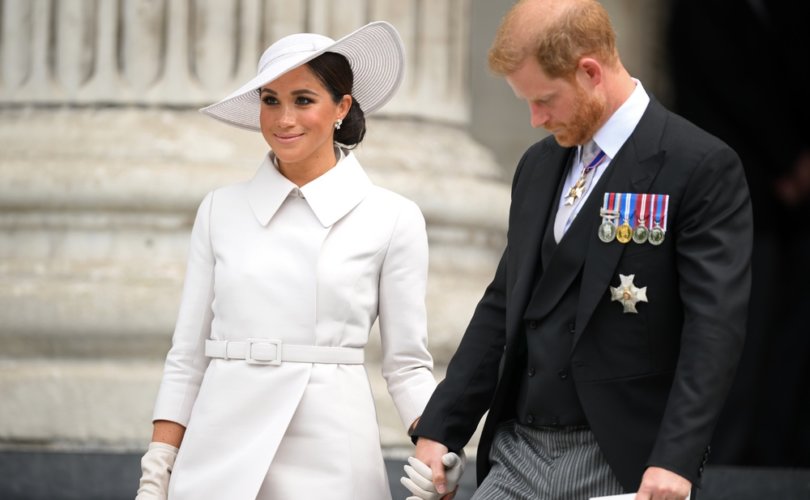 (LifeSiteNews) – It isn’t news that nearly the entire entertainment elite of the United States of America supports the abortion industry. Actress Michelle Williams went as far as to boast that her abortion was the only reasons she won a Golden Globe; celebrities have been releasing furious statements about red state pro-life laws for years. But still – there was something eye-opening about the way actors, actresses, singers, late night hosts (including the self-declared public Catholic Stephen Colbert), and other members of America’s creative class fell into lockstep behind the abortion activists with the fall of Roe v. Wade last month.

According to a CNN report, Will & Grace star Debra Messing was so livid that on a White House call with “dozens of celebrity Democratic supporters and activists” Messing actually yelled that she’d gotten Biden elected, demanded to know why she was being asked to do anything after Roe’s fall, and stated that there seemed to be no point to voting. (In a move that is unlikely to have cooled the mood, those who participated in the call received an email later on with a list of suggested talking points as well as Biden speech clips that could be shared on TikTok.)

Mark Ruffalo called packing the Court “saving the USA,” because an America where babies are protected in some states is, to the Marvel Universe’s angriest citizen, unthinkable. (He also called the Court “fascist” and suggested that “we must revolt.” We’ll keep you updated on Ruffalo’s revolt as news comes in.) Chris Evans, who last made news stating that anyone who didn’t appreciate a gay couple being shoehorned into the new Disney film Lightyear (which bombed at the box office) was a “dinosaur” also expressed his alarm: “This is absolutely unbelievable. If you’re not worried about Roe v Wade, you’re not paying attention. This is why voting matters!!”

One of the grimly amusing aspect of watching the entire entertainment elite of the United States howl for feticide is how little most of them know about America’s abortion regime. Actress Jessica Biel, for example, posted a photo of herself with husband Justin Timberlake in Paris with the caption: “You have croissants AND Women’s Rights? D**n, take me back.” Biel is apparently unaware of the fact that the Mississippi law at the center of the Dobbs case is a 15-week abortion ban. France bans abortion at…14 weeks. Most celebrities seem unaware of the fact that the liberal countries they lionize actually have stricter abortion laws than most of America (including many red states). Billie Joe Armstrong of Green Day even announced that he’d be renouncing his U.S. citizenship over Roe’s fall and moving permanently to the U.K. which…has stricter abortion laws than California.

A roundup of celebrity singers (most of whom I’d never heard of) also came forward to mourn the death of Roe. Halsey claimed that an abortion “saved my life.” Singers Olivia Rodrigo and Lilly Allen joined for a duet of “F*** You” to the Supreme Court. Jennifer Lopez, best known for stripper sets at the Superbowl Halftime Show, told her Instagram fans that: “We are living in an America I don’t recognize.” Rapper Kendrick Lamar donned a crown of thorns and chanted “Godspeed to women’s rights!” to his audience. Phoebe Bridges went even further, stating: “I had an abortion in October of last year while I was on tour. I went to Planned Parenthood where they gave me the abortion pill. It was easy. Everyone deserves that kind of access.”

And of course there was pop star Pink, who melted down with a combination of blasphemy and all-caps on Twitter: “Let’s be clear: if you believe the government belongs in a woman’s uterus, a gay persons business or marriage, or that racism is okay- THEN PLEASE IN THE NAME OF YOUR LORD NEVER F–KING LISTEN TO MY MUSIC AGAIN. AND ALSO F–K RIGHT OFF. We good?” (Yeah, Pink. We good.)

Meghan Markle, unsurprisingly, took the opportunity to emphasize what a proud feminist the wayward Windsor princeling is. “My husband and I talked about that a lot over the past few days,” she said of Roe. “He’s a feminist too, and his reaction was guttural, like mine. I know that for so many women right now, there is a sentiment of despair.” Presumably Markle didn’t mean “guttural” but “gut-wrenching” or something of the sort, but her point is clear enough: Harry is a feminist and we are relevant.

None of this will come as a shock to anyone, but as conservatives wake up to the fact that America’s storytellers – Disney, Netflix, Hollywood – despise their values, this is a good reminder. Do we want to let these people sing their songs and tell their stories to upcoming generations? Do we want to participate in a culture created by people committed to the destruction of pre-born children? Do we want our children to follow these people on social media; to emulate their example; to fantasize about becoming them? The answer should be obvious. These people are doing everything they can to make sure that it is.