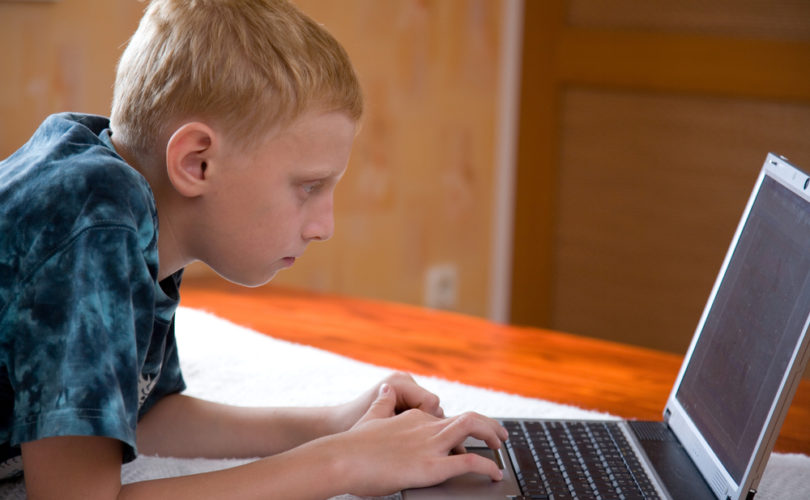 Lots of parents accuse me of being 'alarmist,' but the numbers don't lie. What your kids are watching is much worse than you think.

I live in a quiet subdivision in rural Ontario. I mean very quiet—all summer long, I rarely saw any kids outside biking or playing street hockey or running flimsy lemonade stands or just roughhousing around. Then, the day school started, I was shocked when I left my house in the morning and I saw kids everywhere, backpacks in tow, heading to bus stops and walking to the nearby school. This many kids live in my neighborhood? I thought to myself. Where were they all summer?

There are a number of possible answers, of course. Some were probably on vacation. Some were probably shipped off to camp by their parents. But many of them were likely inside the house, glued to screens. One recent Canadian overview found that, “10- to 16-year-olds in Canada get an average of 6 hours and 37 minutes of screen time per day. The largest source of screen time is television (2 hours and 39 min) followed by computers (2 hours and 7 min) and video games (1 hour and 51 min).”

The problems apparent in these numbers go far beyond stunted creativity, childhood obesity, and, I would argue, the fact that these children are being deprived of a childhood by zoning out in front of screens. The problem is that many, many of these children will end up finding and looking at pornography. That pornography will shape the way they view sex as they grow older. Those views will shape how they treat themselves and others. Keep in mind that the average boy, for example, is first exposed to pornography at the age of eleven.

35% of teen boys say they have viewed pornographic videos “more times than they can count.”

15% of boys and 9% of girls have seen child pornography.

32% of boys and 18% of girls have seen bestiality online.

39% of boys and 23% of girls have seen sexual bondage online.

It is not alarmist to say that this problem is everywhere. It’s a grim fact.

Last week I spoke at a high school conference for Christian schools. One of the things I like to do to show the teachers and other adults just how essential it is to provide teens with the truth about pornography is to hold an open forum—let the students write down any and all questions they have about the topic and submit them to be answered. Every time, teachers are shocked by what the students are asking as they realize just how far this menace has spread and how badly it has infected our schools.

I read a column from Anthony Esolen called “What they will never know” a few years back, and he beautifully highlights what the teens of today are being robbed of: “Our teenagers who know so much about the mechanics of copulation miss the sweetness of simple humanity.  People used to sing merrily about holding a girl’s hand while walking home from the dance—holding a hand.  With that touch, they knew the thrill, perhaps for the first time, of being deemed worthy of love.  What is it like, to be a boy or a girl who could be made dizzyingly happy by so simple a touch?  We will never know.”

The pointlessness of pornography