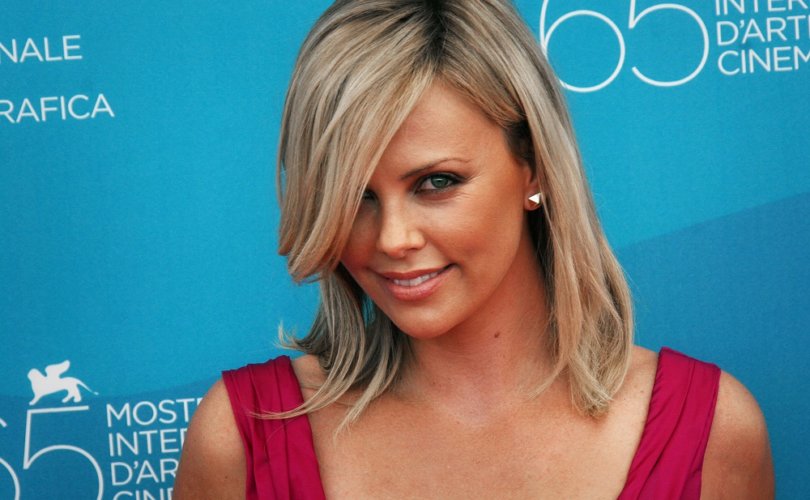 April 24, 2019 (LifeSiteNews) — Nobody is ever surprised to hear that a celebrity has said something crazy, but Academy Award–winning actress Charlize Theron’s latest announcement manages very effectively to upstage the regular torrent of progressive platitudes emanating from hedonistic Hollywood. She has now told the media that her seven-year-old son Jackson, adopted as a baby in 2012, is actually her daughter. In other words, Jackson is “transgender.”

This comes as no surprise to some of the more obsessive observers of Hollywood, who have wondered for years if Theron was raising her son as a girl, fueled by photos of Jackson outfitted in dresses and skirts and sporting long hair and braids. But now she has confirmed that she is raising Jackson as a girl but asserts that he is as much her daughter as her youngest child, three-year-old August.

So how did this transformation come about? Well, “I thought she was a boy, too,” Theron told the Daily Mail. “Until she looked at me when she was three years old and said, ‘I am not a boy!’ So there you go! I have two beautiful daughters who, just like any parent, I want to protect and I want to see thrive. They were born who they are and exactly where in the world both of them get to find themselves as they grow up, and who they want to be, is not for me to decide.”

To summarize: A three-year-old little boy told his mother he is a girl, despite the facts of biological reality. His mother decided to take the word of a three-year-old, irrespective of the fact that children quite literally do not understand what they are saying — especially at three years old. Consider this example, related by a grandmother who has a little grandson declaring himself to be transgender:

Eight year-old Jack Wilson was on a weekend visit to his grandparents’ house in mid-December 2016 when he informed his grandmother that his name was really Jacquelyn.

“Grammy, my name is Jacquelyn,” he complained as he walked into the room and sat down at the kitchen table for lunch. He had just received Christmas presents from friends of his grandmother addressed to “Jack” and was visibly upset.

“Why is that your name?” Amanda Wilson, his grandmother, asked in response as she set a plate of chicken and rice in front of him.

He replied: “Because I’m a girl now.”

“What makes you think you’re a girl?” she inquired.

She pressed him: “Well, what’s a gender?”

He stared back at her, puzzled, and said: “I don’t know.”

Of course he doesn’t. It was once generally recognized that parents are supposed to guide their children, to explain reality to them, to help them discern truth. Now the transgender movement is attempting to persuade us that the real task of parents is to listen to children even prior to the generally accepted age of reason, and to respond their assertions (which, again, they do not understand) by embarking on a dangerous social experiment often replete with hormone-blockers and surgeries that will permanently alter the children and transform the rest of their lives. All of this, of course, takes place before we countenance allowing them to vote, drink, smoke, drive, or do any number of other activities — because we recognize that they are too young to make certain decisions and to know certain things.

Charlize Theron, however, has swallowed this new version of parenting hook, line, and sinker. “My job as a parent is to celebrate them and to love them and to make sure that they have everything they need in order to be what they want to be,” she explained. “And I will do everything in my power for my kids to have that right and to be protected within that.” She did not explain what should be done when little children announce that they are unicorns, or dogs, or any other creature that surfaces during games of make-believe. Presumably, some things are too crazy even for her, even if she has accepted the underlying logical premises.

Theron has long been recognized as one of Hollywood’s most prominent LGBTQ activists, so perhaps this is not entirely surprising. (In 2009, she announced that she wouldn’t get married until same-sex “marriage” was legalized.) But as journalists and celebrities trip over themselves in a rush to declare their support for Theron’s decision to raise her son as a daughter based on the declaration of a three-year-old, we should take a moment to remember that this method of parenting is essentially a dereliction of duty and a refusal to teach children about the world the way that it is and to help them navigate that world. Charlize Theron’s son will pay the price for that. So will thousands of other children.