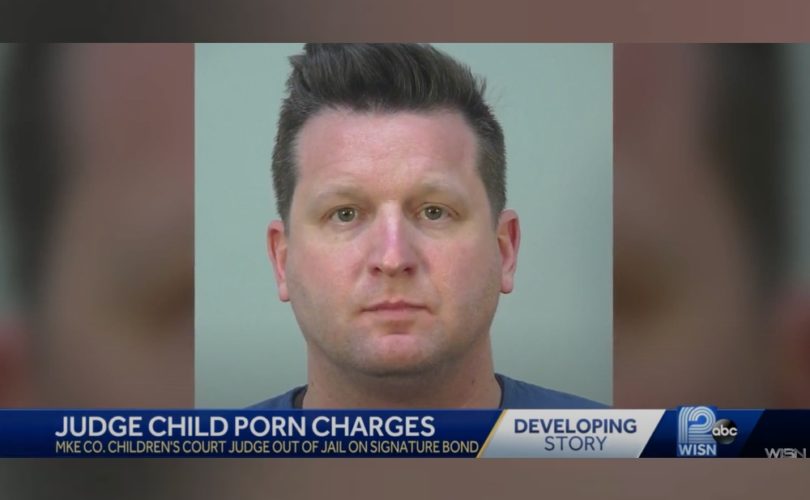 March 18, 2021 (LifeSiteNews) – Despite scandal after scandal, Drag Queen Hour has remained a progressive favorite. The U.K.’s Drag Queen Storytime tweeted out the pedophile slogan “Love Has No Age”; no outcry. In Ireland, a drag troupe called “Glitter Hole” were invited to read to children. In Scotland, a primary school brought in a drag queen named “Flowjob” to meet the kids. In Minnesota, a drag queen flashed a room full of children (possibly by accident). In Texas, it was discovered that one of the drag queens invited to a library had previously sexually assaulted an eight-year-old. The founders of Drag Queen Hour have stated explicitly that their project is designed to promote gender fluidity to children.

I could go on. The fact that all that hasn’t been enough and that many still say Drag Queen Story Hour (DQSH) is not only harmless but helpful is viscerally disturbing. Thus, I’m not hopeful that the latest news will make an impact—although it should. Judge Brett Blomme, a 38-year-old Milwaukee Children’s Court judge (!) who served as president of the local LGBT group Cream City Foundation and sponsored Drag Queen Story Hour events, has been arrested for seven counts of child pornography possession. The Milwaukee Journal Sentinel is reporting that Blomme is alleged to have uploaded 27 videos and pictures of the sexual abuse of children to Kik, a freeware instant messaging app, under the moniker “DomMasterBB.”

Judge Blomme, who was “married” to a man and had adopted two children, had run the LGBT group in Wisconsin. When the charges surfaced, the group hastily removed mentions of his name and articles from their website. The two children, who are not alleged to be part of the abuse, will likely be placed elsewhere by Child Protective Services. Judge Blomme could face up to 21 years in prison if convicted and given the maximum sentence for each count. The Wisconsin Supreme Court moved swiftly to remove Blomme from his position—the judge had only been elected in 2020. (“Though he had little if any legal experience in Milwaukee County, Blomme — the first openly gay person to run for judge in the county — rode the movement to diversify the circuit court to victory,” the Milkwaukee Journal Sentinel added.)

Hamilt also stated that “pedophilia has no place in the LGBT community and no place in society as a whole.” Of course, Hamilt and DQSH are at the forefront of the practice of sexual performers coming to primary schools, public libraries, and even daycares in order to read to small children. Defenders of the practice insist that drag queens are not a sexual phenomenon, but a brief glance at the social media accounts, performances, and events that specialize in these shows make that a laughable defense. Writer Michelle Tea, the founder of DQSH, has stated that the entire purpose of the initiative is to “give kids glamorous, positive, and unabashedly queer role models.”

Children should not be exposed to sexual entertainment or performers who specialize in sexualized entertainment. Adults who wish to do so are, in my view, fundamentally suspect. I do not mean that as a blanket accusation; I do, however, believe that their motives are dangerous for children. So far, there are far too many examples proving this assertion correct. Judge Brett Blomme, who as a child porn-using Child Court judge was also responsible for making decisions related to the well-being of kids, is only the latest. There will be more.