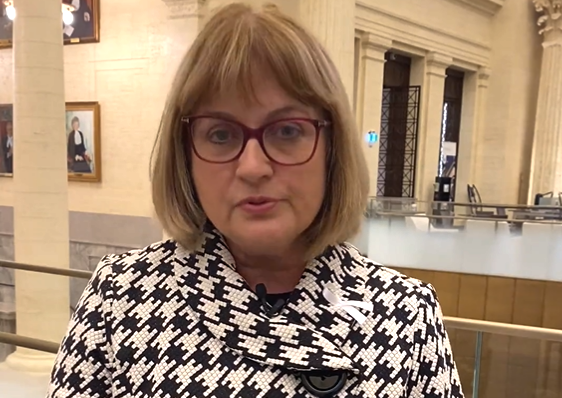 (LifeSiteNews) – Controversial Liberal internet content regulation Bill C-11 may be deemed unconstitutional due to last-minute amendments from a Senate Committee, thereby scrapping another Liberal attempt to censor the internet in Canada.

During the final stages of approving the bill in the Senate, a committee amended it to include an age-verification stipulation for access to pornographic websites.

Sen. Julie Miville-Dechêne proposed the amendment, stating that “online undertakings shall implement methods such as age-verification methods to prevent children from accessing programs on the internet that are devoted to depicting, for a sexual purpose, explicit sexual activity.”

Legal age verification would require users of degenerate websites to provide proof of their age through some sort of process that could involve identification, or some sort of online payment process.

The amended bill is still not approved by the full senate, but it is not likely that it will be shut down, given that the intention of the amendment would be to protect children from accessing scandalous sites.

However, the move to protect children might actually kill the bill altogether as this sort of internet verification process for surfing the internet has been called unconstitutional.

A professor from the University of Ottawa wrote on his blog that he doesn’t see how such a bill “survives a constitutional challenge.”

What is at stake

Conservative pundits in Canada and the U.S. have been highly critical of Bill C-11, which they believe will give the already draconian Liberal government more heavy-handed power to censor what information is shared in Canada.

The Liberals allege that the intention is to ensure more Canadian media content is created in Canada, but we all know what that means … more government “approved” Canadian content.

The CBC is the most “Canadian” media outlet in the country, is regulated by the Canadian Radio and Television Commission (CRTC), and it is not much more than a propaganda-wing for the Liberal government.

So, if the Liberals have their way, they will endeavour to turn the internet in Canada into a heavily regulated media machine that only parrots Canadian government-approved talking points.

It needs to be stressed just how heavily censored the Canadian legacy media is.

As bad as things are with regard to censorship and leftist narratives in America and abroad, it is not even conceivable that a show like Tucker Carlson’s could even have approval by the CRTC to exist on the Canadian airways.

If it wasn’t for outlets like LifeSiteNews, Rebel Media and others, alternative and right-leaning media would be nonexistent here.

Luckily for Canadians, at least one Canadian senator knows exactly what Trudeau is up to.

Senator Leo Housakos is no chump, and he showed himself capable of standing up for Canadians when the Emergencies Act was used to crush the Freedom Convoy.

Lucky for us, he has stood up to the most recent power grab, and he was the chair of the committee that has found a sort of loophole to make the prospect of passing this bill much less likely.

Bill #C11 is bad legislation. It’s paternalistic, will blunt the success of 🇨🇦 creators & control what you consume online; all while protecting the status quo where gatekeepers & corporate broadcasters cash in while creators have to come with cap in hand.https://t.co/daJaPoeeIq

By ensuring that this amendment was added, it is not likely that it will be accepted once sent back to the House, as it is pretty clear that the legal opinion is that it would not stand up to scrutiny for privacy reasons.

Now, you might be asking yourself, “Why would the liberals care about privacy? Didn’t they breach the trust of Canadians by going after bank accounts, etc.?”

You would be right.

So, it looks like we might have a win for freedom and against internet censorship … well, sort of.

The fact remains that the kids are still vulnerable to evil content on the internet, and it would be nice if we could sort that out in a way that would withstand a constitutional challenge.