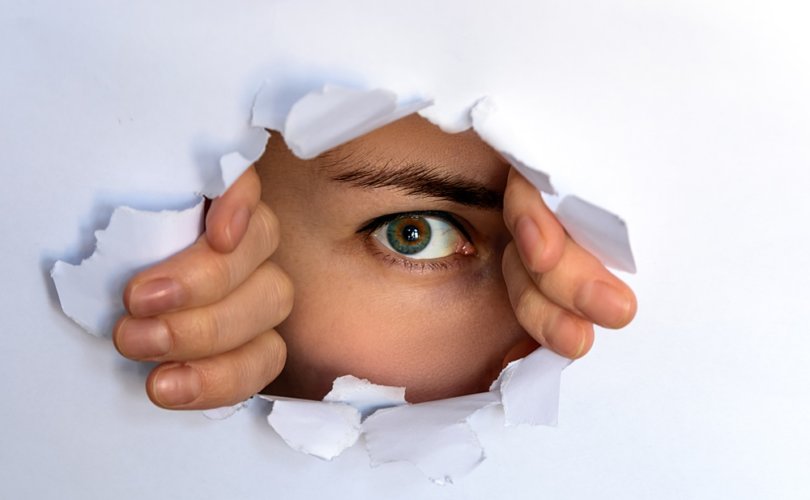 January 29, 2021 (LifeSiteNews) — The U.K.’s Conservative Party government was elected in 2019 on a wave of revulsion at the patronizing progressivism of the political elite, which was doing its best to frustrate the implementation of the result of the 2016 referendum on leaving the European Union (EU), and condemned patriotic voters as “low information” and racist.

This government has now finally implemented our departure from the EU, “Brexit”, but in many parts of the establishment the old elite are clearly still very much in charge. The government’s attitude to the family, the natural, basic unit of society, is starkly revealed by a proposed law they wish to ram through Parliament, despite it being once already defeated by the House of Lords. The Covert Human Intelligence Sources Bill, due to be considered in the House of Lords in February, allows for the recruitment of children of 16 and 17 years old to spy on their parents, and at the same time allow them to break the law in doing so. The Daily Telegraph reports:

Covert child agents can break the law if it means they will be able to glean information that could prevent or detect crime, protect public health, safety, or national security or help collect taxes, says the guidance, quietly laid by the government this month.

But it’s ok, we are told, because this will only be done if any one of twenty different state agencies, who are given this power, takes the view that it is justified by “exceptional circumstances.”

They have in view, apparently, terrorism and drug dealing. Words cannot describe the insanity of recruiting under-age narks to shop their own parents, if the parents at issue are career criminals running drugs gangs, or are contemplating planting bombs to kill members of the public. Might that not be a tiny bit dangerous for these children?

I am afraid I am not reassured by the claim that those running these child spies will give “primary consideration” to “safeguard and promote the best interests of the juvenile.” Evidently, anyone giving this “primary consideration” would not ask children to undertake criminal activity to betray dangerous thugs who are also their parents. The act of recruiting them is ipso facto giving some other consideration priority. And anyway, how are these guidelines going to be enforced?

Since this is obvious, I suspect that, if this bill becomes law, the main use of these new powers will not be to spy on the most dangerous criminals, but on the much larger number of considerably less scary people who would also be caught by its all-enveloping provisions. Children can be recruited to detect “crime”: so, that is, anything against the criminal law. But that’s not enough: they can also be recruited to “protect public health” and “safety”. So that would, for example, include reporting their parents and siblings to Big Brother for not wearing anti-Covid masks or using a mobile phone while driving, or eating cheese which has gone past its sell-by date?

I’m only half joking. Time and again laws passed to tackle the most serious problems have been applied to relatively trivial ones. Powers taken by the state which could only be justified by something tantamount to an emergency are then used to clobber not only ordinary criminals but also people who are not criminals at all, such as those who simply wish to board an airplane without being strip-searched. Counter-terrorism laws are a prime example of this tendency. Voters’ very reasonable tolerance of counter-measures to serious developing threats to society can too easily be taken advantage of.

In this case, however, I doubt many ordinary voters would regard this measure as a proportionate response to a very vaguely defined threat, and this is why the U.K. Government is trying to get the law through with as little publicity as possible. This is because it strikes at the heart of the home. There are limits to the loyalty we should have, even as children, towards family members, of course there are. But they are quite broad limits, and this has long been recognized in law, notably by the “spousal privilege,” which still protects husband and wife from being compelled to testify against each other in many jurisdictions, with limited exceptions.

This is one of the remnants of the legal recognition of the sacred bond of marriage, the importance of marriage being that it is the foundation of the traditional family. The law should also respect, not just the importance of not getting children mixed up in collecting evidence against the country’s most dangerous criminals, but of the bond of trust, love, respect, care, and obedience, which exists between parents and their children. This is constantly being undermined, in the areas of healthcare and education. It is startling to see an attack on it from the direction of the criminal law, but perhaps we should not be surprised. According to the overlords of the developing progressive-authoritarian state, children belong to the government, not to their parents. So, why wouldn’t they use them to enforce the latest rules protecting public health and safety?