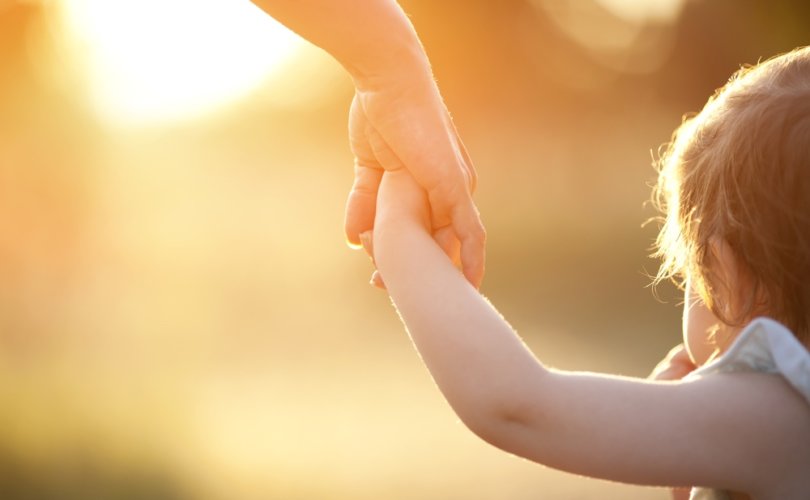 March 19, 2018 (LifeSiteNews) – I’ve written often in this space that the trans movement will countenance no dissent in their attempts to remake our culture and implement their agenda in schools, universities, and beyond—but even I was stunned when the Christian Post broke the story of a stay-at-home mother of four being contacted by the police for making comments critical of transgender ideology on Twitter—a story that has received very little attention so far. Kellie-Jay Keen-Minshull, it is important to note, is not a conservative Christian or even a political right-winger—when I emailed her, she noted in her response that she is “a feminist and pro-choice.”

Keen-Minshull’s story is positively chilling. She was contacted last month, apparently because Susie Green, the CEO of a UK organization called Mermaids which “supports transgender persons,” had decided to report Keen-Minshull to the police, who then got her details from Twitter. According to the Post, “the officer told her she was a ‘test case’ in a new ‘human rights’ fight they were undertaking.” Keen-Minshull had been tweeting about transgenderism and had been publicly critical of Green’s decision to fly her son to Thailand to “have his genitals removed when he was 16.” According to the Post:

He was reportedly the youngest person in the world to undergo sex reassignment surgery. Green's son is said to have been prescribed puberty blockers by a doctor in Boston at age 12, and Jackie Green — who was born Jack — told the Daily Mail in 2012 that he has always been and never doubted he was a girl.

During the first phone call to Keen-Minshull, the police officer who spoke with her actually took it upon himself to defend transgender ideology, informing her that the trans movement was comparable to the movements that struggled to attain rights for blacks, as well as the gay rights movement. He then followed up and informed her that a face-to-face interview would be necessary and told her that this interview was compulsory—if she declined to show up, the police would consider her to be a “wanted” person. Keen-Minshull asked the officer what it would mean for her to be “wanted,” and the officer informed her that “should she attempt to leave the country she would be arrested, and that if she happened to be pulled over while driving she would be arrested.”

Keep in mind here that we are talking about a stay-at-home mother who tweeted her opinions—opinions that are widely held by many other people, including many other feminists. In a country that repeatedly says that they lack the law enforcement resources to track terrorism suspects, a mom of four who made statements on social media got a phone call from the cops followed up by a face-to-face interview, where she was interrogated about her views and informed that her own point of view was not valid. In fact, the Post reported, the police had actually kept records of her offending tweets:

Keen-Minshull was summarily forwarded a disclosure containing eight of her tweets spanning from October 2016 to August 2017, six of which mentioned the Mermaids charity. Susie Green's major complaint was that Keen-Minshull had referred to “castration” in tweets about her son, something that occurs in sex reassignment surgery. Green had also complained about others on Twitter but Keen-Minshull was the only one in England so she was the one police targeted.

She was the only one targeted—for now. As the police themselves said, Keen-Minshull is a test case, which presumably means that they are gearing up for a wider crackdown:

Police formally questioned Keen-Minshull on Feb. 23 and her case has been referred to the Crown Prosecution Service where it remains to be determined whether or not charges, and therefore a prosecution, will be brought. She told CP she is presently awaiting their decision and that this is a “how long is a piece of string” timeframe, when asked where everything now stands. Reports say that the Crown Prosecution Service has taken direction from the Mermaids charity when developing its transgender policies, and the group’s helpline has been distributed to school students all across the U.K.

I’m sure I’m not the only one wondering—what in the world are they going to charge this mother with for tweeting her opinion about sex reassignment surgery? And if she is a “test case,” what does formal policy look like? Is it going to be “hate speech” to disagree with gender ideologues presenting a worldview incompatible with biological reality, and unthinkable only a decade ago? The implications of this cannot be overstated. This is, simply put, the beginning of the criminalization of dissent in a way that even many hysterical alarmists would not have thought possible.

Mark Steyn once noted that the West has become so ridiculous that “we’ll all be arguing about transgender pronouns when the mullahs nuke us.” The criminalization of certain opinions is terrifying enough—but when you contrast the opinions of stay-at-home moms on trans issues with the real issues facing the nations like the United Kingdom and consider that the authorities seem to act far more decisively in their persecution of a mom with Twitter than, for example, screening returning jihadists—you start to get an idea of what the term “decadence” truly means.