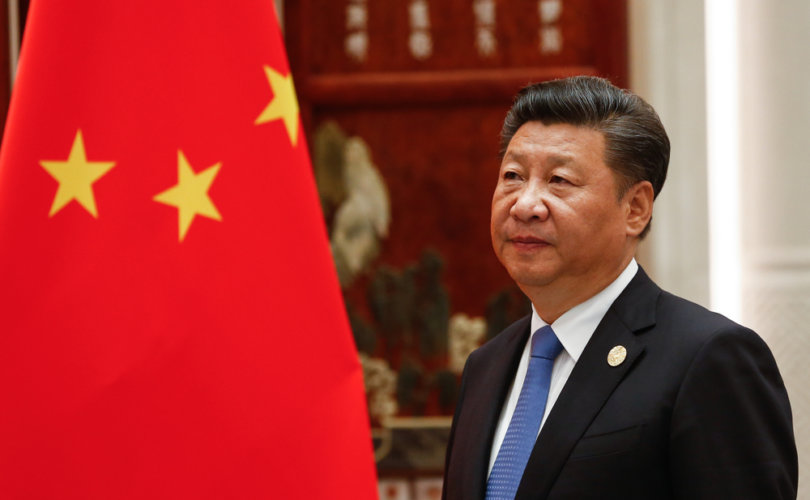 President of the People's Republic of China, Xi Jinping during the 2016 G20 summit in Hangzhou, China

August 26, 2020 (LifeSiteNews) – China has endorsed Joe Biden for President of the United States.  Not in so many words, of course.  But to anyone who is paying attention it is blindingly obvious.

The scale and sophistication of Beijing’s election interference is so large that it makes Russia’s alleged earlier attempts look childish by comparison.  And its aim is so transparent that the director of the National Counterintelligence and Security Center, William Evanina, has said so: “We assess that China prefers that President Trump—whom Beijing sees as unpredictable—does not win reelection.”

Evanina’s assessment is only partly correct.  The CCP leadership certainly prefers Biden.  But they hate Trump not because they see him as “unpredictable”, but rather because he has proven to be so utterly “predictable.”  Chinese leaders have been shocked to discover that the current occupant of the White House is doing precisely what he promised to do during the 2016 campaign:  He is recalibrating our relationship with China across all domains, from countering China’s theft of intellectual property to leveling the playing field on trade by imposing tariffs.

Dealing with an American president who actually keeps his campaign promises has been a new and very unpleasant experience for China’s leaders. They are eager to get back to the kind of backroom deals that allow them to continue ripping off America as usual.

It’s no wonder that the PRC propaganda apparatus is on fire for Biden.  If there is one American politician who, for a quarter century, has proven to Beijing that he is absolutely malleable when it comes to his China policy, it is Good Ol’ Joe.

At every turn, whether the issue in question was trade, investment, human rights, or national security, Biden has come down on China’s side.

In recent years, as the danger that China poses to the U.S. and the world has become ever more apparent, China Joe has continued his apology tour on behalf of the PRC.  He is given to uttering nonsense like “China is not our enemy.”

Someone should tell the former Vice President that the Chinese Communist Party has, from the time of its founding, regarded the U.S. and all free market democracies with hostility.  If your chief global rival believes that you are “enemies”, then you probably are “enemies”, whether you want to be or not.

China Joe is also fond of saying “They’re not bad folks, folks.” While this is certainly true of the Chinese people at large, the same cannot be said of the Chinese Communist Party and its leadership.  In fact, in terms of the sheer numbers of people who have died at its hands, this terrorist organization has no planetary peer.  From Chairman Mao Zedong—one of the great mass murderers of human history—to General Secretary Xi Jinping—who is running up quite a butcher’s bill of his own–these are not just “bad folks”, they are among the most evil human beings who have ever lived.

Perhaps the biggest favor that Biden has ever done for China is happening right now, every time he blames Donald Trump for the China virus.

Now the entire world understands, as Secretary Pompeo recently said in Prague, that “The Chinese Communist Party lies, and makes those who tell the truth disappear. The virulent pandemic that came from Wuhan spread so widely, and caused so much damage, because the CCP covered it up.”

Or as Peter Navarro puts it, even more succinctly, “The CCP lied and people died.”

But Biden would rather attack Trump than put the blame for killing 170,000 Americans and sickening millions more where it properly belongs.

China Joe now claims that, as President, he’ll be tough on adversaries.

Steven W. Mosher @StevenWMosher is the President of the Population Research Institute and the author of Bully of Asia:  Why China’s Dream is the New Threat to World Order.