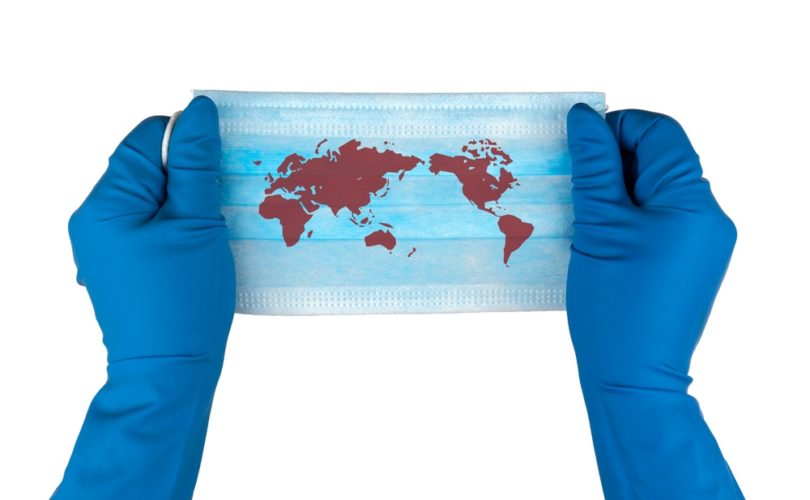 May 22, 2021 (LifeSiteNews) – I have long believed – based on a lifelong study of Communist China and my background in biology – that the China Virus was a laboratory construct.

At best, as I wrote in the New York Post on February 22 of last year, it was the result of a reckless “Gain of Function” experiment that created a highly contagious pathogen that somehow escaped from the lab.

At worst, it was a deliberate attempt by the Chinese military to genetically engineer a bioweapon that could be used to attack China’s enemies, chiefly the United States and India.

Until recently, merely hinting at either possibility was enough to get you banned from social media and dismissed by the mainstream media as a paranoid crank. In fact, that’s exactly what Facebook did, quickly suppressing my column as “False Information.”

It took a couple of months to convince the 20-something “fact checkers” who work there that there was more to the story of the Wuhan Flu than someone getting a bad bowl of bat soup. After all, there were scientific publications proving that China was engaged in dangerous “Gain of Function” research along with evidence that it had an active bioweapons program.

As the old joke goes, it’s not paranoia if they’re really out to get you. And, as I have described at length in my book, Bully of Asia, the Chinese Communist Party really is out to get us.

It doesn’t require much in the way of a leap of the imagination to anticipate that the same murderous regime that has brought us forced abortion and sterilization, forced organ harvesting, and genocide in real time would also be developing deadly bioweapons to release upon the world.

And we now know that China’s military strategists were planning to do just that.

The Australian Strategic Policy Institute (ASPI) has just uncovered a Chinese book that proves that Chinese military scientists have been working towards the development of a “new era of genetic weapons.” These weapons, the Chinese scientists promised, could be “artificially manipulated into an emerging human disease virus, then weaponized and unleashed.”

In the 2015 volume, called The Unnatural Origin of SARS and New Species of Man-Made Viruses as Genetic Bioweapons, the Chinese military scientists begin by suggesting that World War III would be fought with biological weapons.

And not just any bioweapons.

Coronaviruses, a number of which cause respiratory illnesses in people, were mentioned as a class of viruses that could be readily weaponized. Indeed, the Chinese scientists were even more explicit, pointing out in their paper that the coronavirus that causes Severe Acute Respiratory Syndrome, or SARS, was an ideal candidate for a bioweapon.

I do not think that it is any accident that the China Virus – or COVID-19 as the World Health Organization insists that we call it – is a type of SARS virus.

Now you understand why Peter Jennings, the executive director of the Australian Strategic Policy Institute (ASPI), described the new document as the closest thing to a “smoking gun as we’ve got.”

News.com.au quoted Jennings as saying that “I think this is significant because it clearly shows that Chinese scientists were thinking about military application for different strains of the coronavirus and thinking about how it could be deployed. It begins to firm up the possibility that what we have here [in the China Virus] is the accidental release of a pathogen for military use.”

Jennings also believes, as I do, that the China Virus’s origins as a bioweapon explain why China has blocked investigations. “If this was a case of transmission from a wet market it would be in China’s interest to co-operate,” Jennings pointed out. “We’ve had the opposite of that.”

Indeed, we’ve had a full-blown cover up, which continues to the present day. As former Deputy National Security Advisor (DNSA) Mathew Pottinger pointed out in a February interview., U.S. intelligence believed that the Chinese People’s Liberation Army (PLA) had been “doing secret classified animal experiments in that same laboratory [Wuhan Institute of Virology]” as early as 2017. He added that there is “good reason to believe” that an outbreak of a “flu-like illness” had occurred among the scientists in the Wuhan Institute of Virology (WIV) in the fall of 2019, just before the first cases of a new type of pneumonia were being reported in Wuhan.

While the Wuhan lab poses as a “civilian institution,” Pottinger said, U.S. intelligence has determined that the lab has collaborated on publications and secret bioweapons projects with China’s military.

Pottinger also noted, as I did in my February 2020 article, one final – and very telling – point: when the outbreak in Wuhan began it was the Chinese military, and not the Chinese CDC, that was called in to handle the situation.

This is exactly what you would expect to happen if the China Virus was a product of a military bioweapons program.

No one currently serving in the Biden administration has been willing to go quite this far. But even they have begun to backtrack from the bat soup story of late.   Biden’s Director of National Intelligence, Avril Haines, recently admitted that one of the two possible explanations for the origin of COVID-19 would involve an “escape” from a Chinese bio lab in Wuhan.

Former Secretary of State Mike Pompeo said that, where the CCP is concerned, America should “distrust and verify.”

More and more evidence suggests that the China Virus was indeed a bioweapon that was deliberately released upon the world.