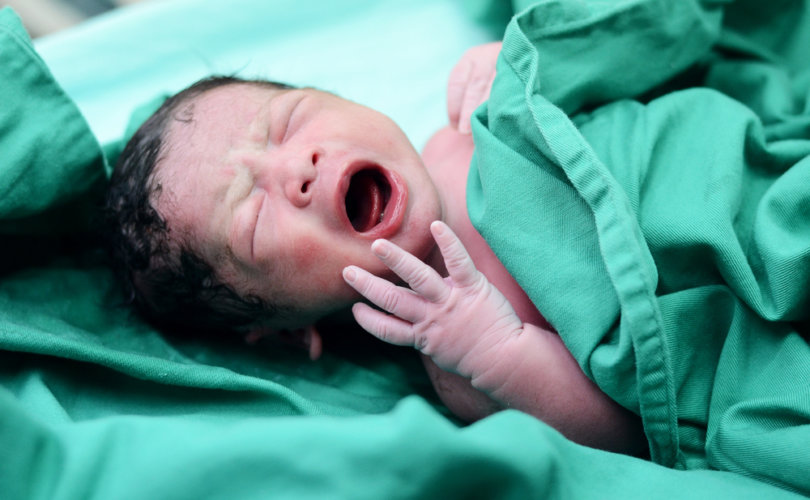 Communist Party officials fanned out across the country arresting young mothers—some seven, eight, or even nine months along–for the crime of being pregnant. These were taken to clinics where their unborn babies were given “poison shots” while still in the womb. Cesarean sections to remove the now dead or dying infants followed.

But the most horrifying crime was infanticide.

The “shot” could not be given to a woman who was already in labor when she was brought in. So, the doctor would fill his syringe with formaldehyde and wait, needle at the ready.

When the baby’s head came into view, he would stick the needle into the soft spot and inject the poison deep into the brain. When the baby was born, sometimes only minutes later, it would already be convulsing and dying.

Other ways of disposing of such “illegal births” included drowning and smothering. Some babies were simply thrown into wastebaskets and left to die.

I was deeply shocked by Beijing’s crimes against mothers and babies, and left China determined to call attention to their plight. Years of conferences, campus speeches, and media interviews followed. My testimony helped convince Congress to cut funding—through the U.N. Population Fund–to China’s horrific program. I am proud to say that funding cut-off remains in place today.

I had long been certain that the kinds of atrocities I had witnessed in China could never, ever happen here. In communist China, yes, but not in democratic America. Not in the land of the free and the home of the brave.

Now I am not so sure.

It was the Democrat governor of Virginia, Ralph Northam, who first alerted me to the possibility that I might be mistaken about the character of my country.  In a bizarre radio interview, Northam extended the “right to choose” past the point of childbirth, saying that babies could be killed—by medical neglect—after they were born.

Then on February 25th, the U.S. Senate drove the point home. Forty-four members of that body banded together to throw out Nebraska Senator Ben Sasses’s carefully worded resolution banning infanticide.

In opposing his Born-Alive Abortion Survivors Protection Act, each and every one of them, including New York state’s two senators, were in effect legalizing the killing of babies.

Refusing care to those born alive after a failed abortion is, after all, a death sentence.

And it is an unspeakably cruel death sentence to boot. How long does a newborn who is denied food and water survive?  Hours?  Days?

In contrast to the prolonged suffering caused by this “medical neglect,” China’s lethal injections seem almost … humane.  At least they end the baby’s agony quickly.

Watching the Senate endorse infanticide, I felt as though I had suddenly been transported to another country—a country with no history of respect for human rights, a country whose written constitution was just a piece of paper to be shredded at will by a handful of powerful men and women, a country where the strong trampled on the rights of the weakest members of society.

I felt, in short, like I was back in China.

In fact, by effectively legalizing infanticide, America has not only abandoned any claims of moral superiority over China it has, in a sense, sunk even lower than that brutal regime.

As everyone knows, the Chinese have no say in the laws of their country, they are merely subject to them. The rules are set by the Chinese Communist Party

So, it was communist leader Deng Xiaoping who in 1979 first ordered his officials to “Control China’s population by whatever means you must. Just do it. With the support of the Chinese Communist Party, you have nothing to fear.”

As local officials scrambled to carry out the leader’s orders, forced abortions and infanticide followed as surely as night follows day

As a democratic people, we are thus twice guilty. We are guilty the first time in allowing laws that permit abortion up to childbirth and beyond. And we are guilty a second time in the actual acts of late-term abortion and infanticide.

We cannot hold the Chinese people—pawns of the Party—responsible in the same way.

Infanticide is an evil choice, one which in the past has only been found in countries which do not respect human life at any stage, from conception to natural death.

Now one of our two political parties is so committed to abortion that they want to extend the “right to choose” past the point of childbirth. We, as a people, have now entered dangerous new territory.

Let me put it this way.